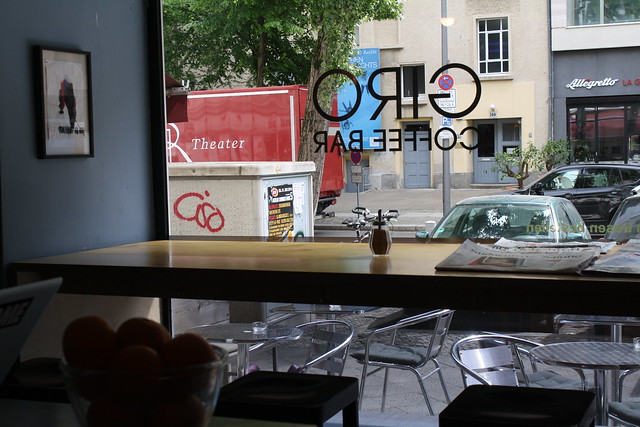 If there’s one thing I never worry about, it’s a shortage of coffee shops in Berlin; it seems I can’t walk 500 meters in my neighborhood without coming across one. At the same time, it feels like most of the specialty roasters and third-wave cafes are centered in Neukölln, Kreuzberg, Friedrichshain, Prenzlauer Berg, and Mitte–you know, the “hip” parts of Berlin. But what about when I go west?

Well, I can’t speak for everyone, but I know that when I am Charlottenburg, my new go-to spot is Giro. Opened in 2011 by Igor Paasch and Ralf Weber, Giro is an uncomplicated, quality cafe.

I initially found Giro while searching for cafes near Ernst-Reuter-Platz, because I wanted to get some work done before heading to an appointment in the area. The timing didn’t work out for me though, as I was running late, so I was only able to get a coffee to go alongside a piece of chocolate cherry vegan cake. Verdict: both were great.

The second time I visited, I had a little more time to kill, so I stuck around to enjoy the atmosphere and use the Internet. Both times I was there, Weber was working, and he struck me as friendly and accommodating, greeting all of his customers promptly and enthusiastically, and even taking the time to reboot the router when the Internet wasn’t working for me.

I ordered an iced coffee (served in lovely glasses, pictured below) and had a panini (available as vegetarian or vegan). I also am a fan of how Giro always has something vegans can eat, be it paninis or banana bread, or that chocolate cherry cake from before. But even if you’re not vegan–if you just like good coffee and good service–do check Giro out. Pro tip: there’s apparently also a location at the new Bikini Berlin. 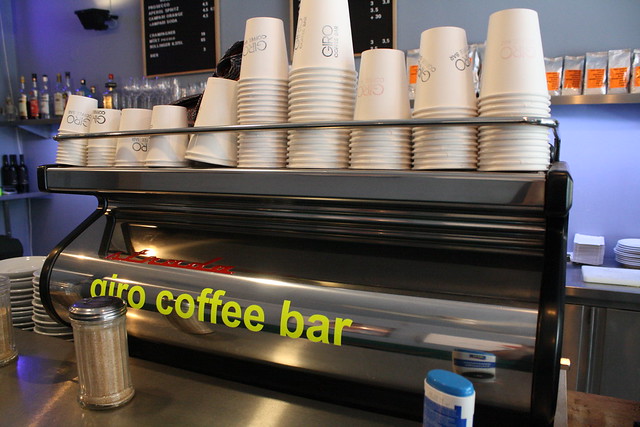 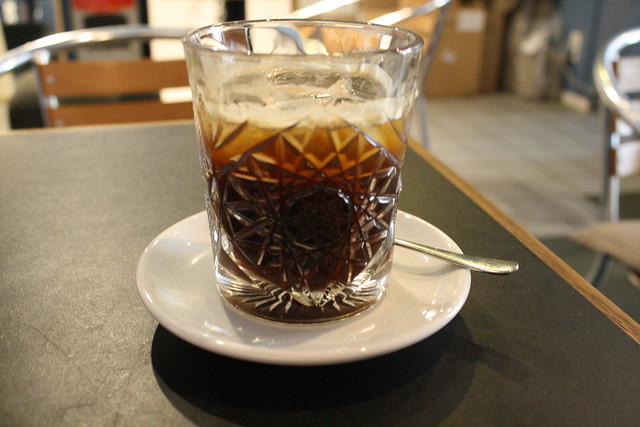 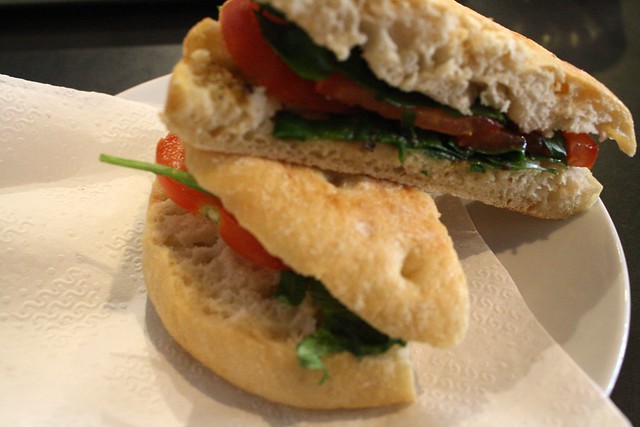 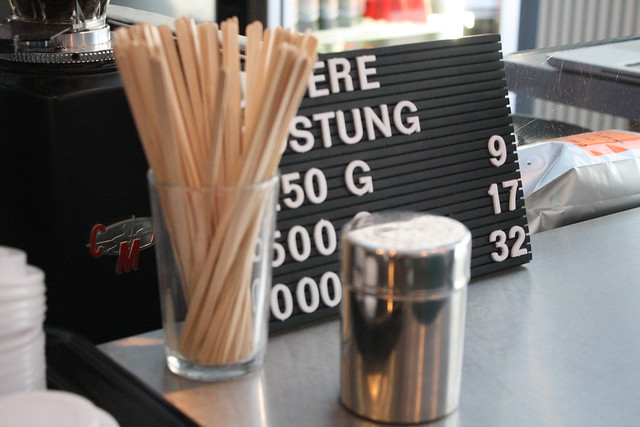 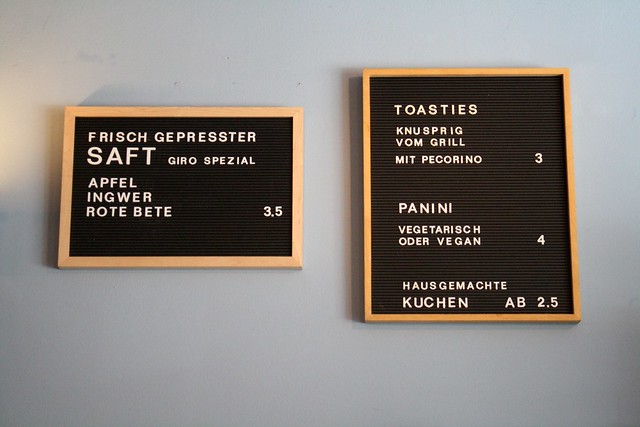 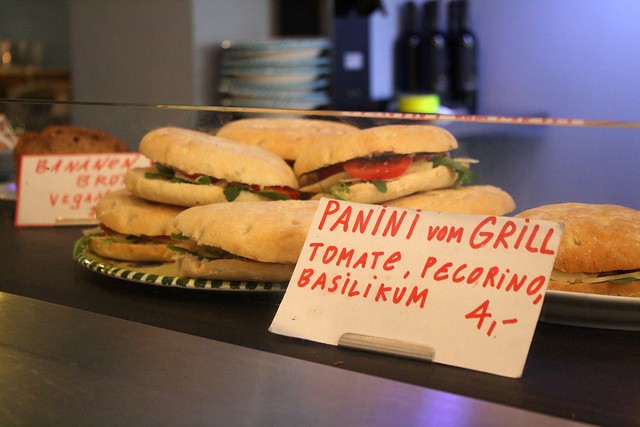 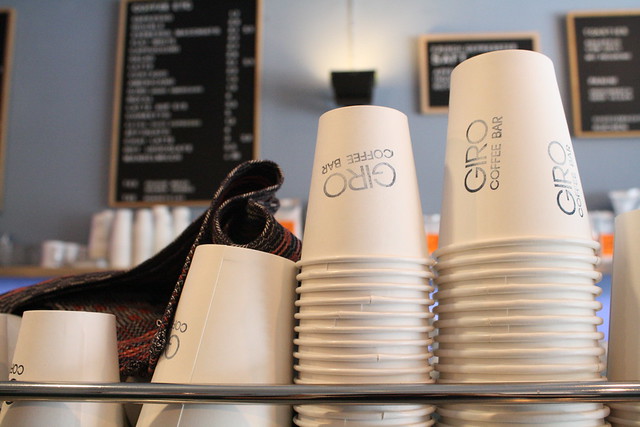