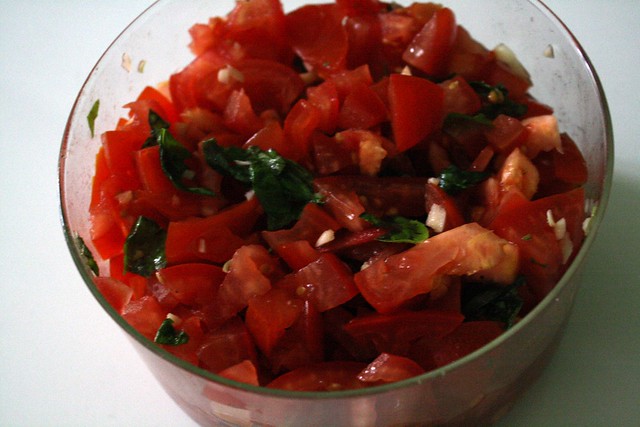 Bruschetta with Tomato and Basil from Simply Recipes from Simply Recipes
During the World Cup, I found myself making a lot of snack foods for watching the games, and this recipe was one of those. I looked up a bruschetta recipe and they all are pretty similar, but this was the first I tried and it was great. It’s full of flavor and best when fresh. 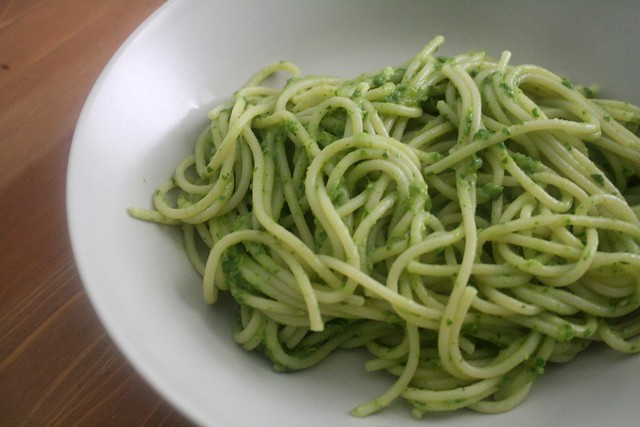 Creamy Avocado and Rocket Pasta from Amuse Your Bouche
I rarely crave pasta, but for some reason I wanted it multiple nights in a row… so I decided to try this super easy recipe. The sauce is pretty straightforward, though once it was done, it tasted a lot like guacamole. I thought it would be weird, and when we had it on the pasta it was fine, though a bit boring. So we cut up some tomatoes and threw those on top, and it was much improved. Definitely a good base and easy to make, though I think in the future it would be good to put a variety of veggies or fruits in the pasta to make it a bit more interesting. 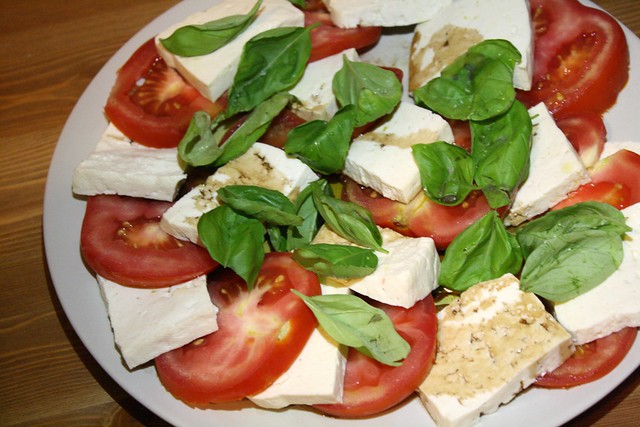 Vegan Caprese Salad from PBS
I was skeptical about achieving a mozzarella taste simply with tofu, but this recipe worked. I made it particularly to use up our excess of basil, but it also was the right snack for the heatwave we were experiencing at the time. I will definitely keep this recipe handy for future use.