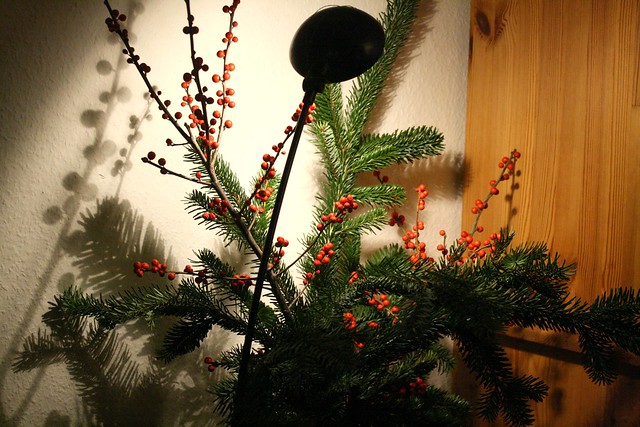 I realize this is a nearly two months overdue, and I honestly don’t have too much to report, but I at least wanted to talk about our Christmas celebrations. The past three years have been spent with my husband’s side of the family, more specifically my mother-in-law and her husband. Up until 2012, it was a bigger affair; Germans love the term “patchwork family” to describe unconventional family units, and with divorces and kids and new partners, there are a lot of branches going every which way. But sometimes, smaller is better (less drama), and so 2013 and 2014 consisted of just me, M., his mother, and her husband. We’re basically neighbors, so it’s also easy to coordinate things.

This past year, M.’s mother adopted a vegan diet, which made Christmas Eve dinner even easier than before. Instead of multiple kinds of everything, we had all vegan food, and each of us took responsibility for a couple of courses. For our starter, we had pumpkin soup, along with a gluten-free nutty “bread” and sun-dried tomato spread. Our main course was a vegetable quiche, and dessert was a combination of a chocolate marshmallow pie recipe from my dad that I veganized, and warm Bratäpfel drizzled with a vanilla sauce. I think it would be fair to say that we ate well. All in all, we probably spent a good four or five hours talking, eating, and relaxing. 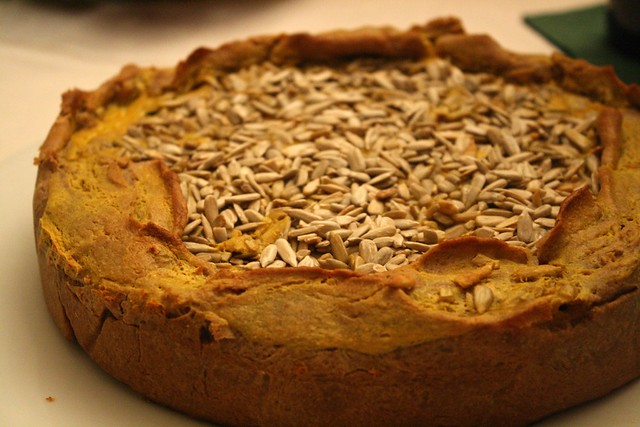 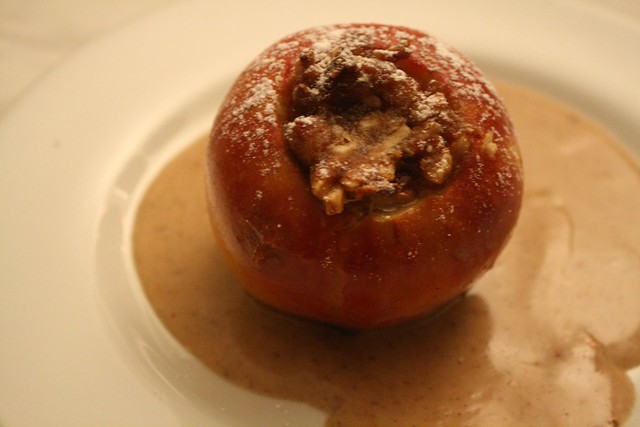 The following day was Christmas day, and we resurrected our meal from the year before by making vegan duck, since duck is a very traditional dish at German Christmas celebrations. We paired that with potatoes and Rotkohl, the latter of which was supposed to go with dinner the night before, but which was forgotten about (does every family always seem to forget to put one of the dishes on the table, or just every family I am a part of?). But luckily it paired perfectly with our dinner plans. The rest of our two days off were spent sleeping in, eating long breakfasts, reading, watching things online, and going to see the final installation of The Hobbit. Now we’re going to have to find a new movie or trilogy to watch in the theaters for Christmas… 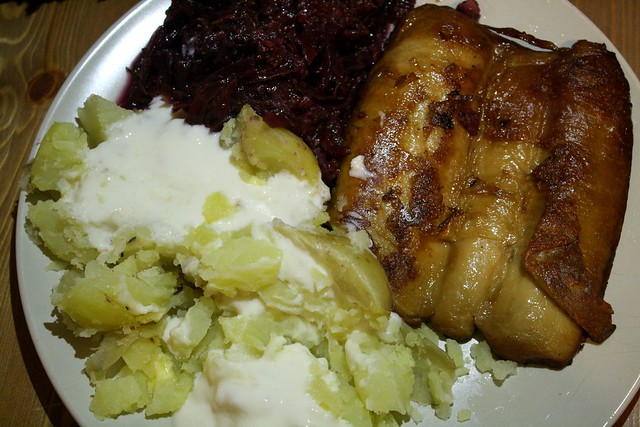