While in Helsinki (in June/July of 2013), during an impulsive turn of events, I ended up at the amusement park Linnanmäki (more on that another time). The original reason for visiting was to go to Panoraama, a 174-foot (53-meter) tall observation tower. It was built in 1987 and is free to the public. From this high up, you can see a view of the city that is probably the best in all of Helsinki (namely because the only tall buildings are towers). It was fun to go toward the end of my trip, because instead of just sightseeing, I was able to add perspective by seeing from above the places I had already been. 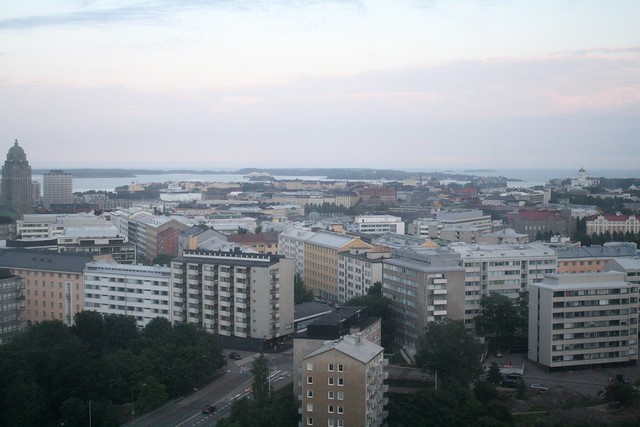