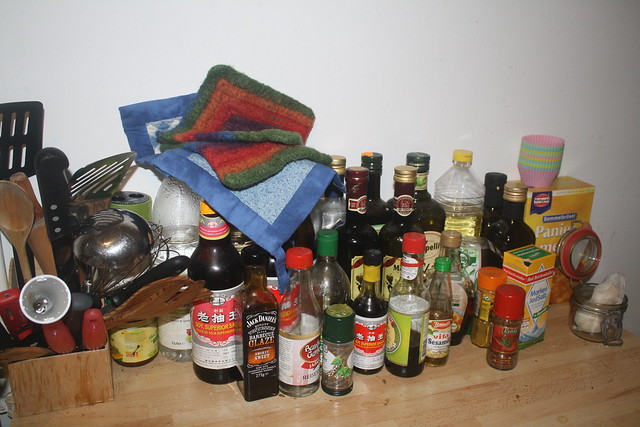 It’s hard to believe that it’s coming up on four years since I’ve lived in this current flat. After a tumultuous first six months in Berlin and not entirely secure living situations (something most any transplant to Berlin can vouch for), I moved in with M. in the early stages of our relationship. Part of it was to escape a toxic living situation I was in and to be someplace (hopefully) more stable, but it was also to test the waters for ourselves and see how living together was. Thankfully it worked out, and I do not envy friends of mine who have to live in a WG. Some people love roommates, but I am happy to put that chapter of my life behind me.

I pretty much fell in love with our spot the first time I saw it (M. had been living there for more than half a decade before I moved in), but there were some downsides. No balcony, for one. And then there was the issue of the kitchen. I don’t blame him for not having put much energy into the room, because as a single guy living on his own, he just didn’t spend much time in there. But once I moved in, I made it clear that we had to do something to make it cozier, cleaner, more inhabitable overall. Some people say the kitchen is the heart of the home. I don’t know if I am that cheesy, but I do think it’s an important room, and if it’s not a place you feel welcome and secure, you’re not going to want to cook much.

It took a good nine months before anything happened, because of time and money. But eventually we started the process of getting ourselves a new kitchen (something that isn’t a given in Germany). I’ve been meaning to share the transformation for some time now, but it wasn’t until Cynthia posted about kitchens that I was really motivated to do so. I’ll share the process and the result in additional posts, but first, here’s pictures of what the kitchen looked like when I moved in. In the first photo you can see how all our cooking supplies, like spices and oils, were haphazardly arranged on a table, which drove the organizational side of me mad. 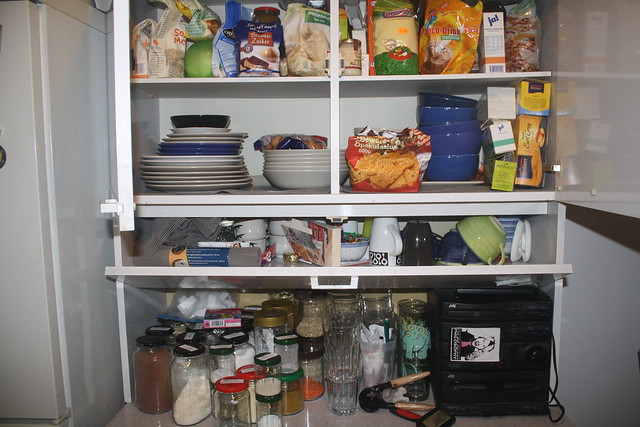 This is an example of the inside of the pantry. Dishes were on one shelf, glasses were below, and food was put wherever it fit. The worst part of this was simply trying to find the proper ingredients or take stock of what we did or didn’t have in just a single glance. 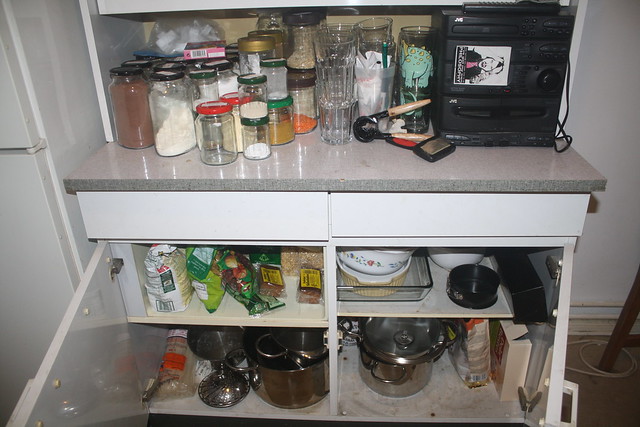 Here you can see more of the same. Lots of dishes below, plus additional bits of dry goods that didn’t fit above. 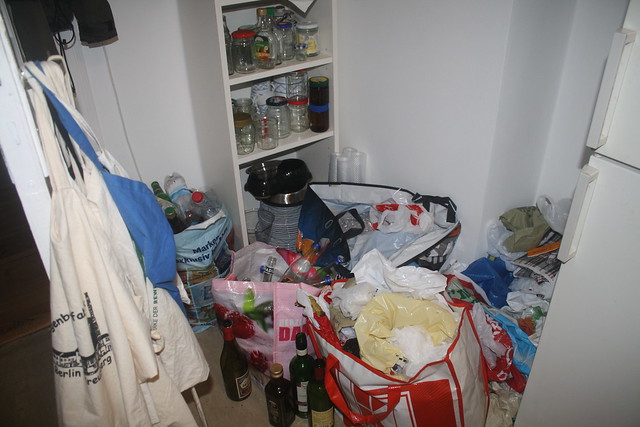 Here is kind of a worst-case scenario of what it looked like when we hadn’t yet taken our recycling down, with bags and bottles piling up behind the door. We have a pretty good-sized kitchen, but we just hadn’t found a way to economically use the space. 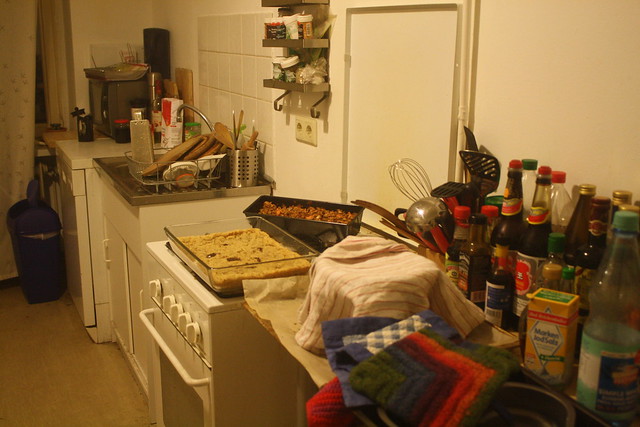 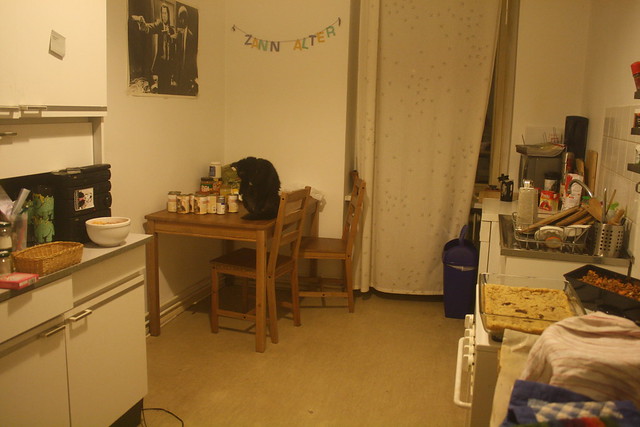 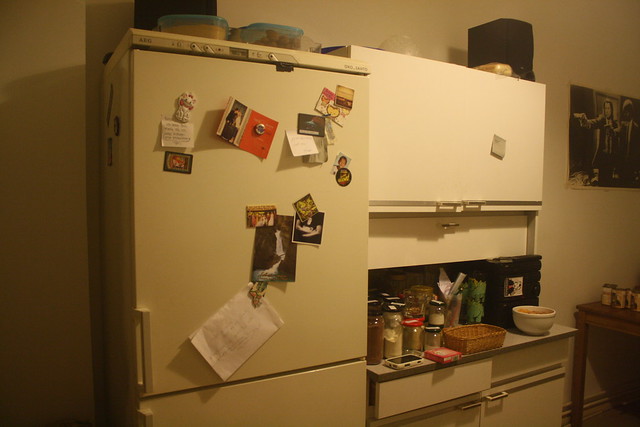 And finally, three views of the room from standing in the doorway. Though taken at night, you can still see how the kitchen was very dark, not welcoming, cold, and sterile. We definitely had our work cut out for us.