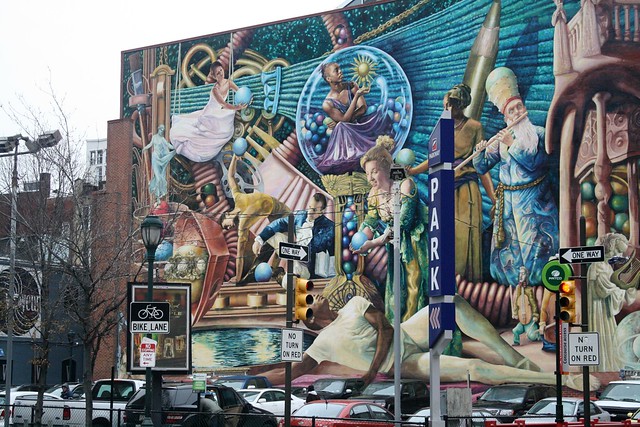 Living in Berlin, street art is the norm — especially so in Kreuzberg and the surrounding neighborhoods. But in addition to the art, there’s also “art,” and there’s certainly plenty of graffiti. While some people think it makes the city dirty, I don’t mind it, because it adds character to the neighborhoods, and the slogans and phrases people tend to spray across buildings tells a lot about the changes that are happening in Berlin at any given time.

Given that street art is such a normal part of my everyday existence, it’s something I love to seek out in other cities. Luckily, during our trip to Philadelphia last December, our lovely hostess, a dear friend from graduate school, had been living in the city long enough that she knew a lot about the street art there.

I wouldn’t have thought street art would be a “thing” in Philadelphia, but surprise, it is. In fact, this is largely due to the Mural Arts Program, which began in the mid-1980s. It was founded as an effort to stop graffiti, and in addition to artists being commissioned to paint large murals on buildings, many people who had been caught graffitiing have been hired to help with the art or the program. Today, Philadelphia has more murals than any other city in the United States.

Of course, I realize street art is historically/traditionally art that is not publicly sanctioned, so a funded program like this is not “true” street art in that sense, but I still think it counts. And murals aside, there still is graffiti and street art in Philadelphia. In that sense, I sort of felt at home while there, because it has that same sort of creative grit that I feel here in my neighborhood. 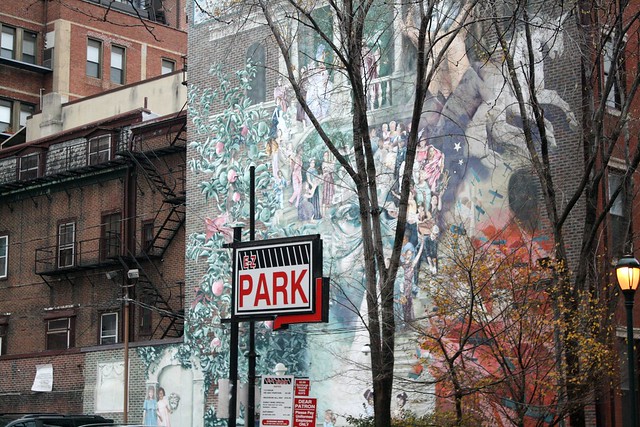 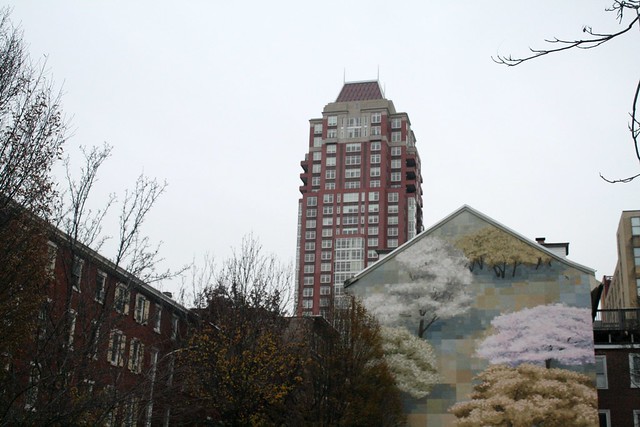 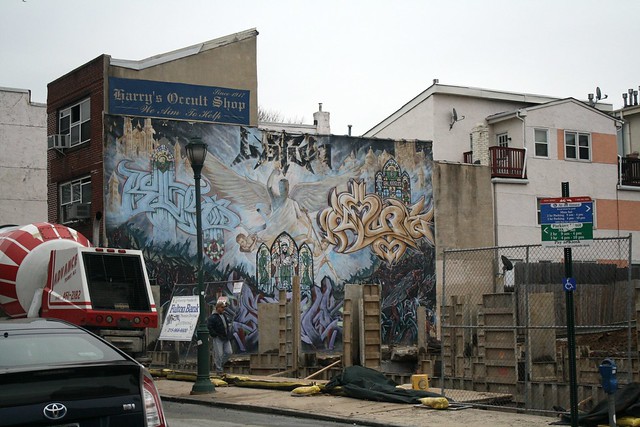 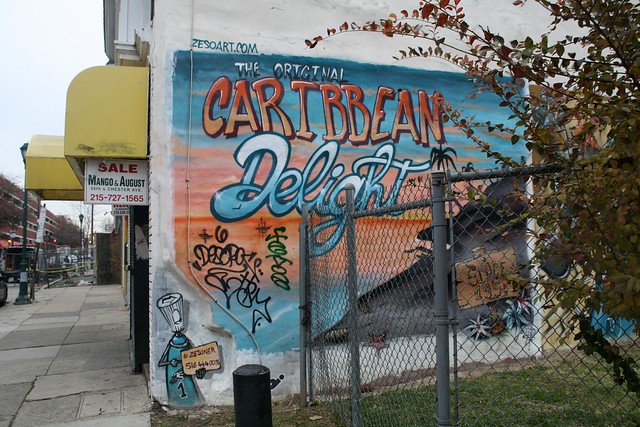 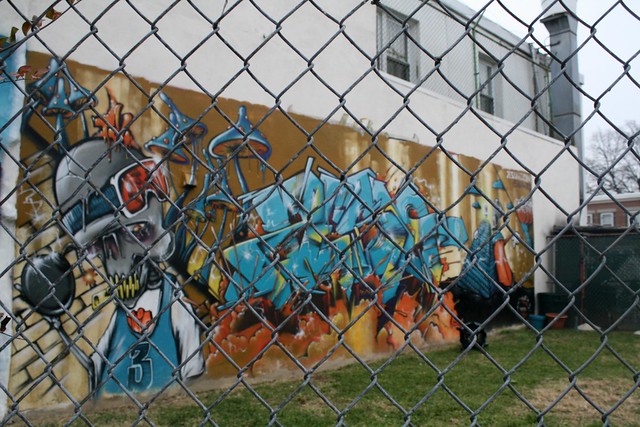 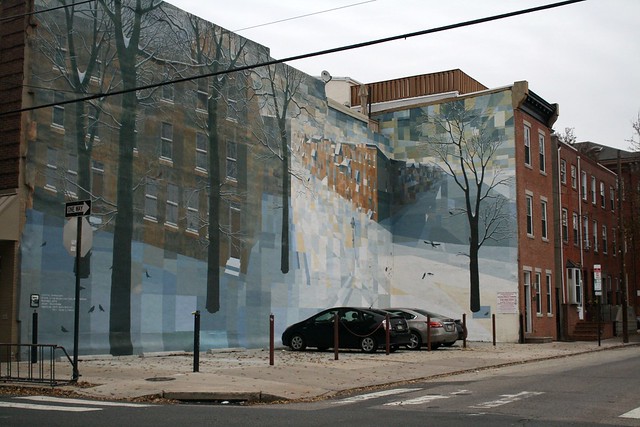 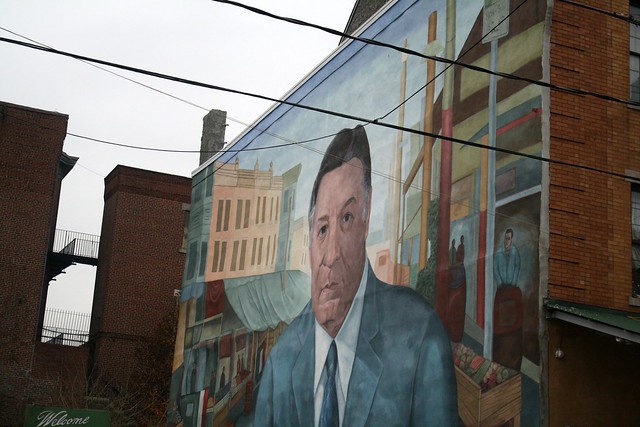 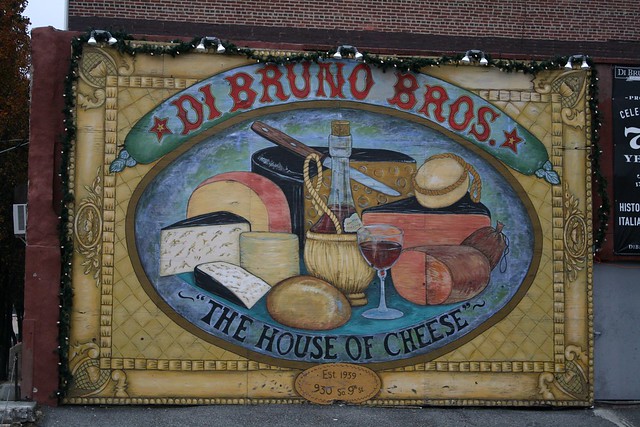 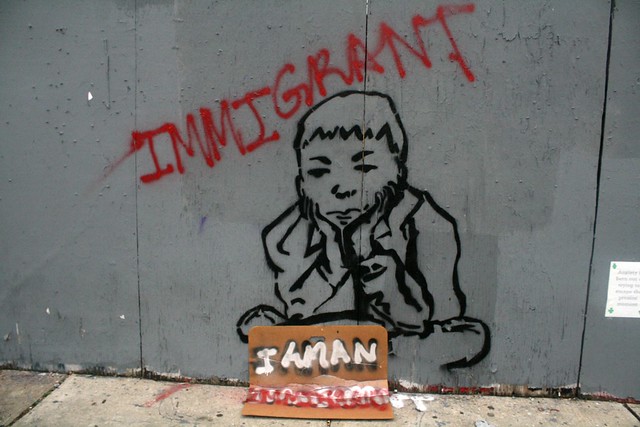 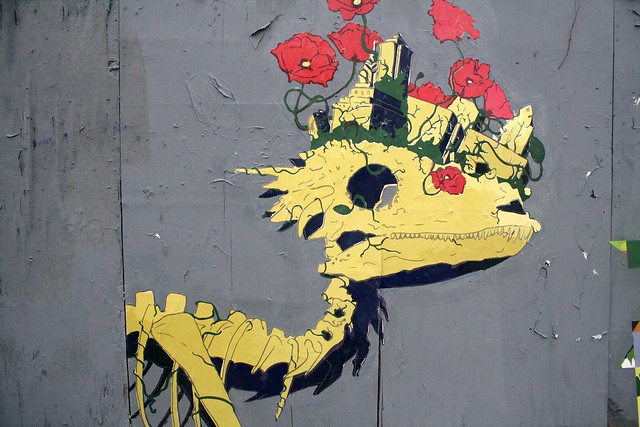 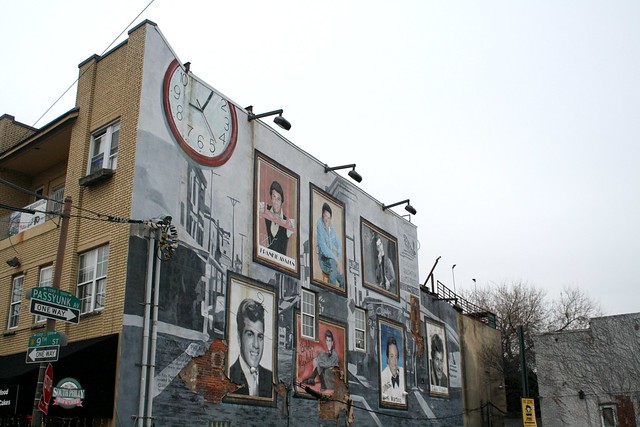 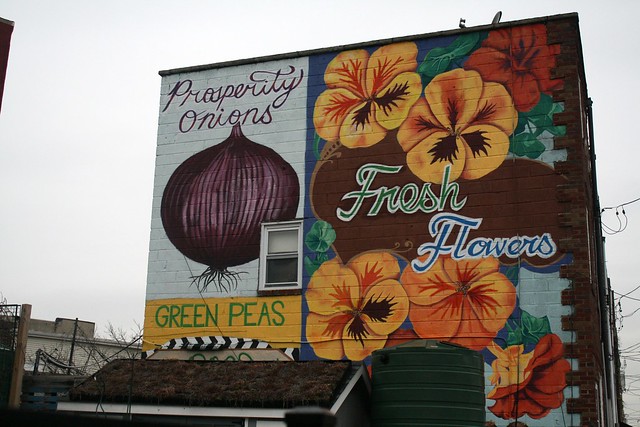 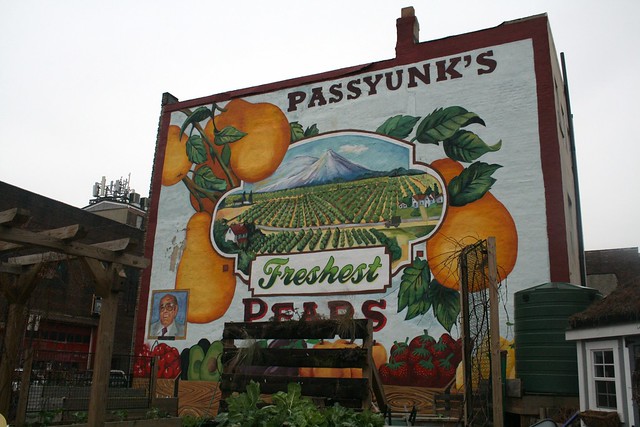 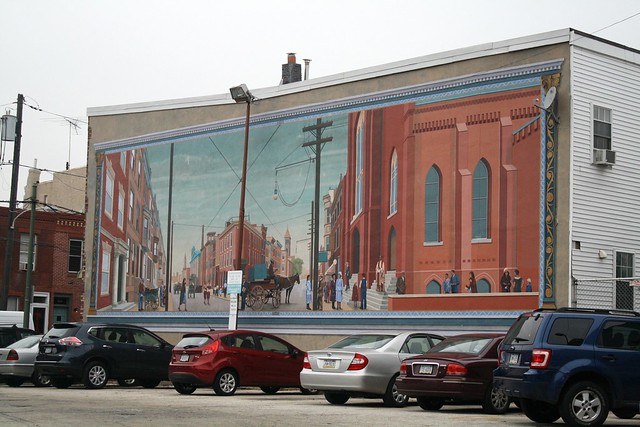 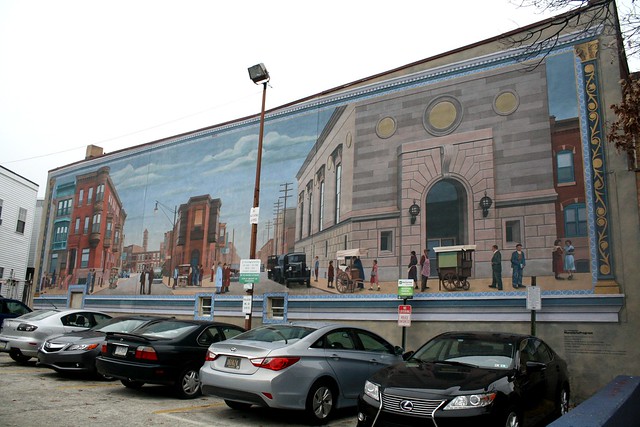 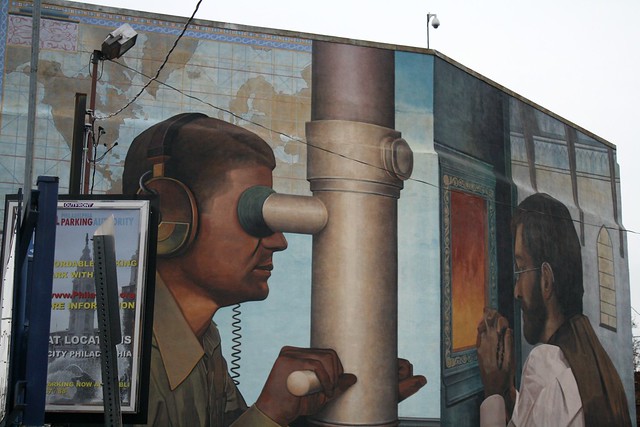 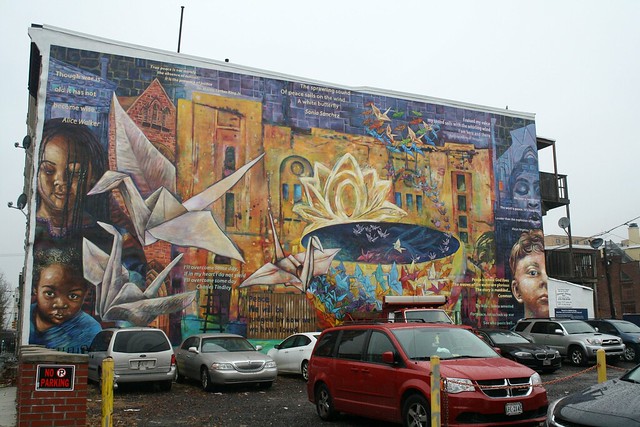 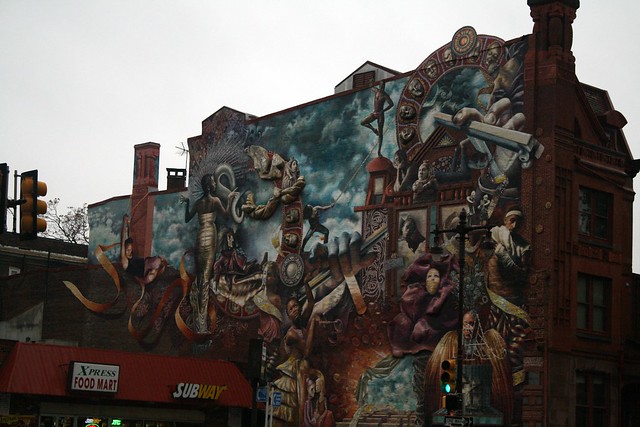 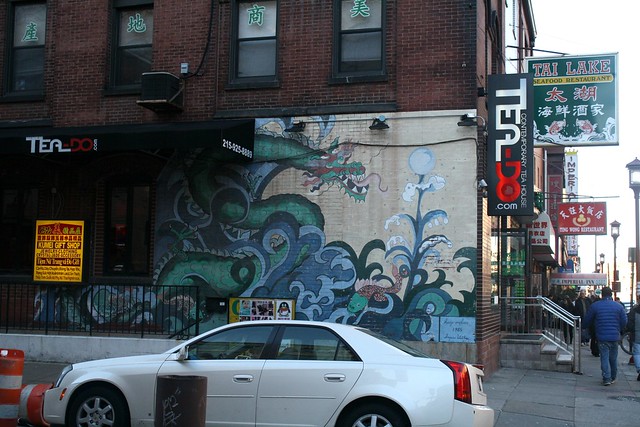 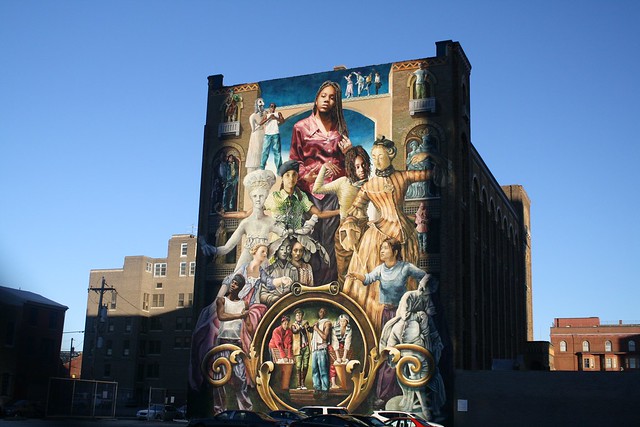 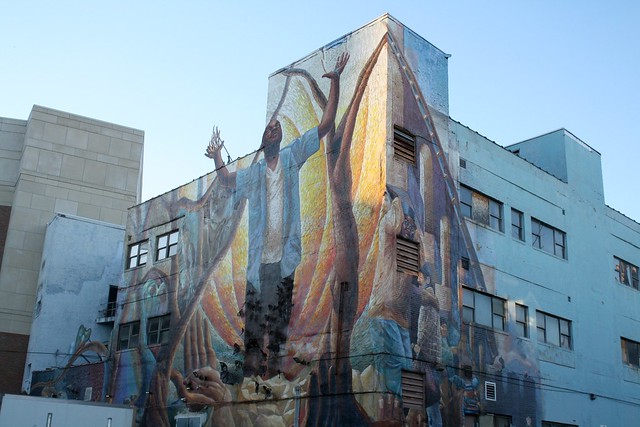 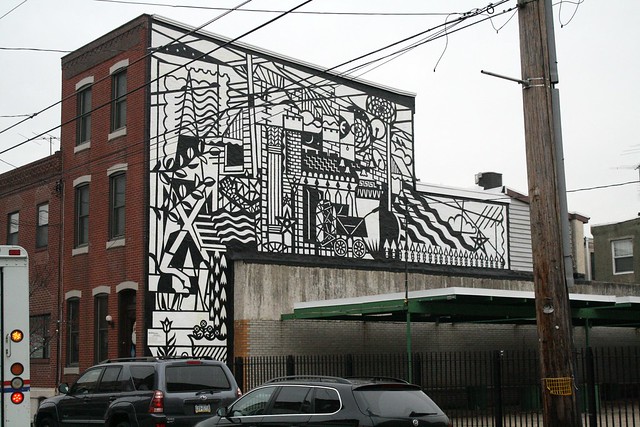