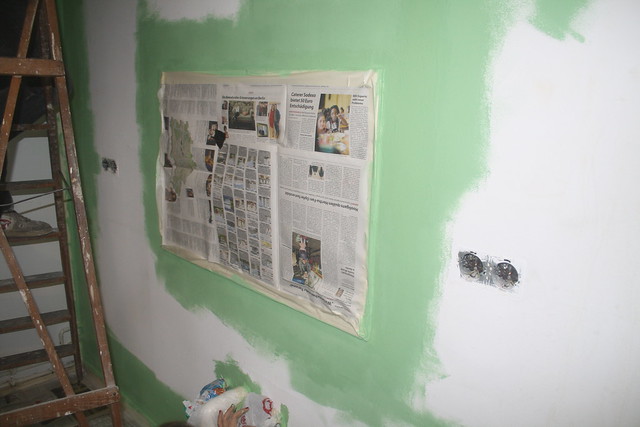 So let’s see, we’re still on the topic of kitchens. As I briefly mentioned in my last post, it’s not uncommon to move into an apartment in Germany and not have a kitchen or only have the bare minimum, like a sink. As such, people have to buy kitchens to fit in a space, whether that means getting one secondhand or doing a custom job. Going into it, our main goal was to maximize the space (narrow but long) but not have it too cluttered. What that meant was storage, storage, storage!

We opted to get a kitchen from IKEA, which was definitely a major test for our relationship, as we were there at least half a dozen times (and probably more) over a period of two to three months. First we picked things out in the catalog, and then we showed up and saw them in person and realized we wanted something different. Then we had to make sure everything fit, which wasn’t easy when working with our constraints (namely that the water and gas hookups were in a certain spot, which meant the sink and dishwasher and oven/stove didn’t have much wiggle room in terms of where they could be placed).

M. took a few days off work in early December (this was 2012) so that we had a good five or so days to get things done. We scheduled it around our expected delivery from IKEA, which took three or four weeks after ordering because of needing custom countertop sizes, giving ourselves a couple days to empty and clean the room, paint the walls, and put down flooring. Then when the packages arrived, we had another couple days of putting everything together (you can pay IKEA to put your kitchen together for you, but we didn’t want to spend money on that). And then there was another week or so when things weren’t completely done because we needed help of M.’s mother’s husband or we needed to go back to IKEA and to Bauhaus to get a few little bits and bobs. Let’s just say we ate out a lot that week.

But in the end, we had the kitchen we had hoped for. Those pictures will come in the next post, but for now, here are some shots of the “during” phase. It was at this point that we discovered some annoying things, such as the wall being not straight (what do you expect with a building that’s 100+ years old?) and lots of dirt and grime buildup from the years. 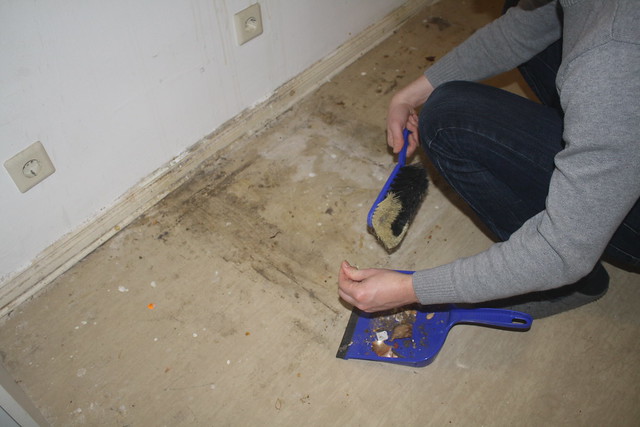 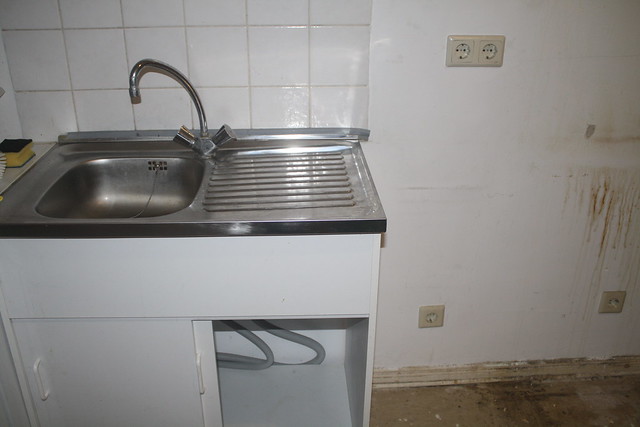 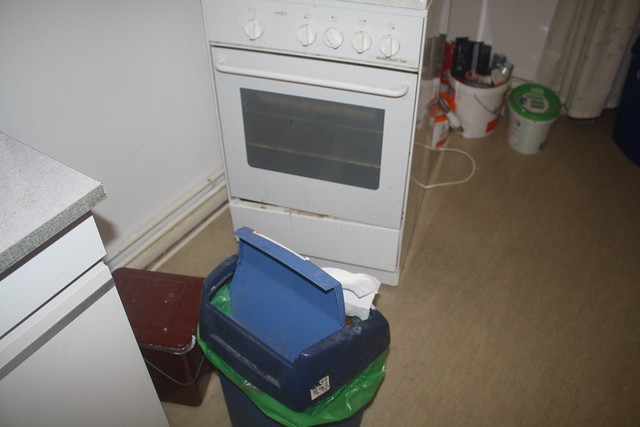 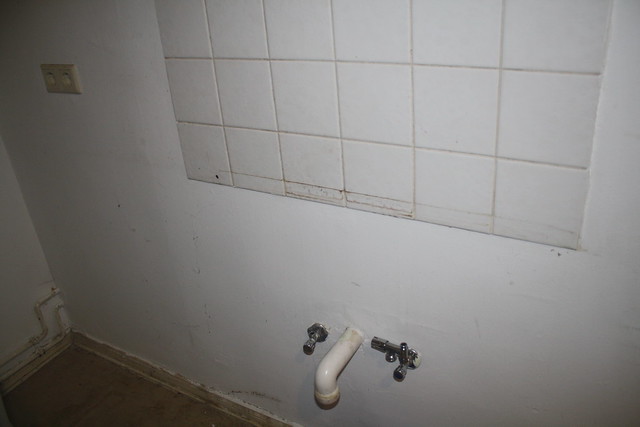 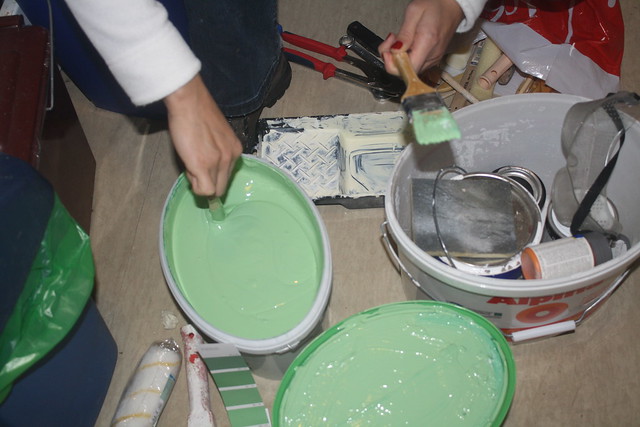 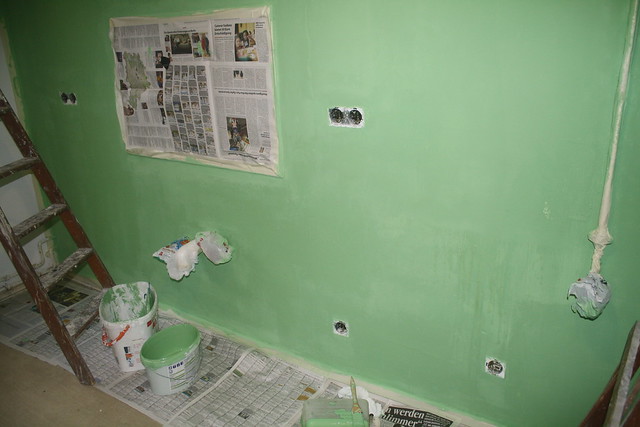 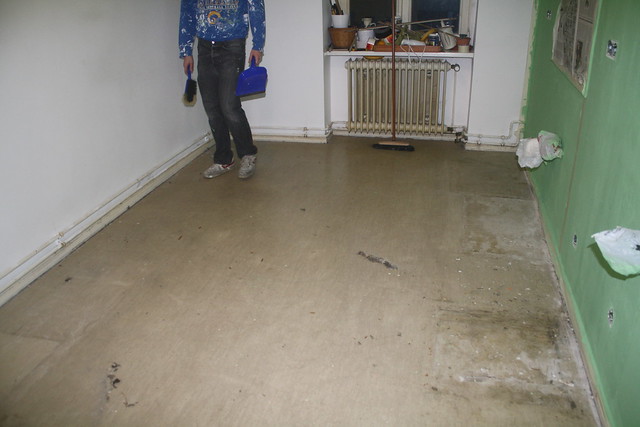 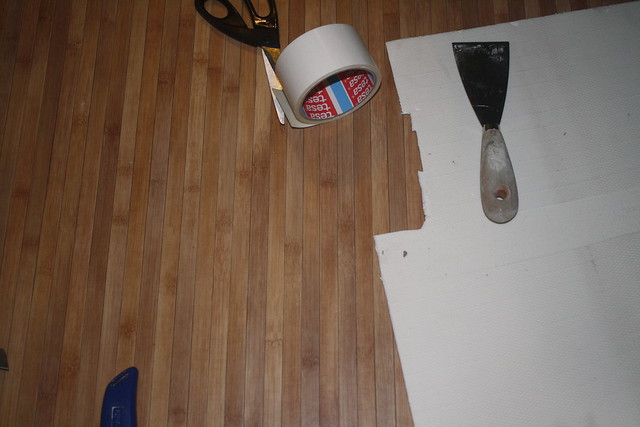 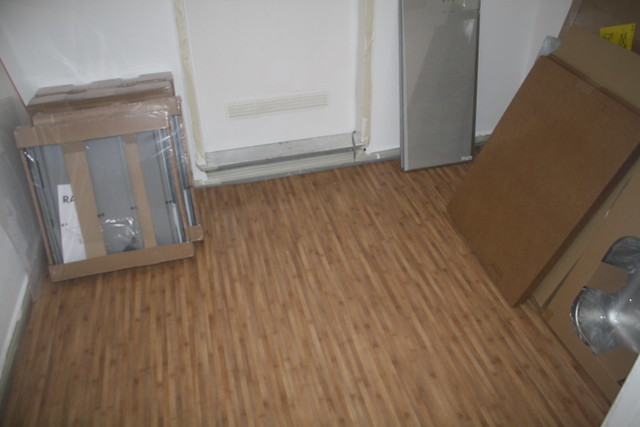 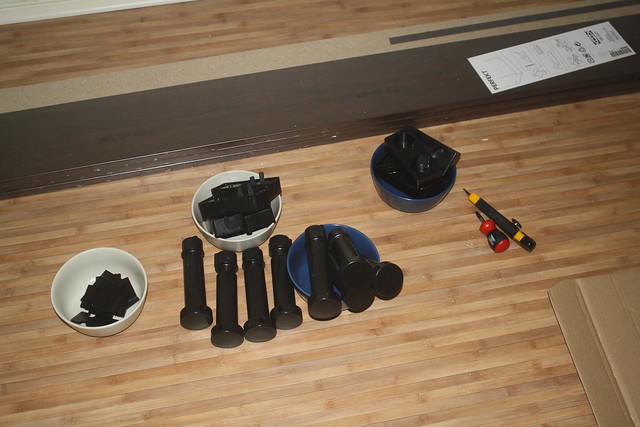 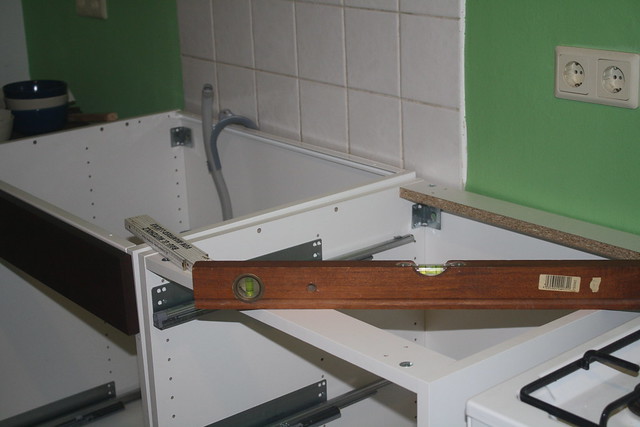 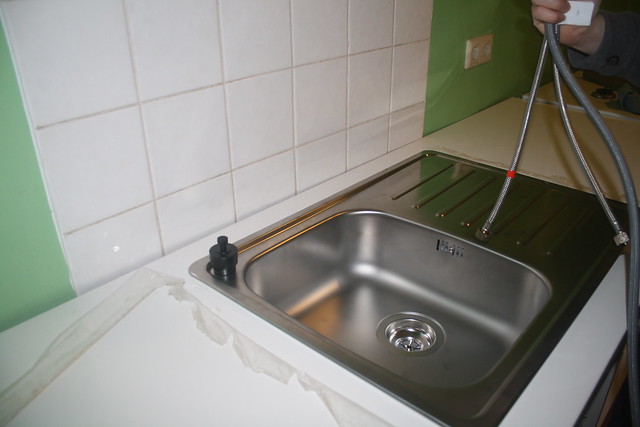 And as a bonus, here are three photos of what our living room looked like during that time. We had no where else to put our stuff, so it was all packed in here, and for a week I felt like I was on an episode of “Hoarders.” I was super happy when that part was over. 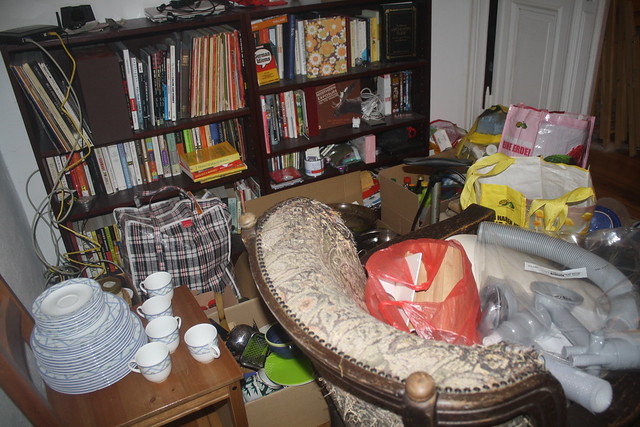 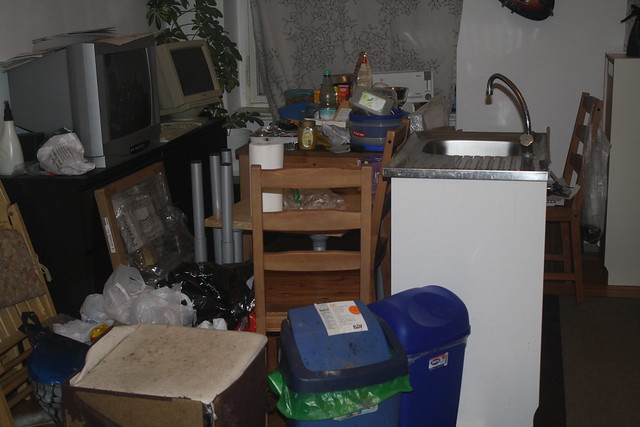 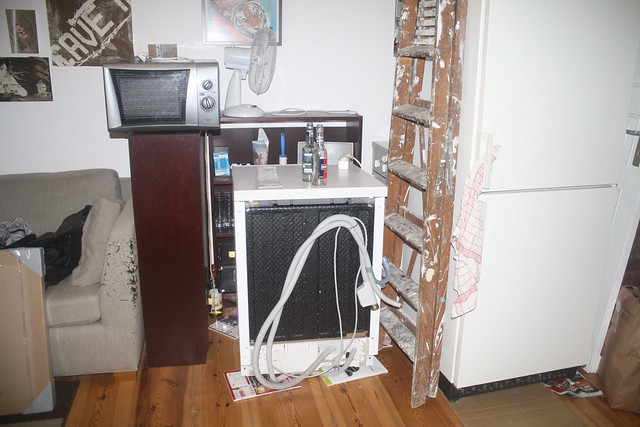