About once a month, M. has to work a Saturday, which means that although he is tired after a six-day work week, he then gets a Sunday-Monday off, followed by a four-day work week. While I wouldn’t wish for this schedule all the time, I do tend to enjoy it when it comes around, because it means that I not only have a Saturday to myself where I can meet friends for brunch or coffee and not feel bad for excluding him, but we also get that Monday free. And since I’m a freelancer, I do my best to get work done in advance so that we get the full two days together. For some reason, it feels a bit more special to have a day of fun together when everyone else is working.

Today started off like most days off, which means sleeping in, though M. wakes up before me and reads on his phone, or peruses his latest computer magazine, or plays a game on the computer. Unlike normal days, when he lets the cats in the bedroom upon waking, he kept them out, which means I got to sleep peacefully and undisturbed. I imagine this is what it will someday be like with kids: me appreciating the mornings he spends with them and lets me sleep in. 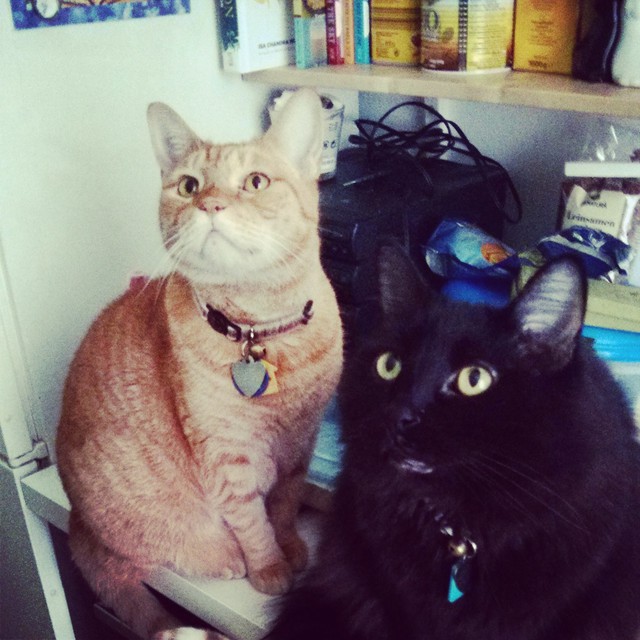 Next headed to the kitchen with the cats, where we had breakfast, which is usually tofu and rolls for him and a smoothie and coffee for me. I tend to make everything for us both and play Candy Crush while enjoying my coffee, and M. usually cleans up everything after. 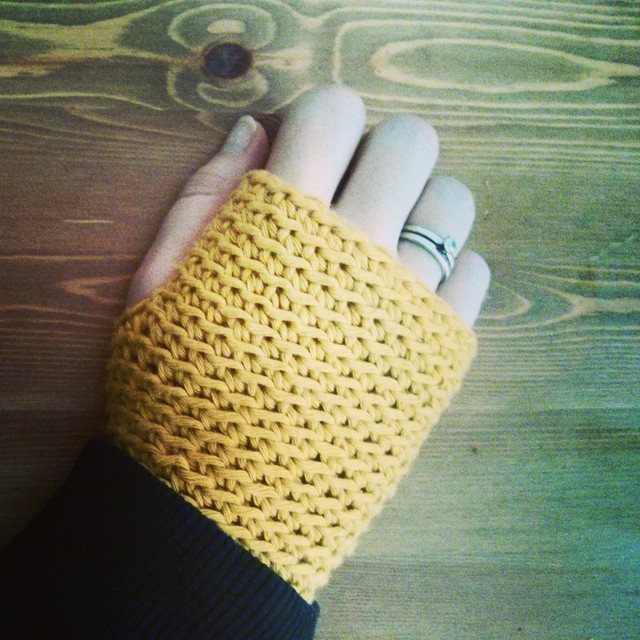 Afterward, we had some cuddle time and made plans for the day. Then I published a show preview and interview over on Berlin Beat, and worked two hours that I was scheduled for. We hung up the laundry, got dressed (it’s finally Wrist Worms season!), and off we went to pick up the car by Görlitzer Park. 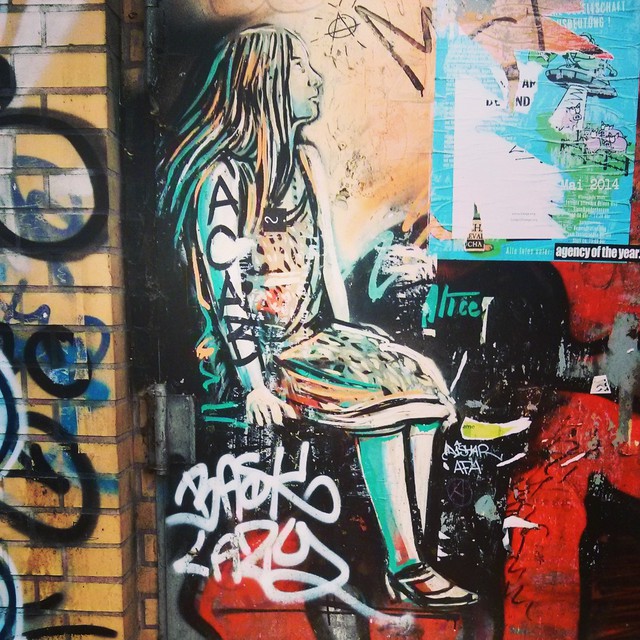 We don’t own a car at this point, and normally we ride our bikes everywhere, or take public transit, but today required a lot of schlepping, so we borrowed my mother-in-law’s car. The first place we went was to the local drink collective, where we buy our favorite beverages in bulk, but they were out of what we wanted, which is becoming a regular thing. Sad. So instead we headed to our next destination: Tempelhof. There, we went to Bauhaus, but first swung by the bakery, because we were both a little hungry, and shopping at home improvement stores is never a good idea when an empty stomach is involved. I ended up getting a Brögel, which I joked is a bagel that Germans bros eat, though Herr Logisch pointed out it was probably the combination of Brötchen (roll) and Bagel (self-explanatory). We picked up some zip ties, struck out trying to find a particular kind of outlet, and headed across the massive parking lot to IKEA. 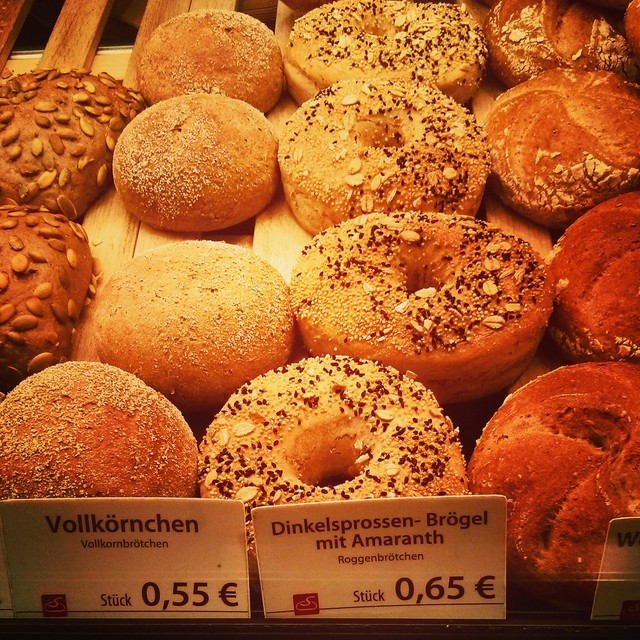 A lot of relationships blame their demise on IKEA, but we do pretty good… two years ago we spent far too much time there planning our kitchen remodel, and in the process learned all the important things, like going on a week day before everyone’s off work, and figuring out the shortcuts to navigate everything faster. On our list was a new rug, and a washcloth, and I consider it a small success that we made it out of there with only two extra things: shower curtains and a candle. Both important. As for the rug, I am pretty much in love with this one, but M. didn’t want light colors in our living room and I can’t really justify that price tag (though if it were in gray…). So we got the Malin Blad, which, in addition to being a pretty shade of teal, is €140 cheaper than that other one.

Next on our list was a visit to a bed store, where we got some wooden slats to try out under my half of the bed, since the mattress is just a little bit too soft for me. We’ll see how that goes. Then we went to the nearby pet shop and got a FURminator, which I’ve considered buying for years. We finally took the plunge and are hopefully on our way to far less shedding happening. 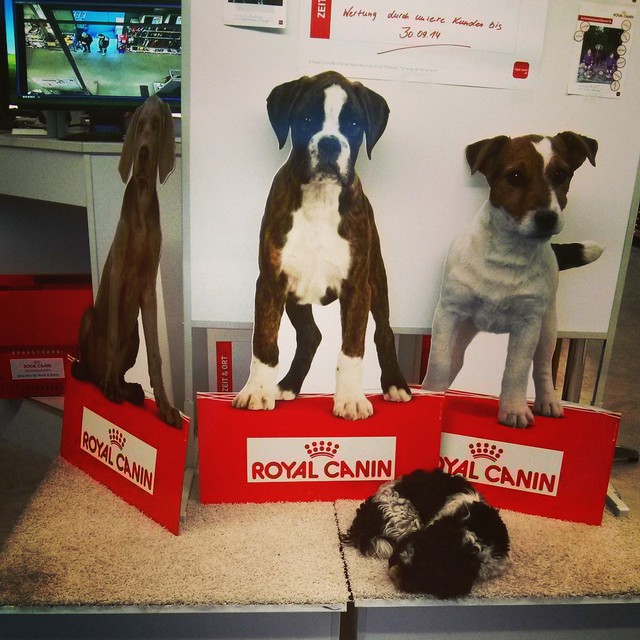 When we got back in the car, it was past 6pm and raining (hello, fall!) but the Autobahn was surprisingly empty, so we made it back to our part of town quickly, where we did some necessity shopping, which really means buying cat food and cat litter and laundry detergent. Then back home, where we vacuumed and put down the new rug, and then it was time to head down to our neighborhood pizza spot that we discovered last month. It’s run by some real Italians, and the pizzas are tasty and quick and huge and inexpensive, and though they don’t have any vegan options, they are fantastic about making my pizza without cheese and letting me add extra veggies at no additional cost. 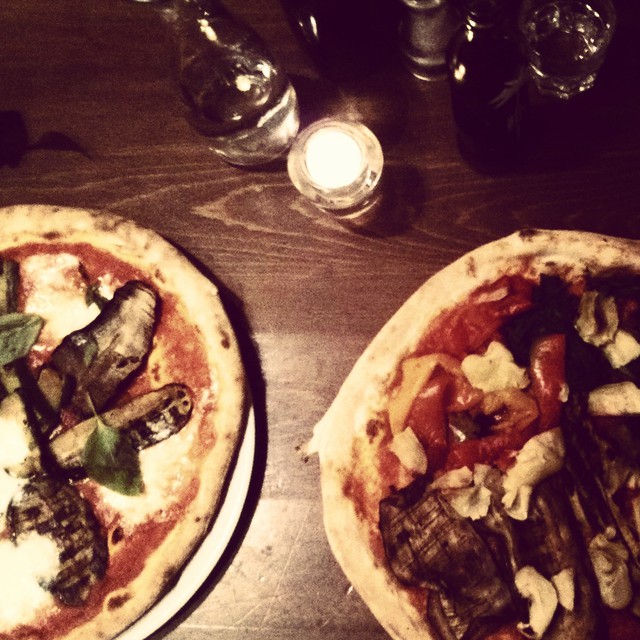 While it wasn’t the most “fun” of days due to all the errand running it entailed, I still really enjoyed spending a day with M. I love that being with one another makes everything better.