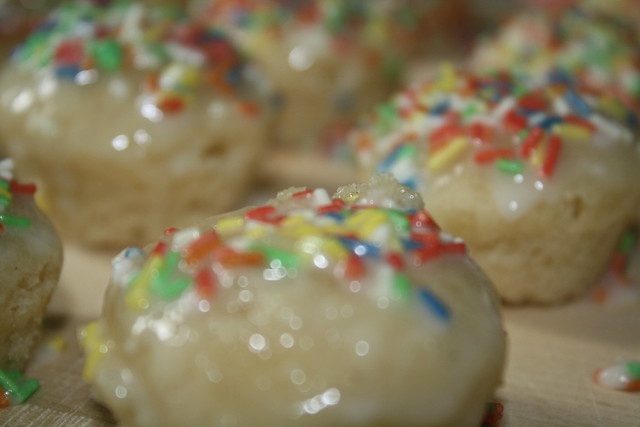 Doughnuts… every time I think of doughnuts, I think of that one time my sophomore year of high school when I was in Spanish class, trying to find “donut” in the dictionary, only to realize that, duh, of course, it’s spelled “doughnut.”

Anyway, anecdote-that’s-only-interesting-to-me aside, for most of my adult life, doughnuts have been something that have been a good idea until I took the first bite. Yeah, all that sugar usually equals instant regret. But since I’ve been vegan, doughnuts aren’t a regularly occurring thing, so surprisingly, I actually crave them from time to time. And since they’re not so easy to come by, I decided to find and try out a recipe on my own.

As with pretty much every recipe on Vegan Yum-Yum, the mini donut test kitchen is amazingly spot on and fantastic, and super duper easy to make. Since I don’t have a doughnut pan, I used one for cupcakes. The recipe says that it makes 20 doughnuts, but on the first try, it barely made a dozen for me. So the second time around, I not only doubled the recipe, but used a mini cupcake pan, which produced closer to 48 doughnuts for me. Much better.

And let’s just say they’re delicious–not fried or full of gross-out ingredients for sure. Of course, they’re not the healthiest ever, but they are fresh and yummy and, well, taste like doughnuts. 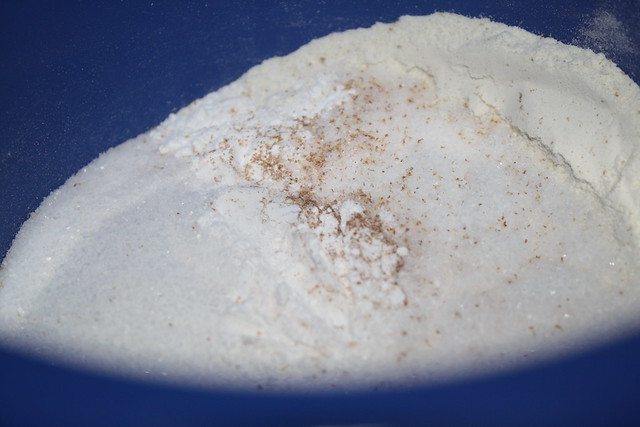 -Mix 1/2 cup soy milk, 4 tablespoons butter, 1 egg’s worth of egg replacer, 1/2 teaspoon apple cider vinegar and 1/2 teaspoon vanilla extract in a sauce pan over low heat until the butter is melted. Avoid letting it get too hot–you should be able to put your finger in it and not burn it. -Add the wet mixture into the dry one and stir until combined. -While the doughnuts are cooling, assemble your ingredients for the frosting/glaze. -Dip one side of the doughnut into this frosting/glaze mixture. Then dip into a bowl filled with sprinkles. Set on parchment paper to dry, or if you’re like me and dig a “cold” doughnut, place it in the fridge to allow the frosting to “set.”