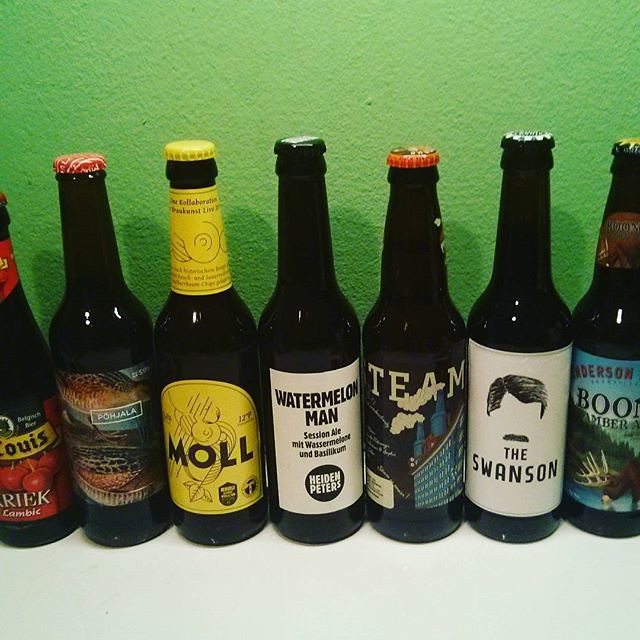 This past weekend was our last before M.’s parental leave ended, so it was particularly bittersweet. Even so, we made the most of it and had a great time. Friday was our busy day, with meetups all throughout. We started off by visiting a Portuguese cafe, Lissabonbon, with Will, an artist and a friend of a friend who is biking through Europe. Then we slowly made our way to Charlie’s Asian Bakery to visit with N. & L., and spent a leisurely couple hours there. After parting ways, M. really wanted pizza from across the street, so while he was waiting, I headed over to check out a new beer shop, Biererei, where I fell in love with the selection. After talking with the owner extensively about craft beer, I picked out six different kinds, and he gave me another for free to try out. I will definitely be returning. On our way home, we stopped off for ice cream, and then a couple hours later went out to De’ Noantri to meet up with C., a friend of mine from junior high. We hadn’t seen one another in years, and she and her partner are on vacation in Europe, so it was super cool to reconnect and catch up. After dinner, we took them to Hopfenreich, where we continued the conversation. It was so so nice to see her—you know the cliche about seeing someone and picking up where you left off? It was like that, but not. Hard to explain, but regardless, it was such an enjoyable evening. 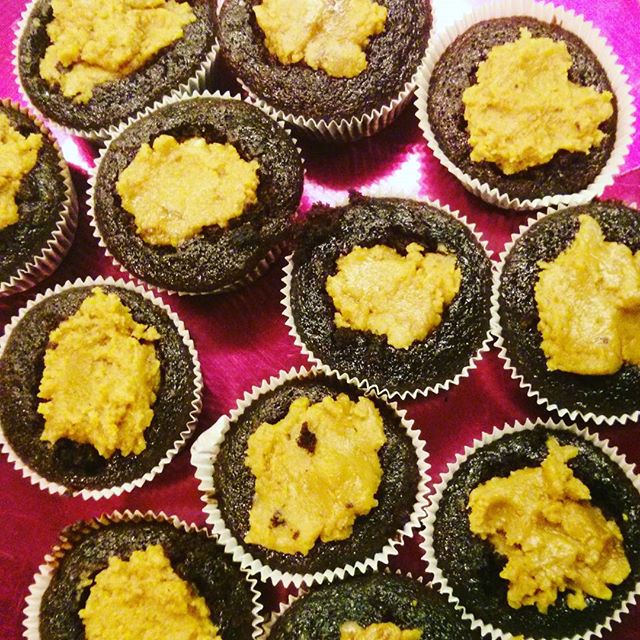 Saturday and Sunday were cool and somewhat rainy, so we basically didn’t leave the house. I had a lot of editing to do, and M. hung out with B. on and off to give me time to get work done. The rest of the time we spent cuddling on the couch or bed (not unlike this), reading, watching TV/movies, baking cupcakes (see below), eating the first pumpkin soup of the season, and finally finishing addressing all the birth announcements that need to be mailed out (if you want one, we have extras…). In short, it was a good one, and it was so nice to spent a couple days holed up in our little home and ignoring the outside world (plus, I love me a good day indoors while it’s raining outside).