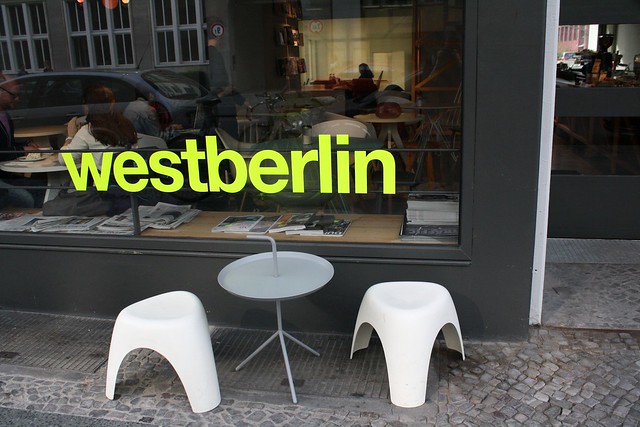 I don’t make it to Friedrichstadt very often. Aside from the occasional trip to a doctor of mine who is located nearby, there is little reason for me to venture to that area. Being as it’s a dividing section between the former sides of Berlin, it’s mostly made up of office buildings and tourist attractions (read: Checkpoint Charlie and the Currywurst Museum). That said, I admit that I have purposely headed there a handful of times during my annual Frappuccino craving, as incidentally, it’s the only of about a dozen Starbucks locations in Berlin that is in Kreuzberg (though there are three on Friedrichstraße alone).

So of course it was surprising to me to learn that a fantastic newish coffee shop is situated right in the middle of the area: westberlin. After hearing a lot of hype about it in recent weeks, I decided to check it out after visiting the aforementioned doctor. And it’s pretty great.

See, westberlin isn’t just a cafe, but it’s also a magazine shop. So in addition to drinks and snacks, there are a few walls lined with wonderfully curated magazines about design, music, food, culture, and everything in between. There are also various books–those that would fall under the “coffee table book” category, in that they may not be super useful, but they are definitely beautiful.

I opted for a coffee (they use Five Elephant beans!) and the only vegan item available to eat, a pre-made apple-vanilla yogurt from Zeit für Brot that was pretty delicious. Then I got to work.

There were a lot of people at the cafe, but even so, there is plenty of seating, ranging from chairs out front, traditional tables inside, a co-working-type section in the back, and even seating in a green area out back. Whether you want to hang out and talk with friends or get some serious work done, consider checking this place out. It’s an unexpected but welcomed mecca in the midst of an otherwise sterile part of town. 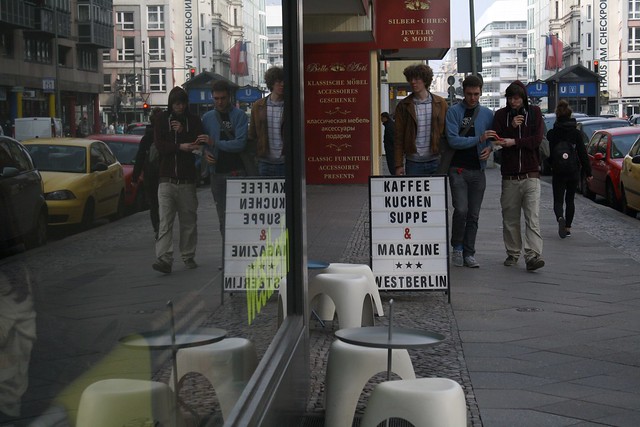 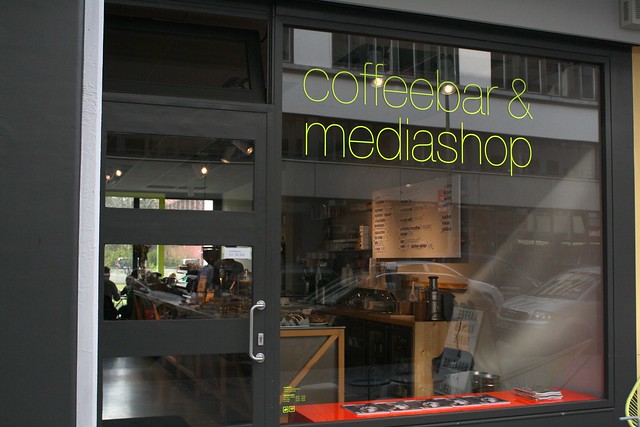 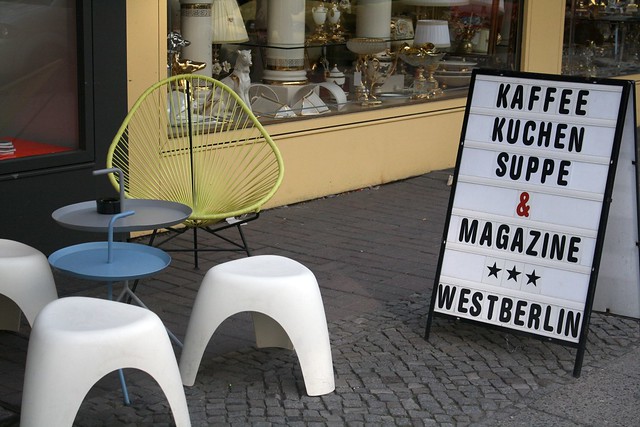 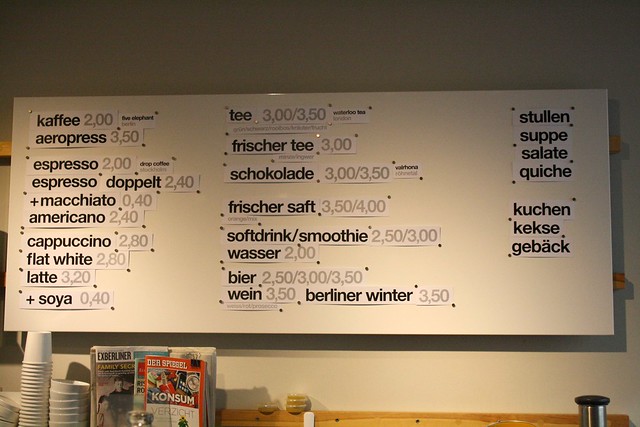 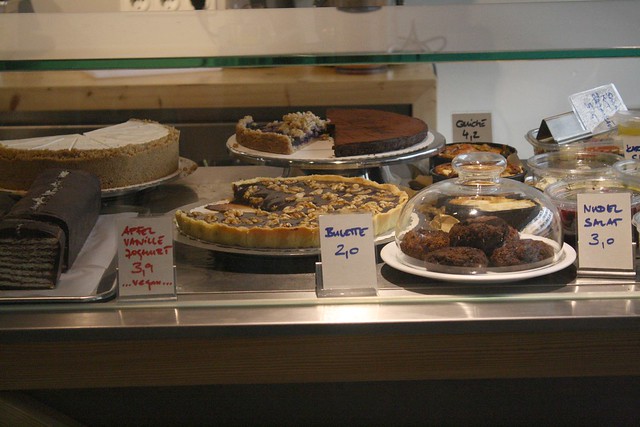 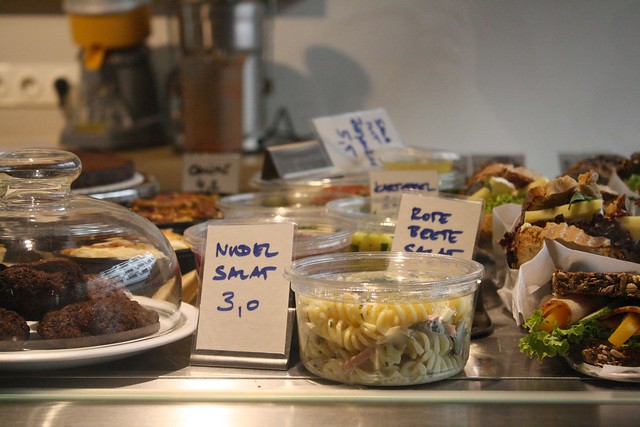 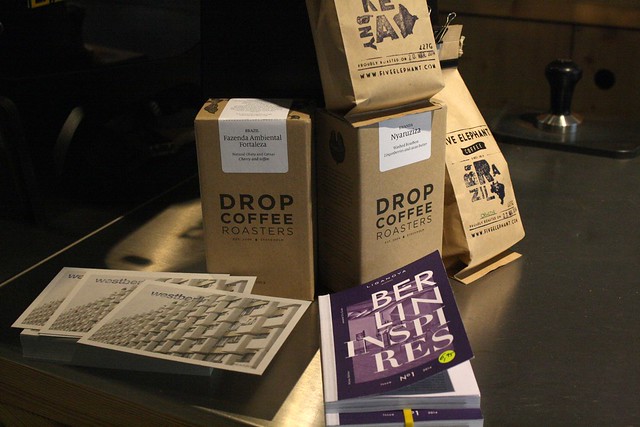 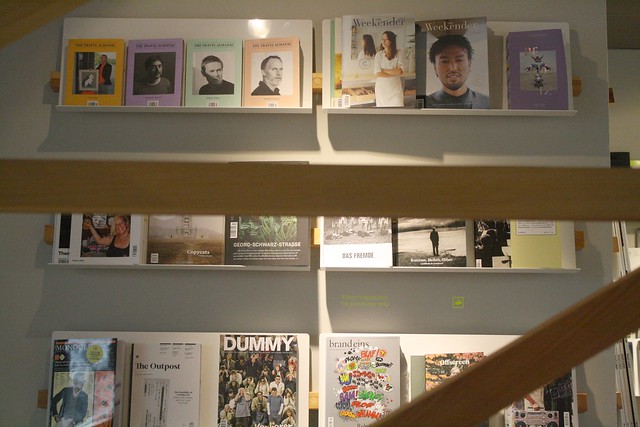 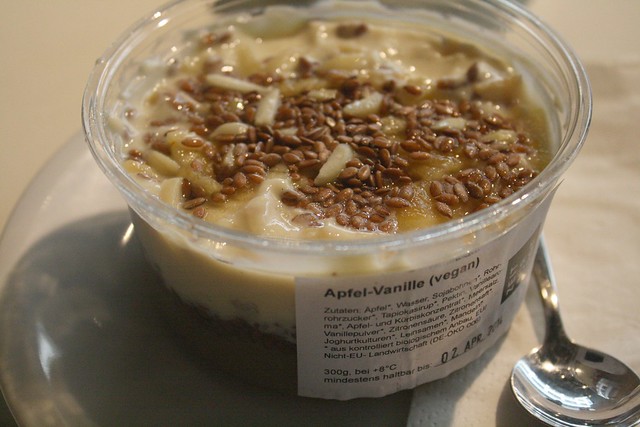 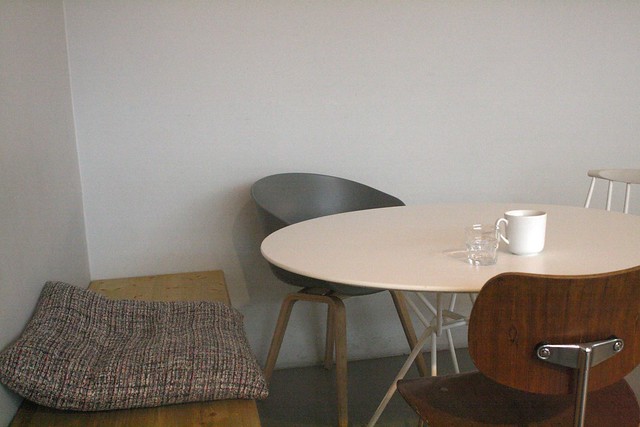 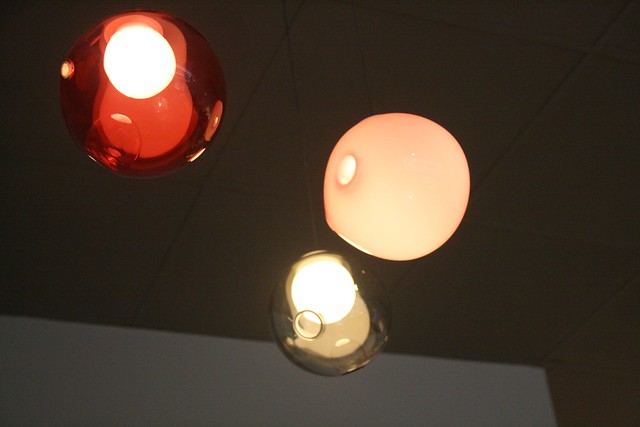 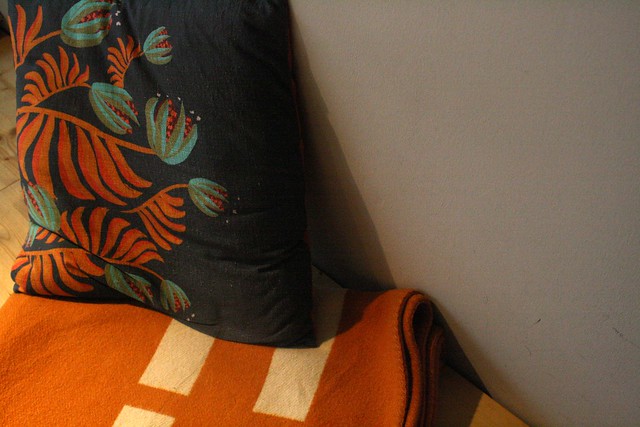 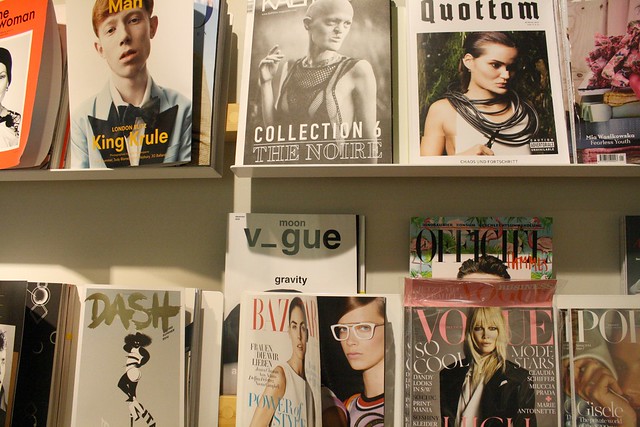 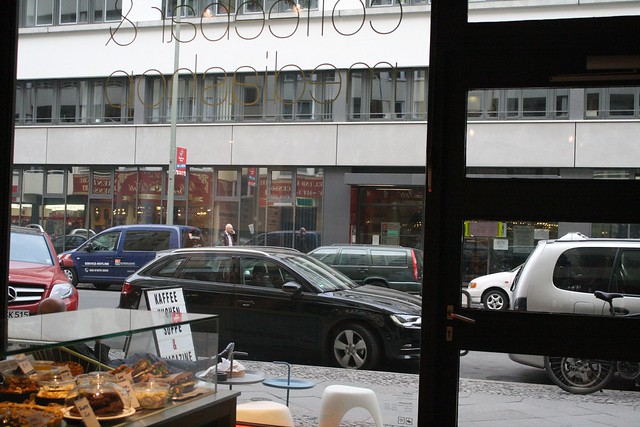 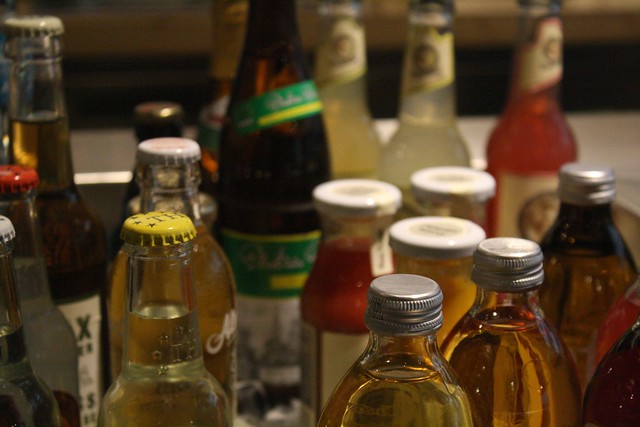 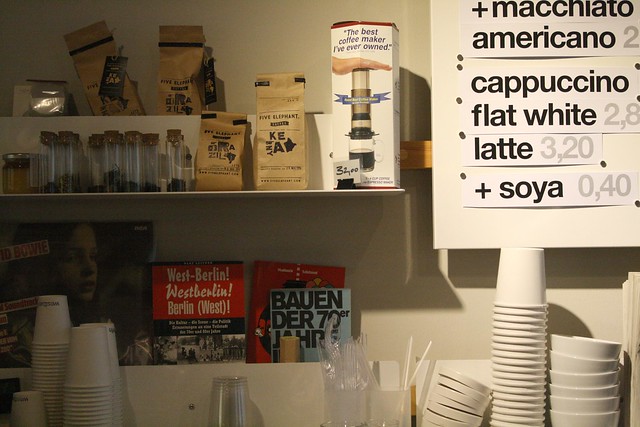 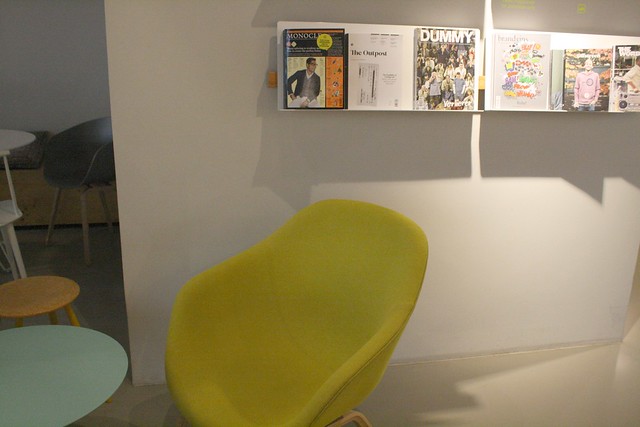 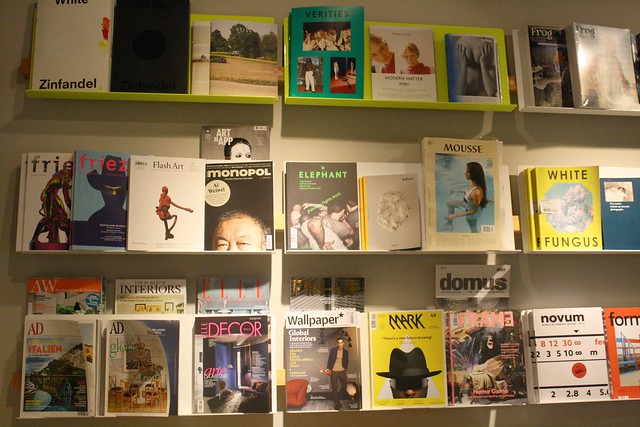 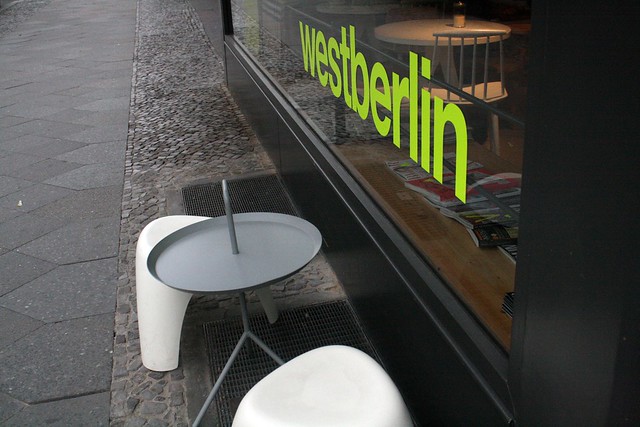