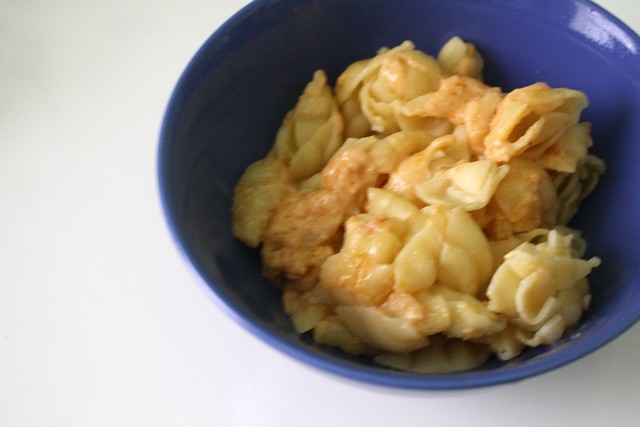 Cheesy Vegan Mac n’ Yeast from One Green Planet
A couple weekends ago, while M. and I were making our shopping list for the upcoming week, he suggested that we eat mac ‘n’ cheese for dinner one night. In our household, that means something different, since I am vegan and there is sadly no Annie’s macaroni and cheeze here (note to self: buy and eat this when in the states later this month). Instead, we tend to make this version out of sweet potato, which is good, but not exactly the same when what you’ve got a hankering for is the real stuff. Meanwhile, I had long ago given up on making nutritional yeast and cashew-based cheeses, because they just don’t do it for me, but it had been a bit too long, so I thought “why not try a new recipe?” That’s what led us to this one, which seemed simple enough. The result? It was fine, though missing something that would give the flavor its cheesy kick. I added Tapatio later, and that gave it a little more complexity, but overall, I wasn’t impressed enough to want to make this again… especially considering how the ingredients are really not the healthiest. So the  search continues. 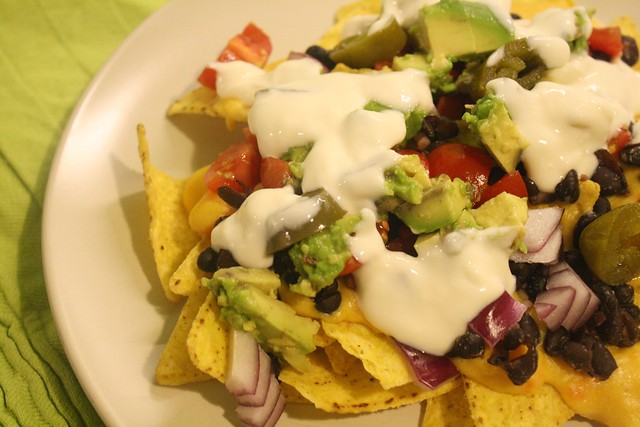 Vegan Nacho “Cheese” from Vegan Yumminess
After I’d already decided upon and started cooking with the above recipe, I came across this one. Initially I was skeptical, but since the ingredients were so different (carrots and potatoes for cheese?), I bookmarked it and decided to give it a try the very next day. First off, this isn’t your healthy-tasting cheese. No, just like the recipe suggests, it’s nacho cheese, which means it’s supposed to look processed and fake. But believe me, it’s delicious! We had it on top of nachos, and both M. and I loved how it added complexity to the meal without overshadowing it or making it taste weird… it was just like the nacho cheese dip you’d buy in a jar. Also, one commenter mentioned using it for a quesadilla, and I think that’s definitely something I’m going to try out in the future.