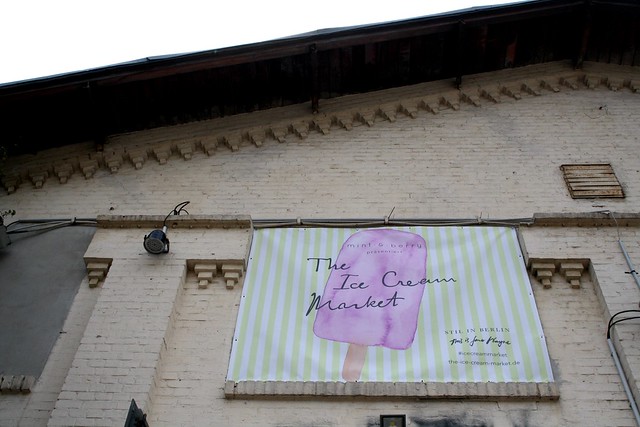 It’s no secret that ice cream is my favorite food, so when Stil in Berlin (along with This is Jane Wayne and mint & berry) first announced The Ice Cream Market, the event immediately went on my calendar. Overall, Berlin has a lot of great food destinations, and it’s growing in terms of street food events as well, but I’ve found the latter to be somewhat overhyped and lacking in options for the vegan crowd (sorrynotsorry). But ice cream, well, you can’t go wrong there, can you?

Admittedly I did have some reservations about how vegan-friendly the event would be, but I’m glad I put them aside to check it out anyway. It was a perfectly hot day afternoon (around 84 F at 1pm) when M. and I headed across the bridge to Friedrichshain’s RAW complex to get our Eis on. We were met with a line, which was kind of disheartening at first, but they were operating on the principle of letting people in only as people left, which kept things from getting too crowded. We also arrived early enough (while most Berliners were still working off their hangovers from brunch) that our wait was only 15 minutes or so. The one major downside was the “no outside food or drink” rule, which I understand when you’re selling stuff at a venue, but on a day that hot, not letting people bring in water bottles is a bit much (this coming from a woman who is 39 weeks pregnant and supposed to be drinking 3-4 liters of water a day). In all fairness though, maybe it’s a Haubentaucher rule.

Once we got in though, we quickly got over our frustrations and got straight to the ice cream. Altogether we had:
Zwei Dicke Bären chocolate ice cream cookie sandwich
Flockys Schneeeis mango shaved ice cream
Slushpol elderberry and lime slushy
Wohlfarth rice-milk soft serve with mint and mixed berries
Atelier Cacao salted peanut ice cream

All were delicious, and better yet, all were vegan!

After hanging out in the shade for an hour or so, we decided to head out. Honestly, I could have sat around eating ice cream all day, but the temperatures were already dropping and the clouds were coming in… and just as well, because by the time we got home, thunder began to rumble in the distance and a storm came minutes later. Even so, a friend still at the event said everyone braved it well, huddling under umbrellas with their ice cream until it passed. And aside from that slight weather interruption, seems like it was the perfect day for the event. If only every day were #icecreammarket day. 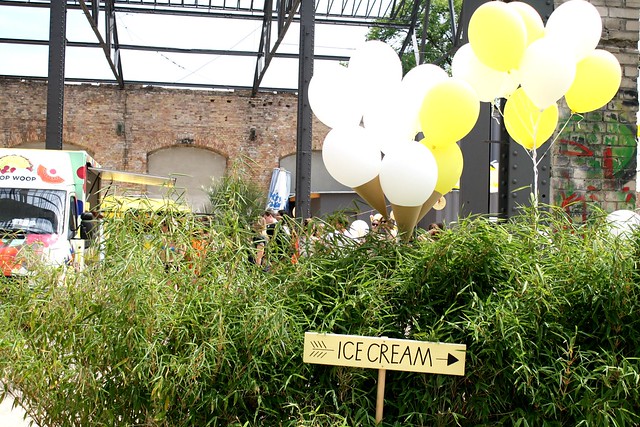 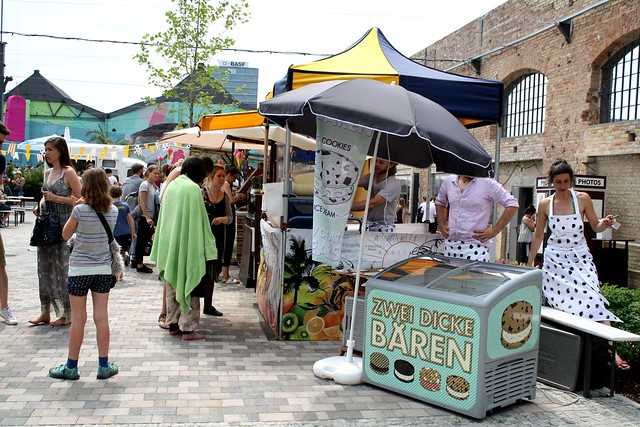 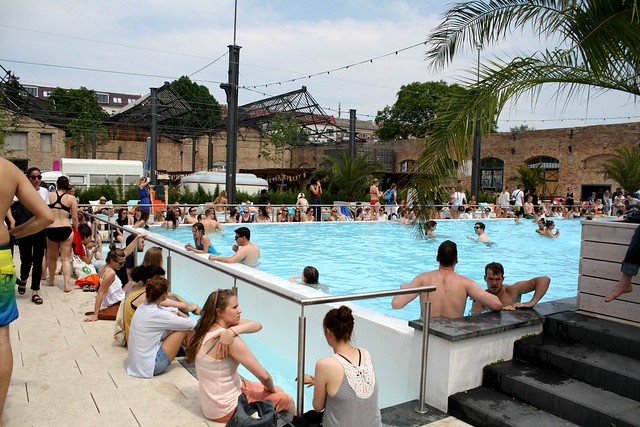 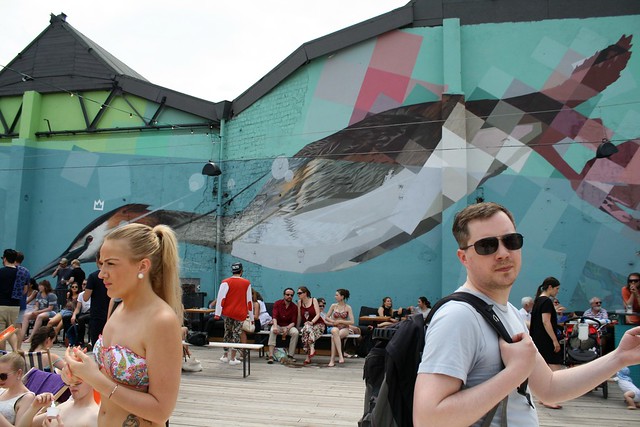 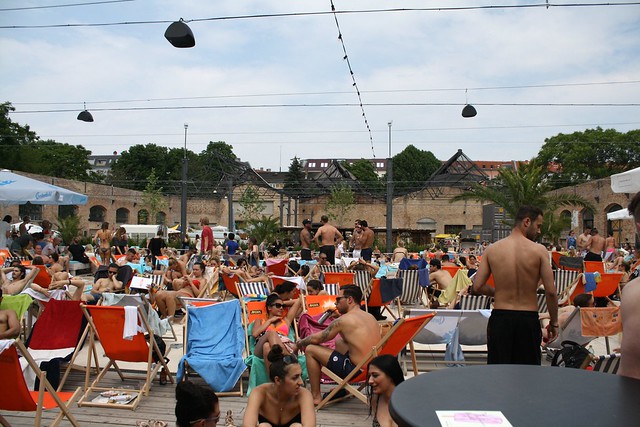 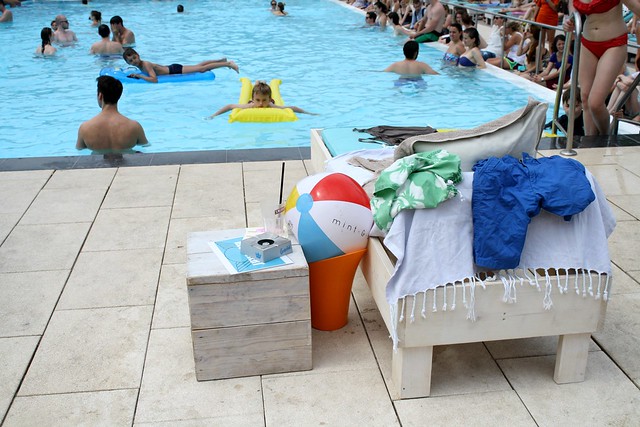 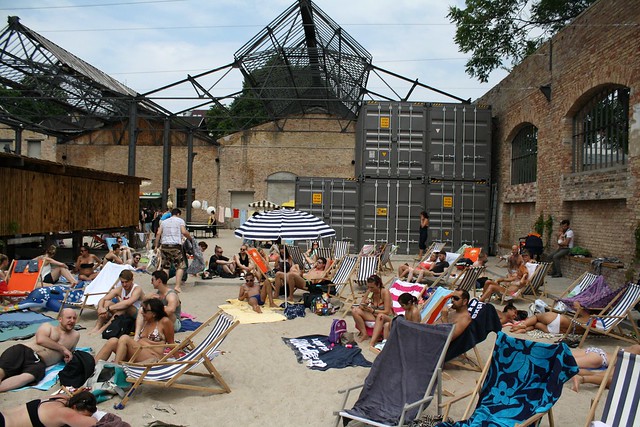 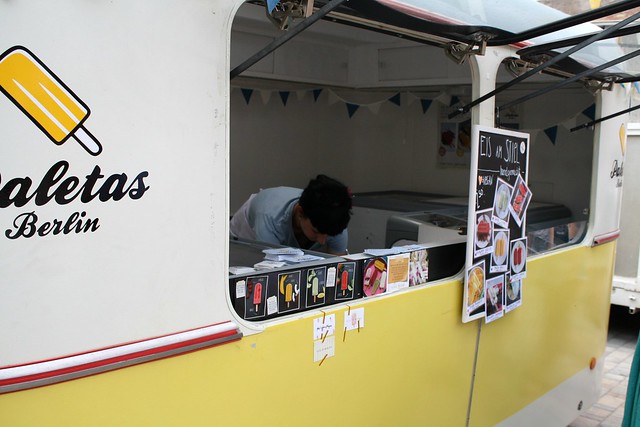 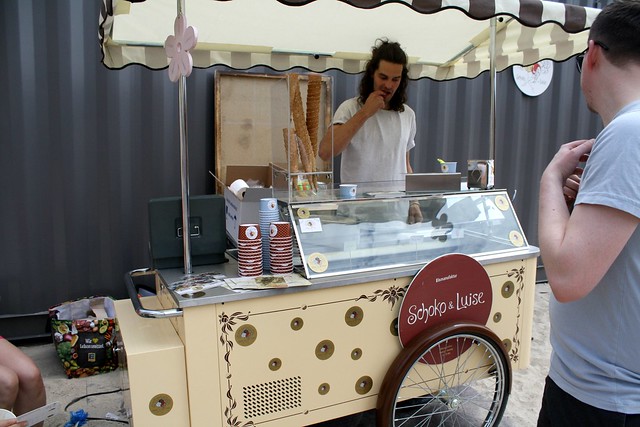 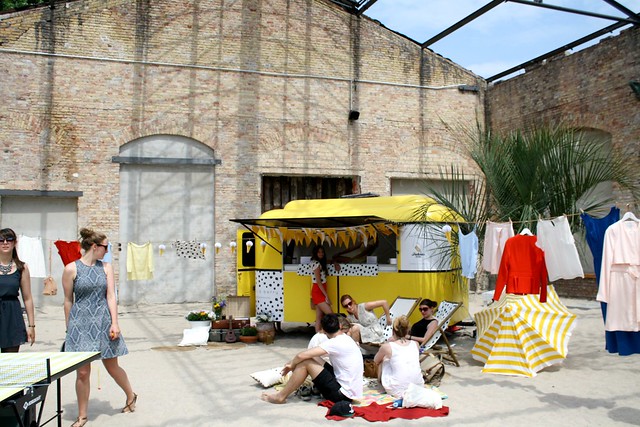 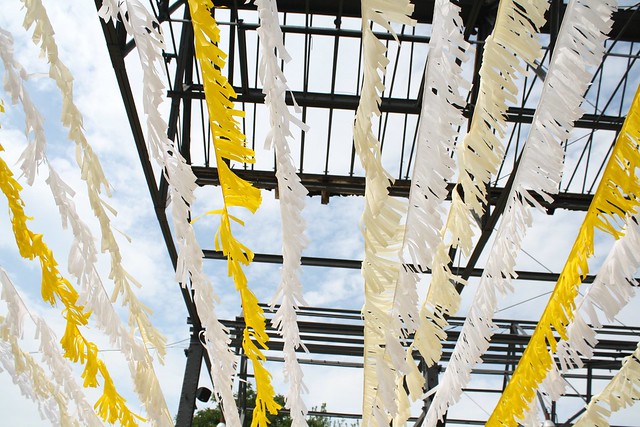 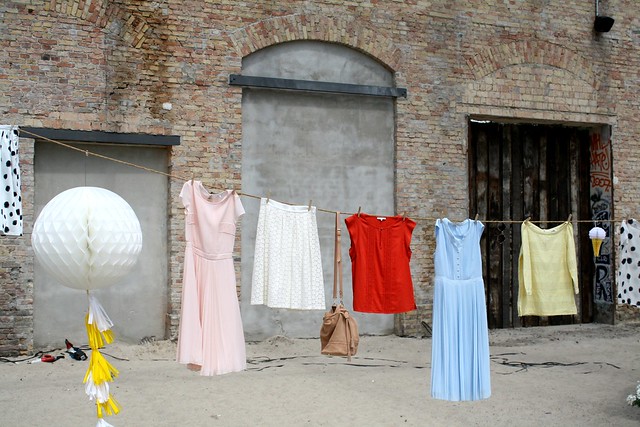 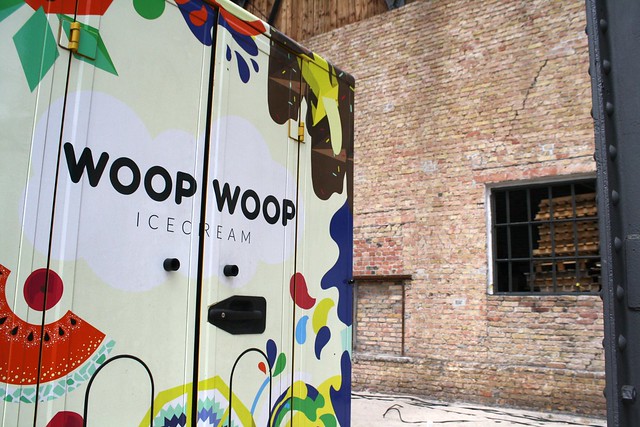 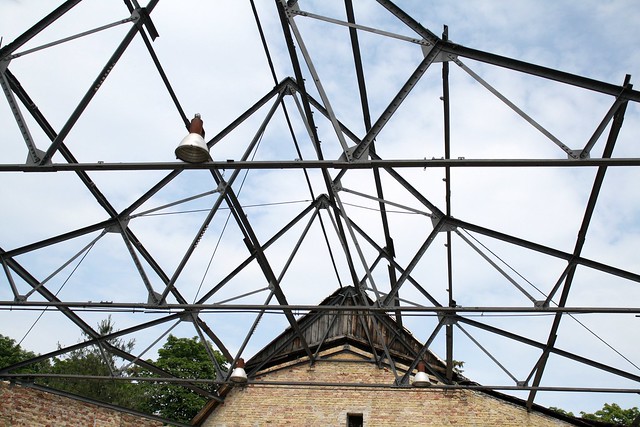 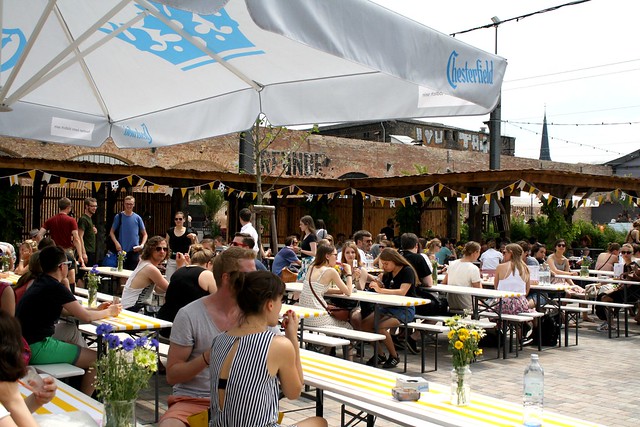 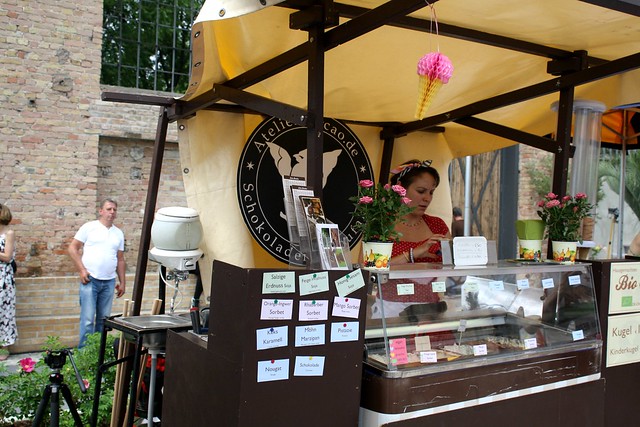 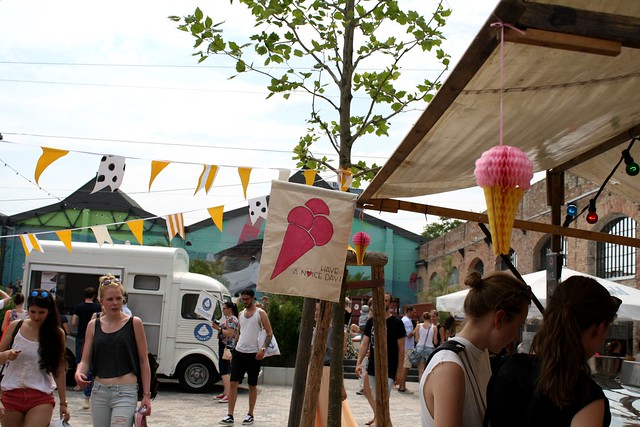 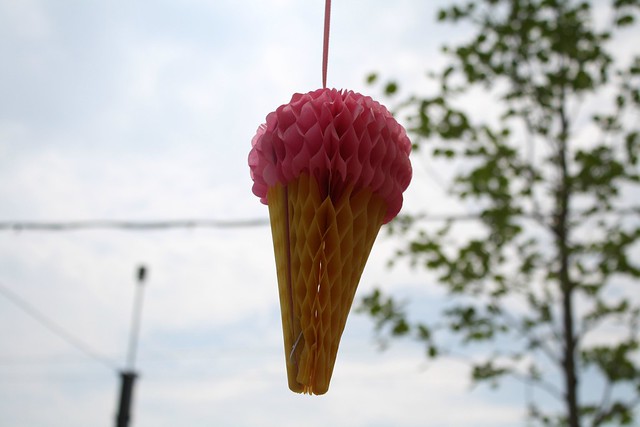 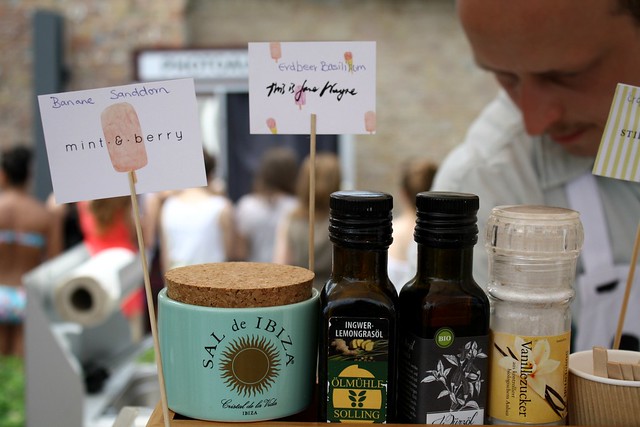 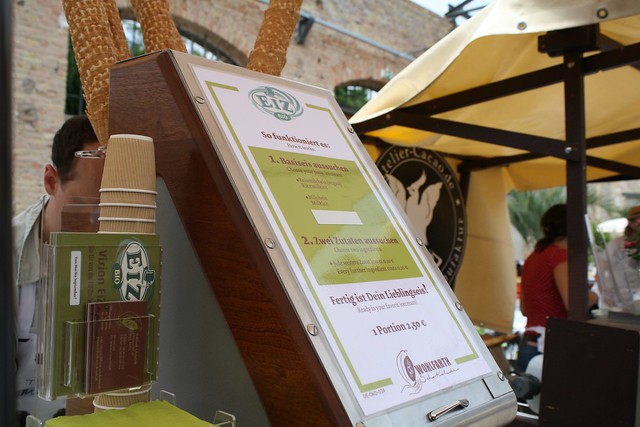 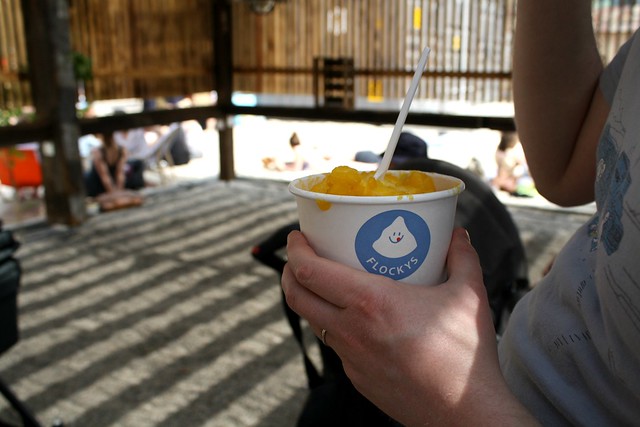 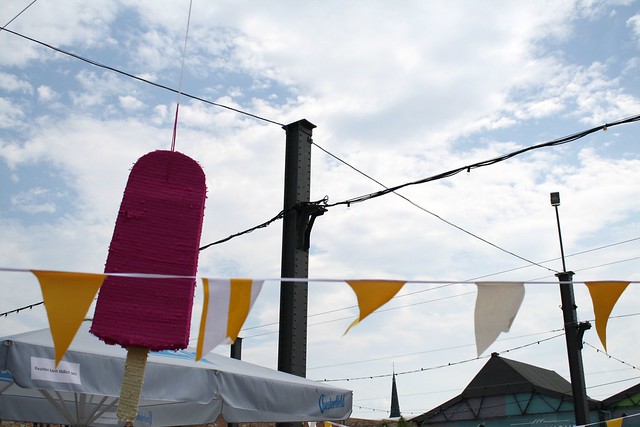 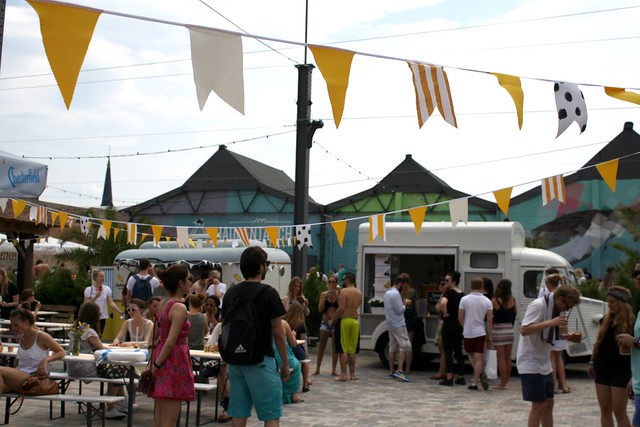 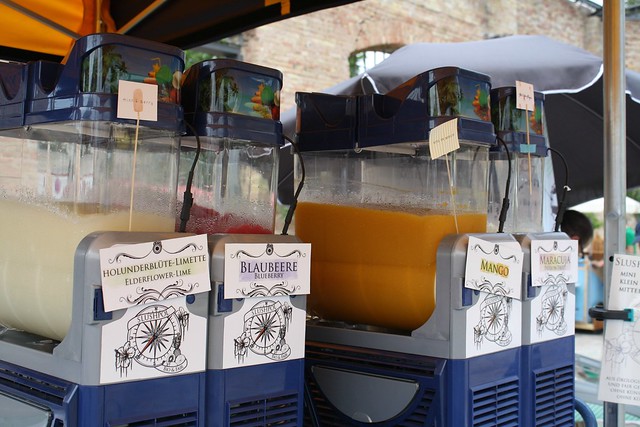