Tag: The Signature of All Things

Book Review: “The Signature of All Things” -Elizabeth Gilbert (2013) 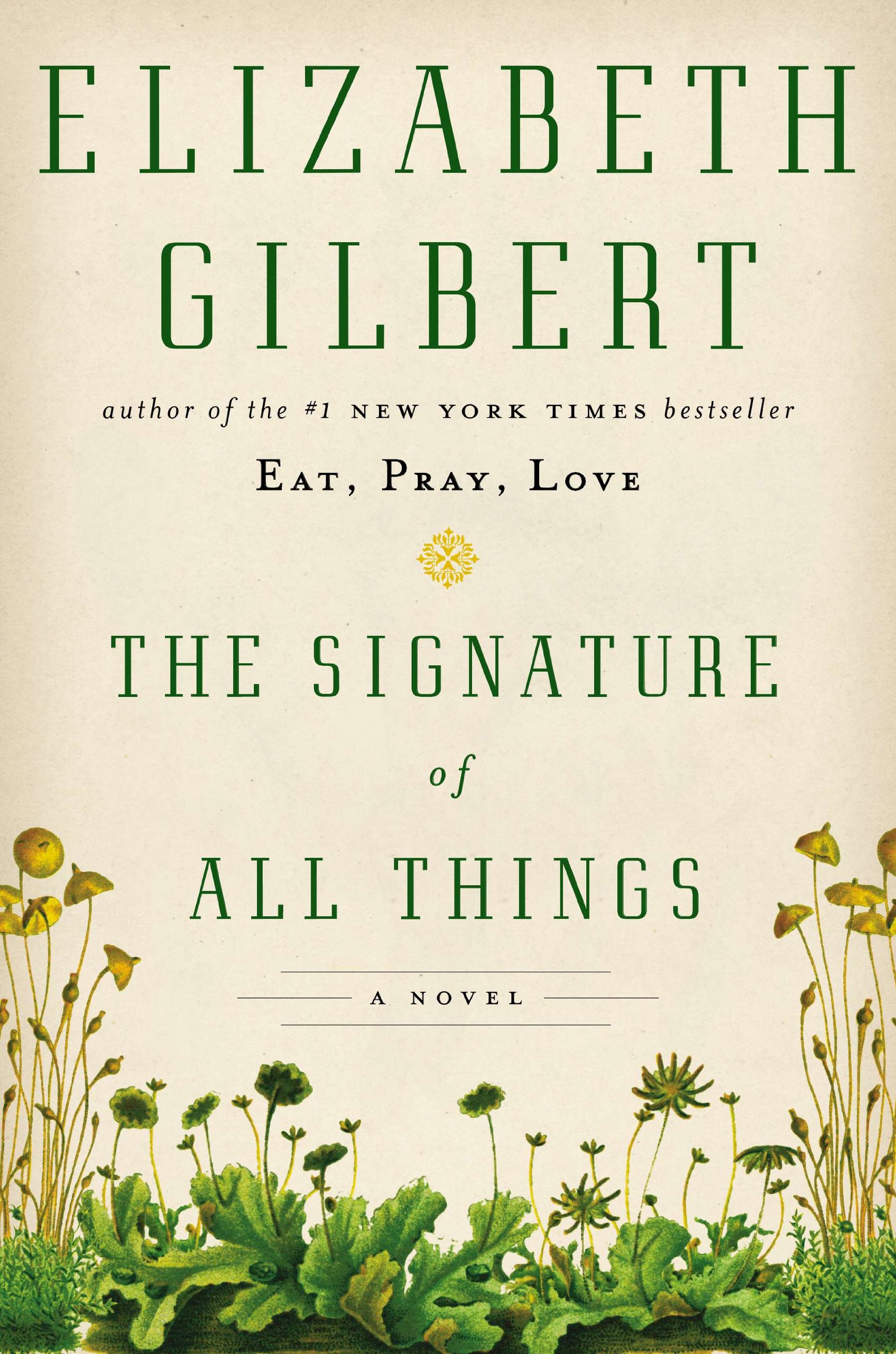 “The Signature of All Things” -Elizabeth Gilbert (2013)

For me, there are two primary ways of enjoying reading. One is loving the story that is being told and getting involved in the characters and plot. Another is loving the way the author uses the words to communicate. Sometimes, these things overlap and make for a fabulous story that is interesting, intelligent, intriguing, and more.

I’ve read “Eat, Pray, Love” and “Committed,” both books by Gilbert, and in both I enjoyed this intertwining of good plot and good writing. So when I started this book, I hoped for the same. However, I had not read what it was about, so I really was going in blind.

As I read, I loved the story of Henry Whittaker, and I almost wished that would have been the purpose. But it was about his daughter, Alma. Many people liked Alma as they read, but I thought she was annoying. Certainly she was intelligent, but she was also pretentious, which made her somewhat disagreeable. And as the story progressed, I found that I liked Gilbert’s writing, but not the actual contents.

It’s not that the story was bad, or didn’t keep me going throughout, but I just found too many parts of it to be unbelievable. In particular, the character of Prudence was not convincing to me, and when the two sisters suddenly became BFF, writing letters all the time when Alma left, I found that undeveloped. Her relationship with her husband was interesting, but when she went to Tahiti and ended up having a sexual encounter with Tomorrow Morning, that just seemed ridiculous—I’m not saying that a married, Christian, Tahitian man would never cheat on his wife with other men and women, but it was a bit too far-fetched in how it played out. The repressed sexuality dynamic was fine, but I was so annoyed with how the only thing Alma cared about was wanting to give a blow job—not only was talk about various male members over the top, but if she really wanted to experience pleasure, blow jobs really aren’t the way. And finally, I didn’t feel sorry for Alma. I think in the end she found some peace, but really, much of what happened in her life was a result of her own actions or inactions, and the constant blaming it on her looks was something I couldn’t get behind. She certainly had the desire to make certain things happen in her life, but because of self-sabotage, they didn’t.

Overall, I like how this story covered a lifetime, and how it all came together without any unresolved pieces, balancing science and faith and whatever else. But at the same time, the journey from beginning to end was not all that interesting to me as far as plot and characters. I think Gilbert is and remains a good writer, but I will probably never read this book again.