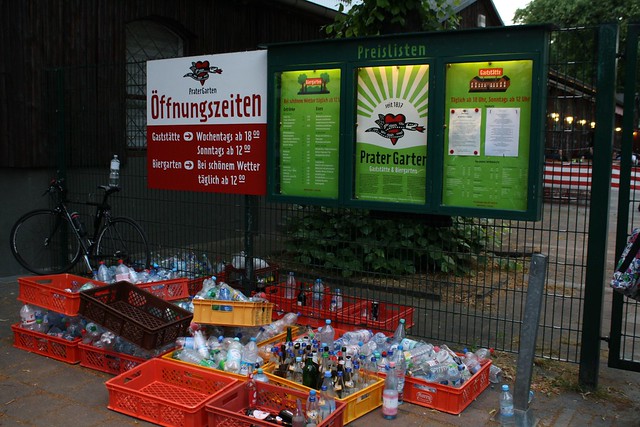 It’s June 26, which means a couple things. First, it’s the 15th day of the World Cup. Second, it’s the day the Germany and the US meet one another in the group stage.

Soccer (or football as we call it here) and I go way back. I grew up watching my brother play soccer, and as soon as I was old enough to play, I did too. My childhood summers and falls were devoted to league soccer, and I played on the school team in junior high. I think I would have continued, but ankle injuries over the years and a diagnosis of tendinitis have made it so that running is pretty much never going to be an option for me.

As a result, I’ve had to be content with watching the sport. It’s still not very widespread in the states, though, so although I was sad about the lack of baseball in Europe, moving here got me excited about soccer. Admittedly, I don’t really follow any teams, but I do love Euro Cup and World Cup. And when these things occur, there is a palpable atmosphere of excitement and fun all around.

For this year’s championship, I spent the majority of the first week watching nearly all the games. Now that the group stage is coming to an end, I’ve slowed down a bit. However, I have been certain to watch all of the Group G games, which includes Germany, the US, Portugal, and Ghana. It has been an interesting round, with Germany (predictably) holding down the number one spot. However, the US has a bit of a fight in it, and tonight’s games will decide our fate. If we beat or tie Germany, we will advance. If we lose, then it all depends on goal differentials with the other teams. So, while I don’t think the US would win, I am really hoping for a draw. Crossing all my fingers and pressing all my thumbs.

In the meantime, I thought I’d share a few pictures from Germany’s first game, versus Portugal. I met with a handful of expat friends at Prater, an outdoor beer garden, and we enjoyed sunshine, beer, hanging out, and winning. As a bonus, check out this video of the evening made by Luci from Moving Postcard.

Additionally, I am purposefully not bringing up the discussion of nationalism here, other than to say that someone I know wrote an interesting historical and thought-provoking piece on the connection between soccer and nationalism and what that means for Germans. In German though. 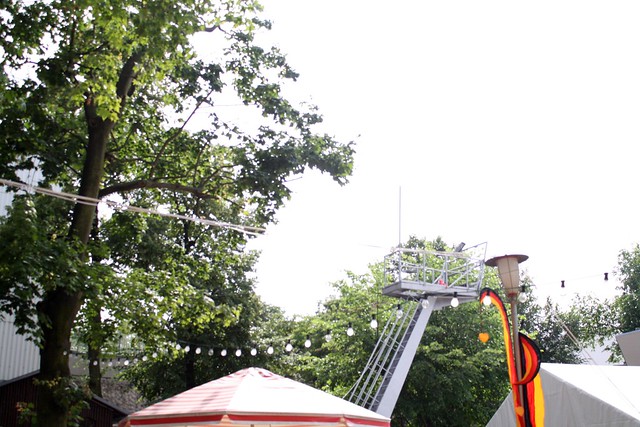 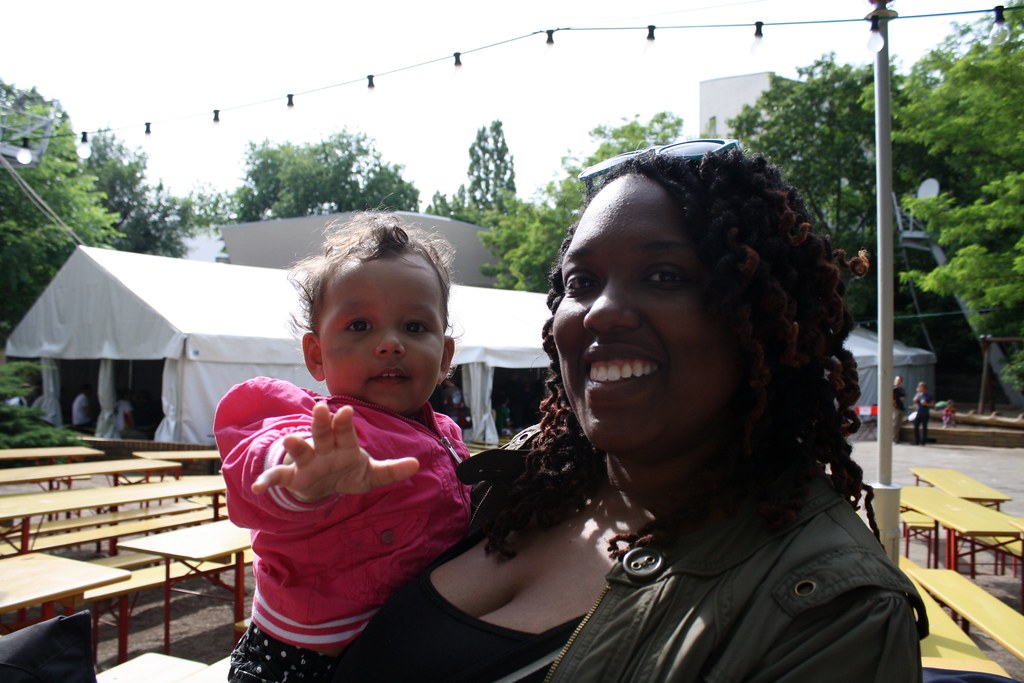 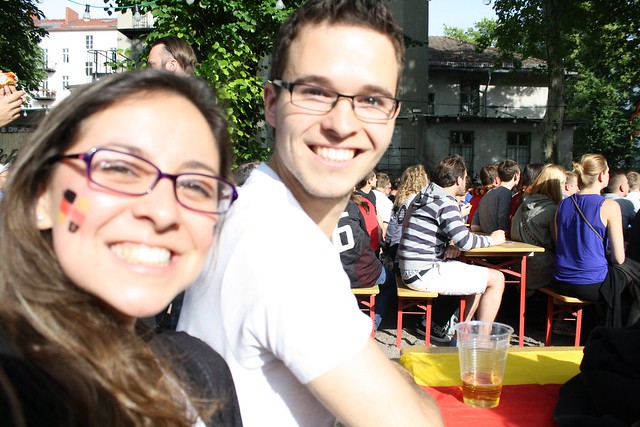 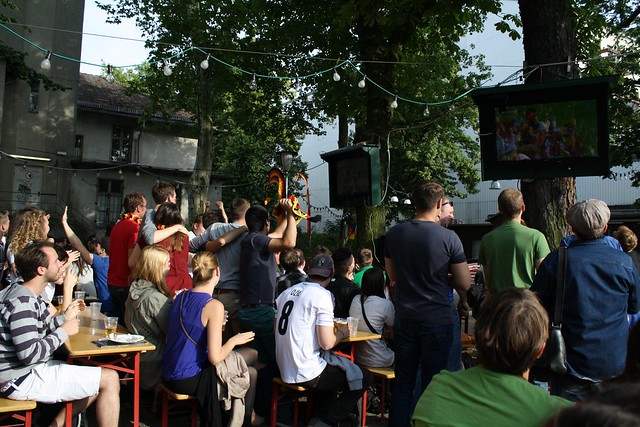 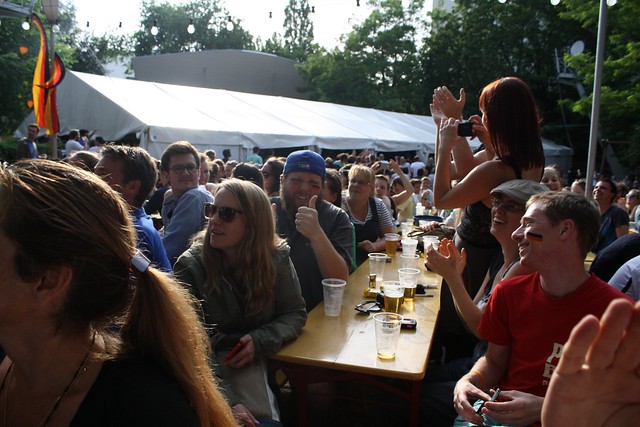 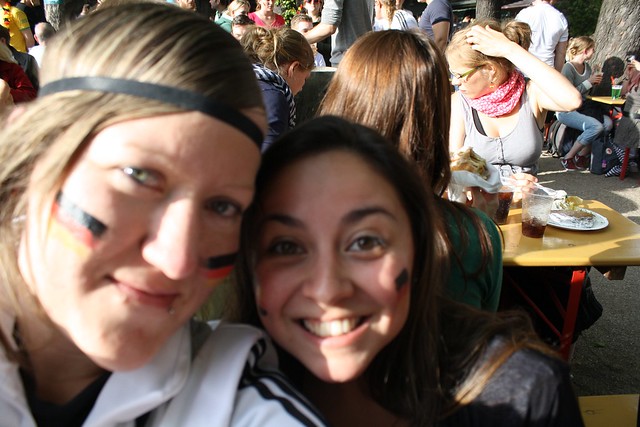 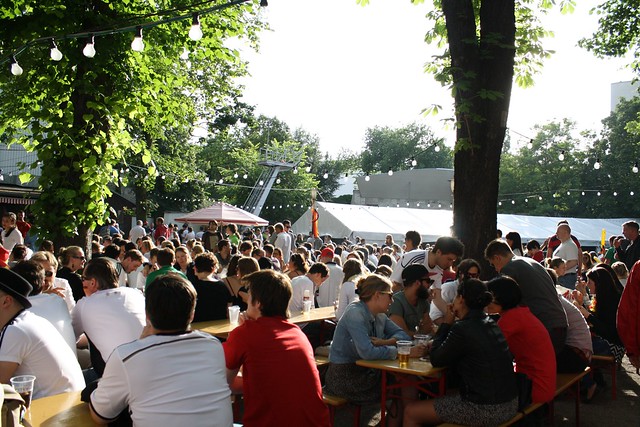 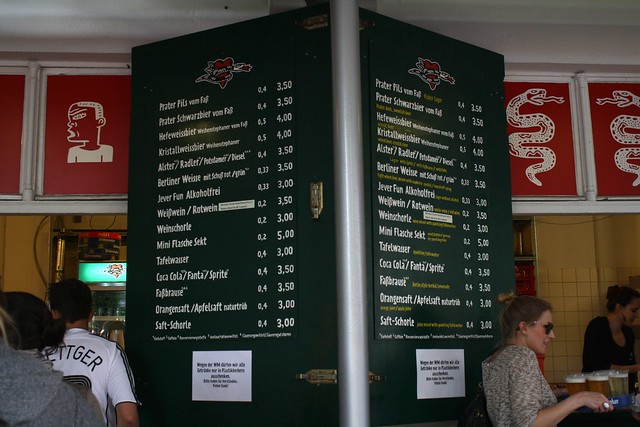 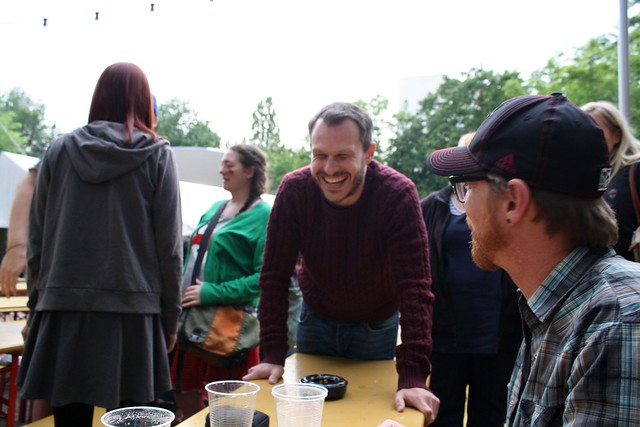 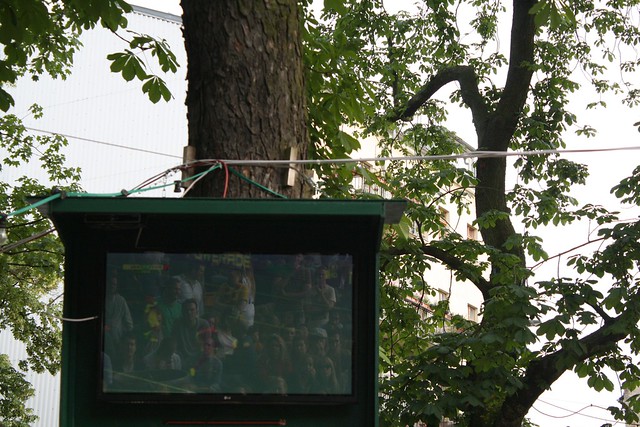