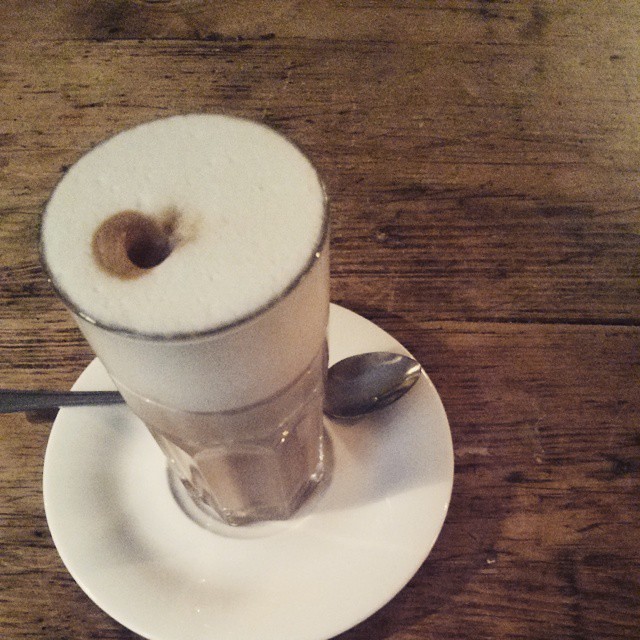 This past weekend was a good one, though it went by far too fast. Which reminds me: how is it already almost February?

My Friday was a particularly nice, and it included meeting with two other Californians: first with Aimee for lunch at Fast Rabbit, followed by coffee with Kate at Pakolat. As a result, my “lunch break” was 2.5 hours, but it was worth it. I ended up staying an extra while at the office to finish up something I’d been working on all week, then headed for home, though not before stopping off at Herr Nilsson Godis to get a bag of candy for M. so that he wouldn’t steal from my stash (pictured below). 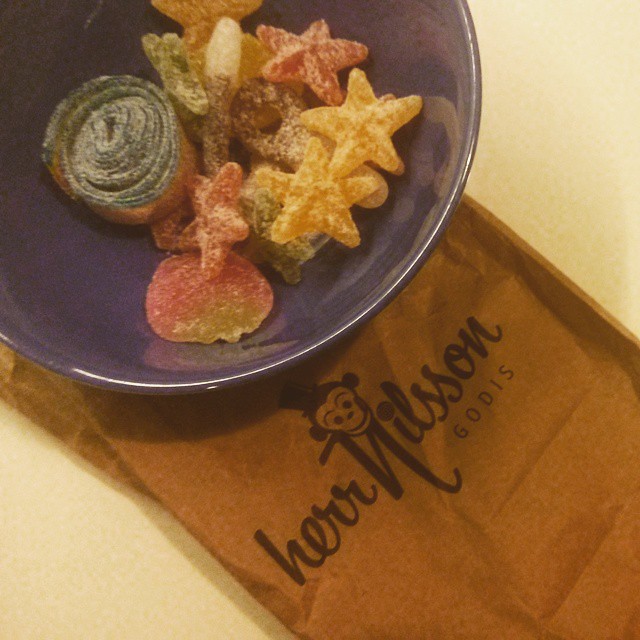 The rest of the evening was mostly uneventful. We talked about watching a movie but didn’t actually get around to it, though I did make these Ginger Sesame Tempeh Lettuce Wraps, which I was super into and which M. was not crazy about. Oh well. You win some, you lose some. 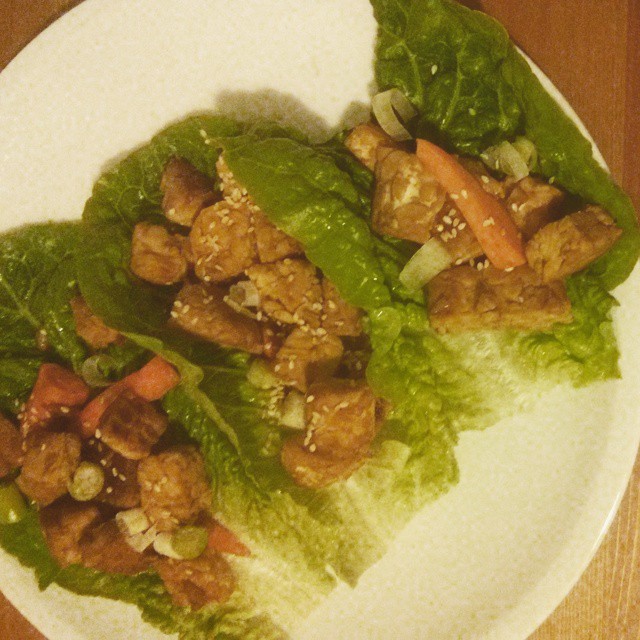 Saturday morning we slept in super late, and breakfast was a crash course in relationship misunderstandings. For the most part (like 98% of the time), we get along famously—there truly is no one else I enjoy spending my days with as much as I do M. That said, once every 4-6 months, we get really upset with one another over some of the dumbest, most minor things ever, and that’s exactly what happened, which derailed our morning for a short while. We can laugh about it now, though it sure doesn’t feel like small stuff in the moment… but hey, that’s what relationships are. 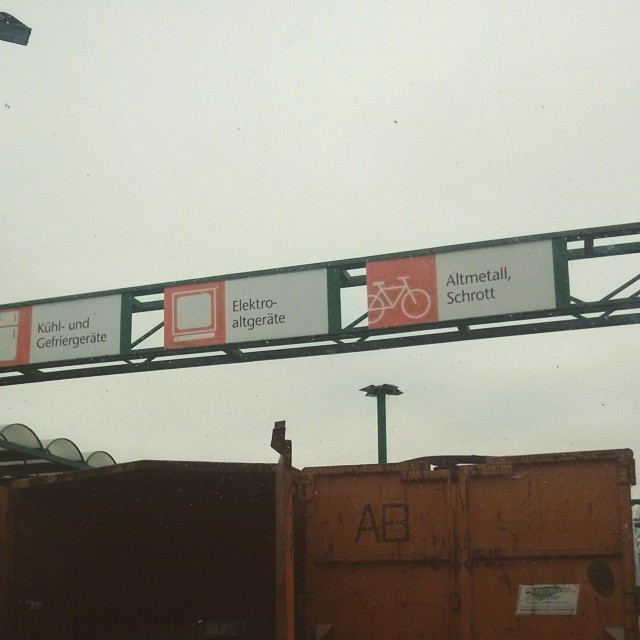 After talking it out and me having a good cry, we started with errands, beginning with making our way out to the Recyclinghof. This is like the German version of the dump, where you can take old furniture, electronics, clothes, broken things, or whatever else to be recycled. I guess that means it is taken apart for parts, or maybe some things are fixed and repurposed. We only had our old microwave to take, but when we told my mother-in-law we were going, she ended up having a couple printers, an old monitor, and a bunch of other stuff, which made the trip worthwhile. 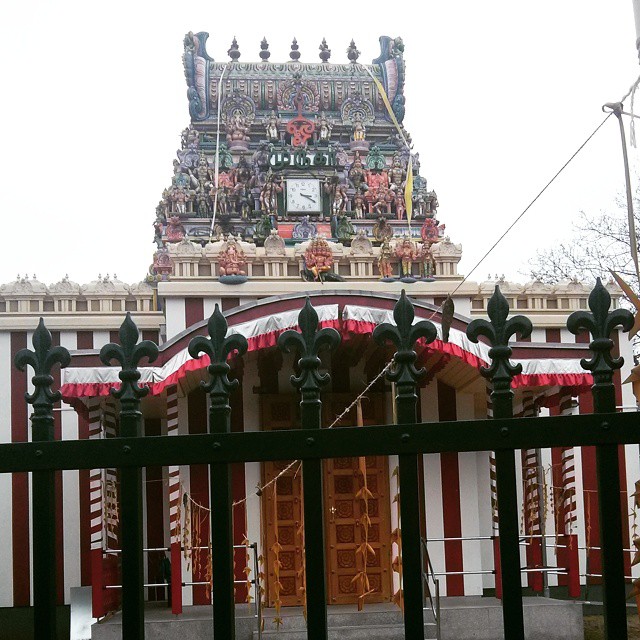 On our way back, we also stopped off at this temple a few blocks away, which was located in the middle of a bunch of industrial buildings in Neukölln. It was a nice bit of color on an otherwise very grey day. After we checked it out, we continued on, going grocery shopping at a few different places before settling in for the evening. We ended up making mac and cheese with salad, and then spent the rest of the evening talking about and planning a vacation that we’re taking in the next month or so (more on that once it’s finalized). 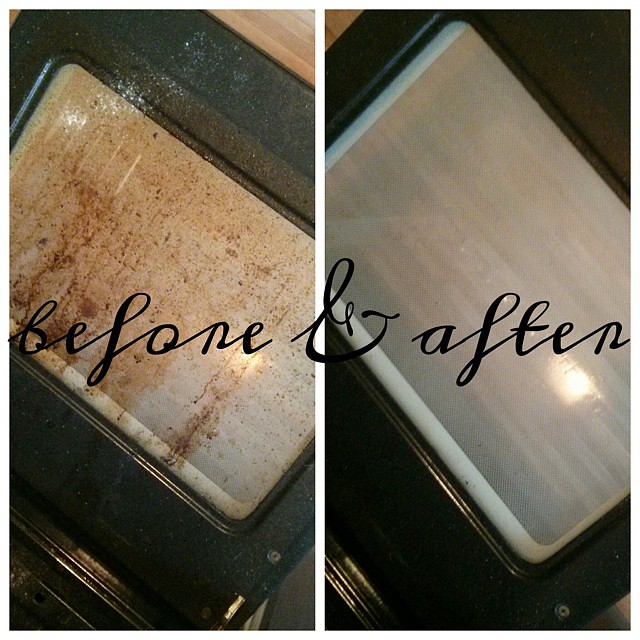 Sunday was a bit more low-key for us, though M. tackled the oven door, which I had been unsuccessful in cleaning the week before. Usually vinegar is my go-to all-purpose cleaner, but it seemed to do nothing on the glass. But we figured it’s because of all the years of buildup, and so using a €2 glass cleaning razor scrapper we’d bought the day before, M. cleaned it all up within minutes. Pretty amazing that it was such a simple fix! And now we have a super clean oven door! 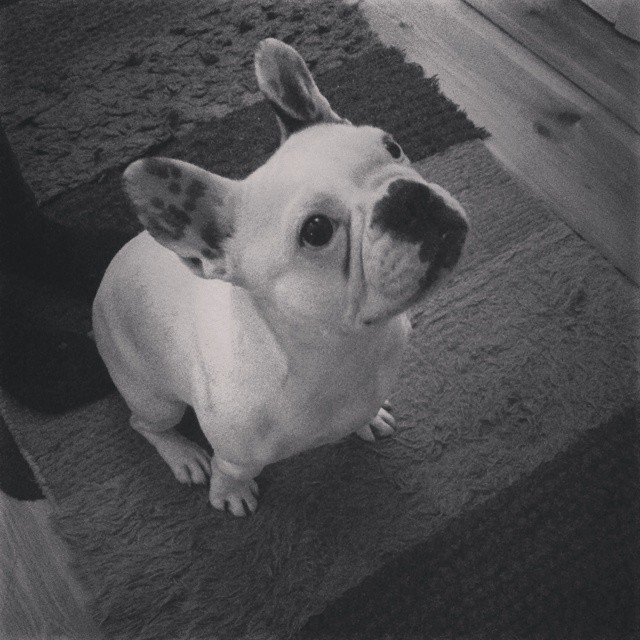 The rest of the day was uneventful, full of things like watching shows, doing laundry, eating dinner, etc. We also made a trip out to Wedding to return a suitcase we had borrowed to Ashley, and we got to see the adorable face picture above, miss Hazel Bleu. Back home, we wrapped up our weekend by watching “The Boxtrolls” together. Now it’s Monday—back to the daily grind.