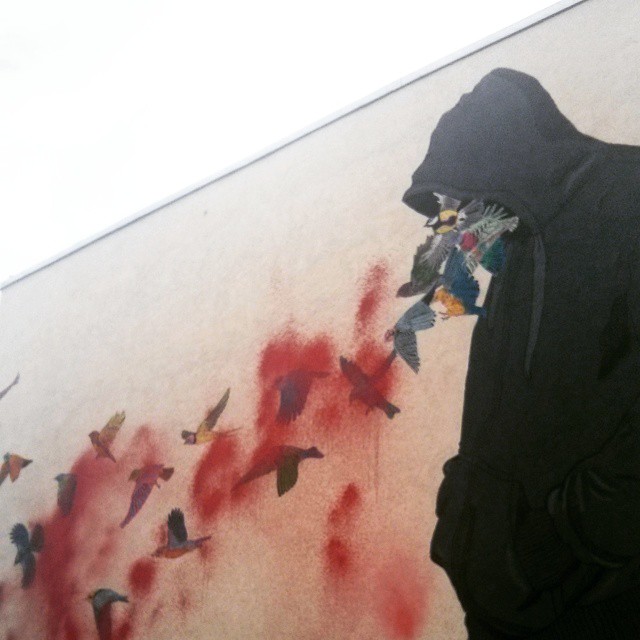 This past week has sort of been like an extended weekend as I’ve not worked very much, and the little I have has been from home, thanks to a lovely cold that made the rounds at our flat. Being sick and six months pregnant sucks, because the feeling of being full and out of breath is only more exaggerated, and you can’t take anything to help deal with it, so that means drinking lots of liquids and sleeping a lot and suffering through it. But since the weather was so nice, I decided I might as well get as much sun as possible, and rather than feeling miserable on the couch all day, I spent the weekend out and about. Surprisingly, the cold air was good for clearing up my sinuses. 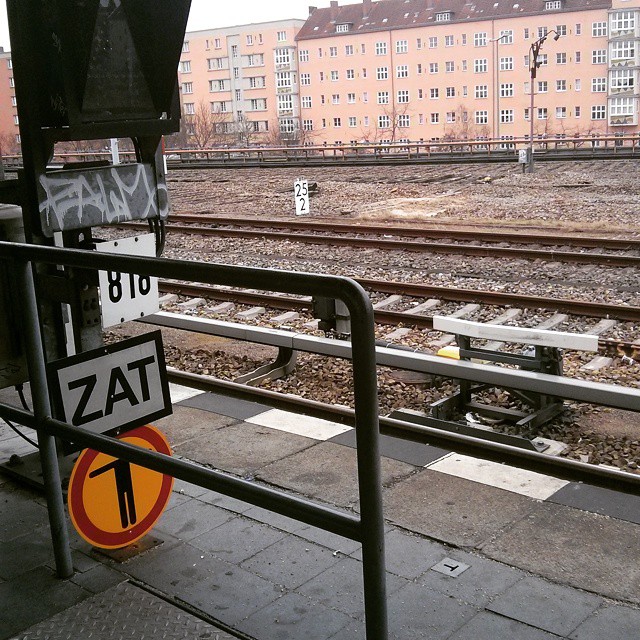 Friday was the worst day of the sickness (you know, that low in the middle before things start to get better), which was also the day I had to visit the Zollamt, also known as the worst place ever. It’s the customs office, and always involves waiting in lines, and waiting while seated, and if you’re unlucky like most of us, paying money to get a package that you already paid for. I always bring water and a book, though I forgot a snack, which was not smart on my part. After an hour or so, I was finally out of there, and since I was already in Schöneberg, decided to take a different route to the Bahn — preferably one that stopped by some food. 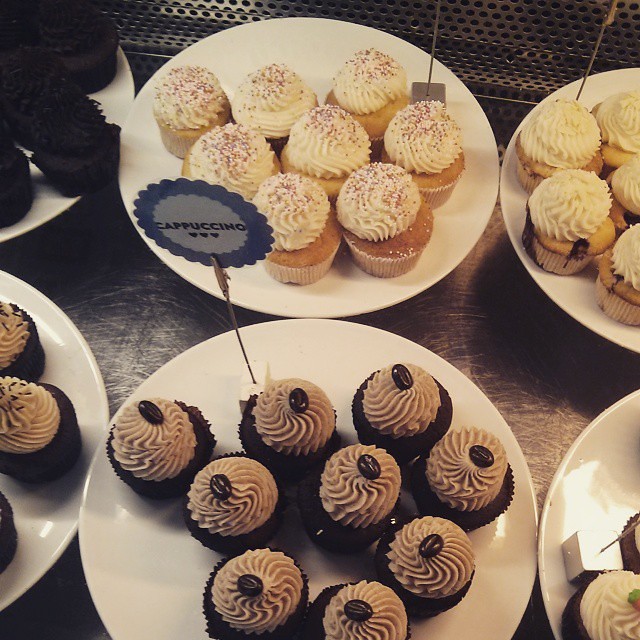 My wandering took me in the vicinity of Cupcakeladen, where I was able to find a super delicious vegan cupcake, which I paired with my first coffee of the day (another mistake: not drinking coffee before going to the Zollamt). I also got a non-vegan red velvet cupcake to go as a present for M., who (still sick but going in to work) was working a half day and would be leaving soon. Since I was near-ish to his work, I suggested meeting for lunch at Dolores, which is exactly what we did. 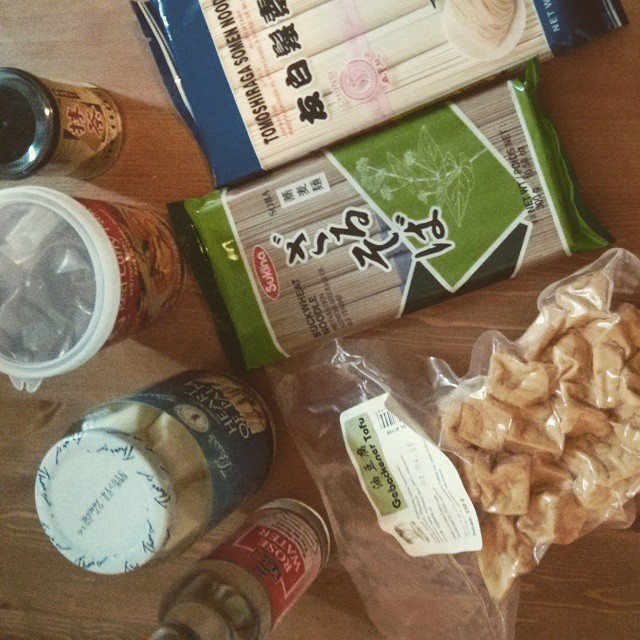 After our burrito lunch date, we stopped at the nearby Asian market, Vihn Loi, for some essentials, before finally making our way back home. The rest of Friday we spent indoors, taking it easy with books and cat snuggles and the Internet, and an appropriately themed bedtime story. 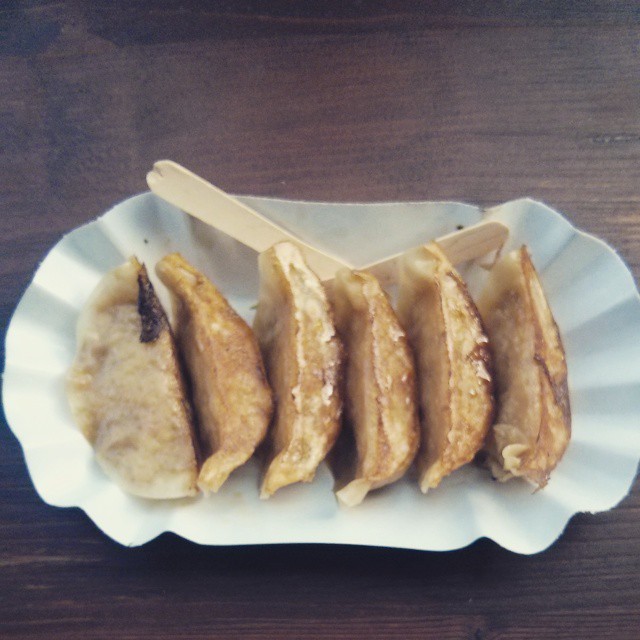 The high on Saturday was around 54 F or so, and we decided to take advantage by going on a walk… which turned more into an eating tour of Neukölln. Though our goal was to get ice cream, we ended up stopping along the way to eat a bit of everything. First was Japanese dumplings at YuMe. They were fine; nothing to write home about though. 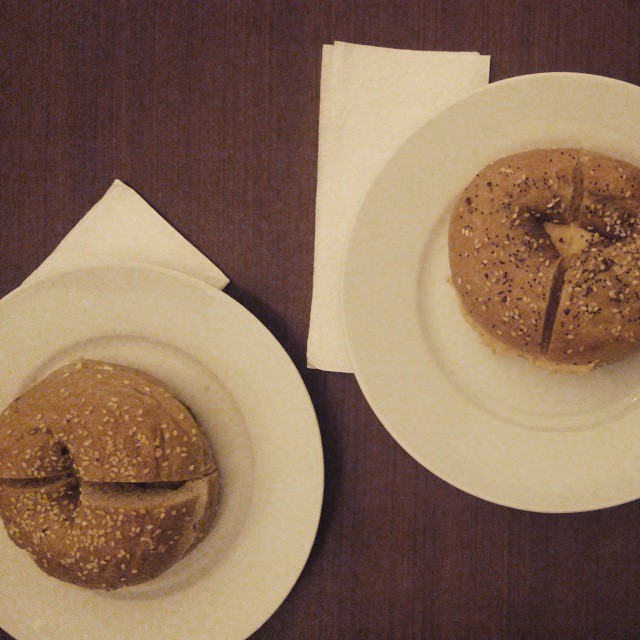 Next up: bagels at Two Planets. I still don’t think there is any place in Berlin with AMAZING bagels, but the ones here are nice because they’re so soft and chewy. I got mine with hummus and M. had his with cream cheese and cucumbers. 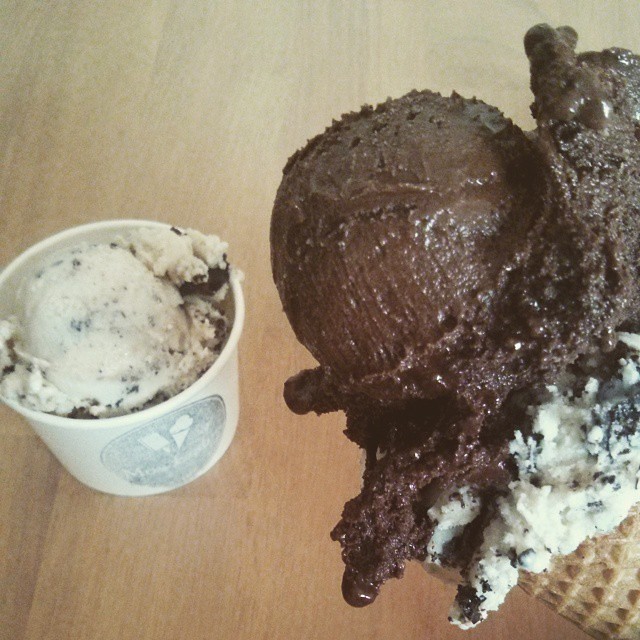 After, we made it to Mos Eisley, which was our original destination, for some killer soy peanut crunch and chocolate ice cream. 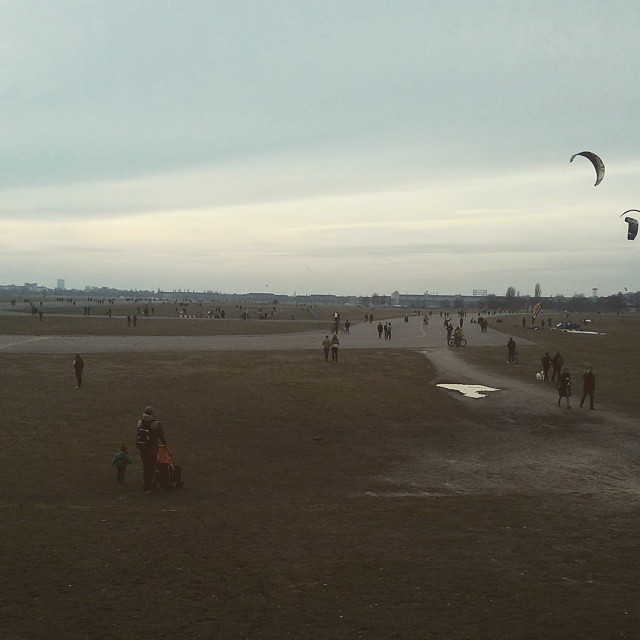 A couple blocks away is Tempelhofer Feld, and we thought we’d go for a stroll, but already it was nearing 4pm and the sun was hiding, which made it a little too cold for our tastes. I snapped a quick picture and then we headed toward the UBahn. 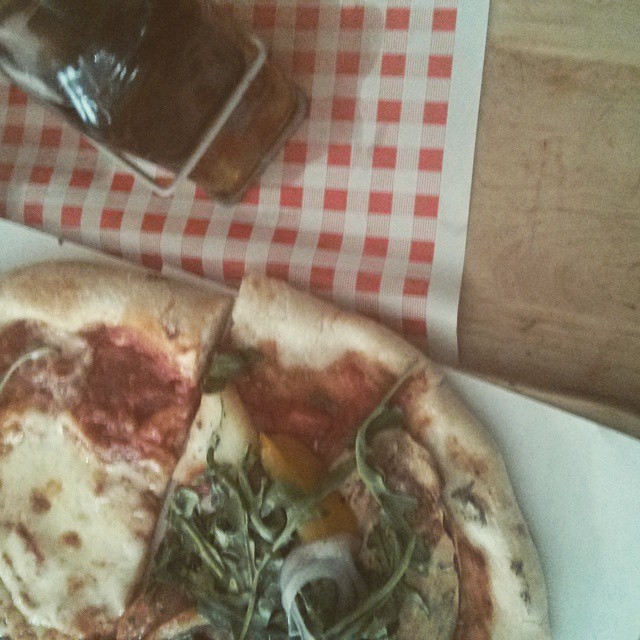 But we walked by Pazzi X Pizza, and M. can never resist pizza, so he had a cheese slice and I had the vegan slice, topped with hot oil. Then we finally made our way home and had another chill evening at home. 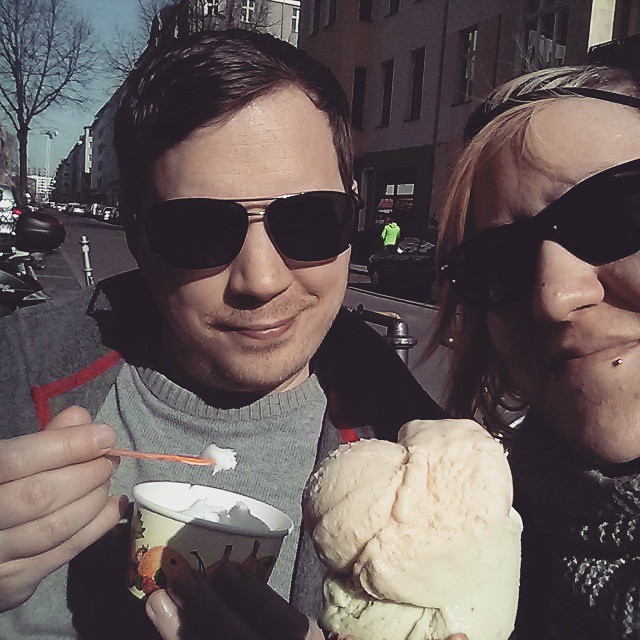 Sunday was even warmer than Saturday, so we took another walk, this time to Tanne B, where M. had lemon ice cream and I had vegan vanilla and pistachio. It was so sunny, so we sat out with our Kindles and got some reading done. 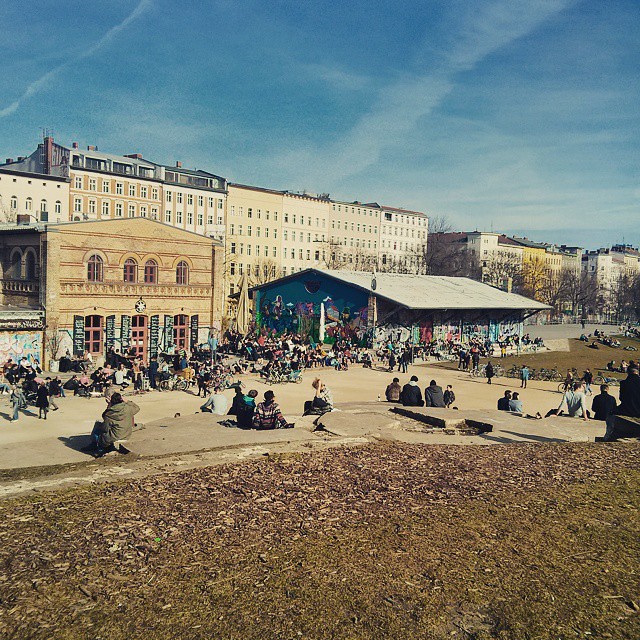 After, we didn’t really have any other plans, and I had some work to do, so we walked home, stopping off in Görlitzer Park to see all the people napping and drinking beer and playing frisbee and hanging out with their dogs. Back at home, we opened up the windows in the flat and enjoyed the fresh breeze and sounds of the approaching spring.

Not pictured:
-Watching more “House of Cards” (Is it just us or is this season kind of boring compared to the first two? We have two more episodes left and I am hoping something shocking occurs)
-Eating nachos
-Putting together the beginnings of a baby book for the little one