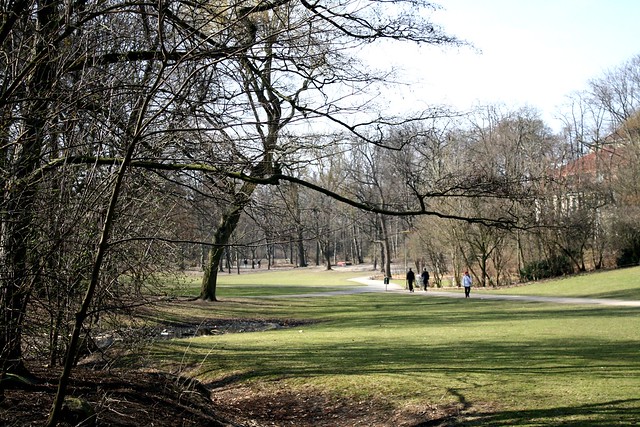 There’s nothing quite like a walk through a park just as the seasons are changing. And during my Zollamt adventures in Schöneberg earlier this year, I found myself walking through Rudolph-Wilde Park a handful of times, as it’s located directly between the office and the U-Bahn station. Though it wasn’t yet in full bloom, there were small signs of spring everywhere, particularly in the birds and squirrels and other animals making their presence known.

If you’ve spent any significant amount of time in Berlin, you know that there are dozens upon dozens of parks; for a big city, we certainly like our green spaces. This park in particular is not very striking. It seems kind of average, if not boring. There isn’t much to see or do when compared to, say, Gleisdreieck or Viktoriapark (two of my favorites). But it does have a lot of open space, and it’s very quiet. Maybe this changes in the warmer months, but the time I was there, aside from dog walkers and runners, there weren’t many people, and the ones that were there were locals out on a stroll or passing through.

My favorite part of the park is probably the little pond near the U-Bahn, along with, of course, the station itself (which actually blends in nicely with the natural surroundings). A short walk from there is also a tall statue of a golden deer that sits atop a pillar in the middle of a fountain. I spent some time sitting on the benches surrounding the fountain, and it’s a great place to sip a coffee or read a book. I’m definitely interested in returning to the park when everything is green and full of life; I imagine it takes on a new life in the warmer months. 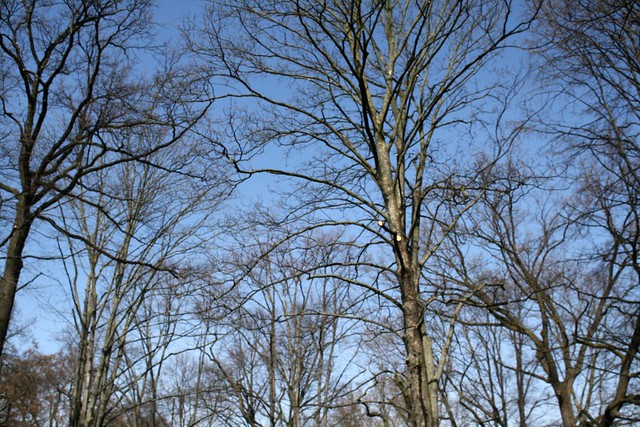 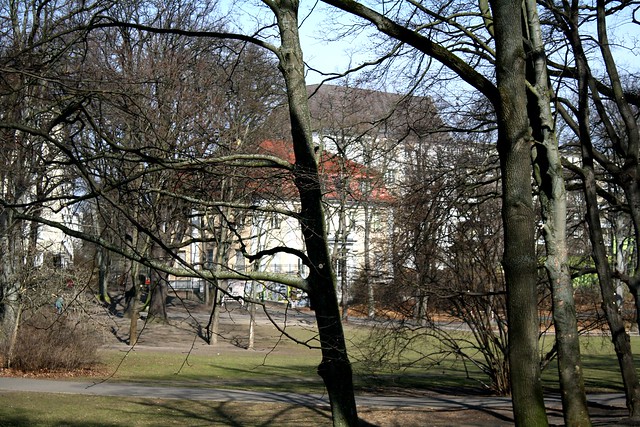 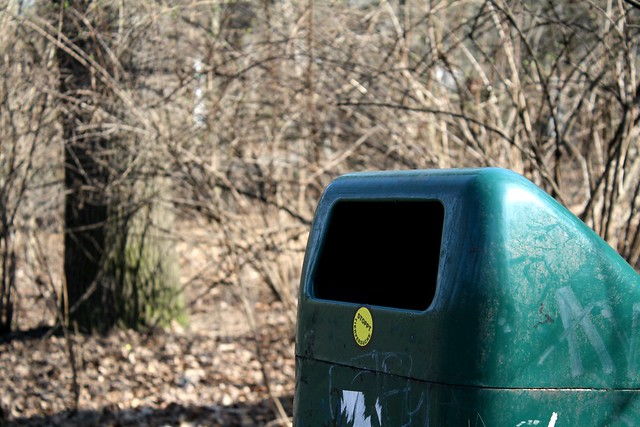 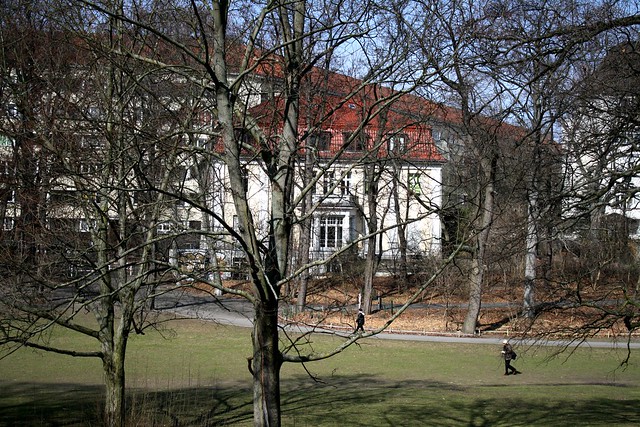 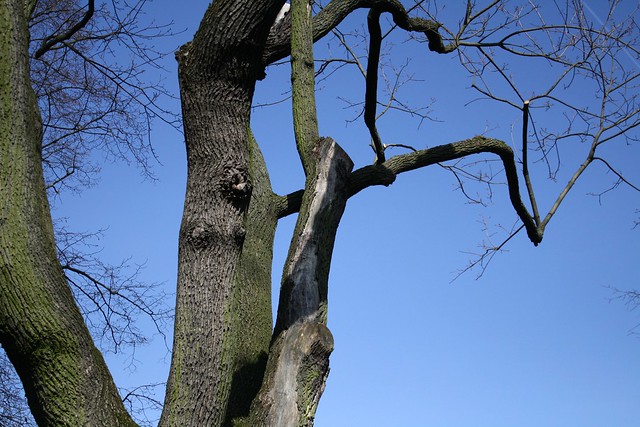 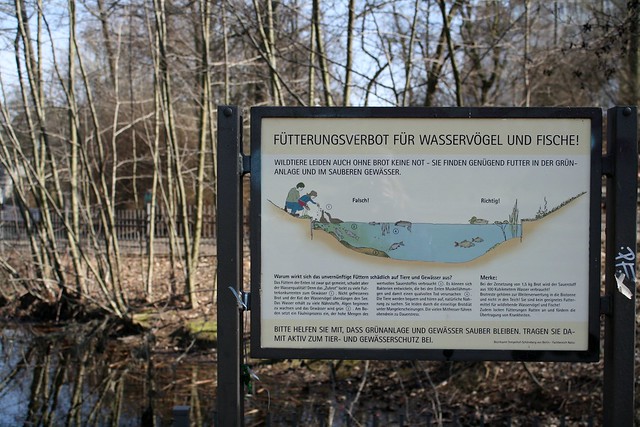 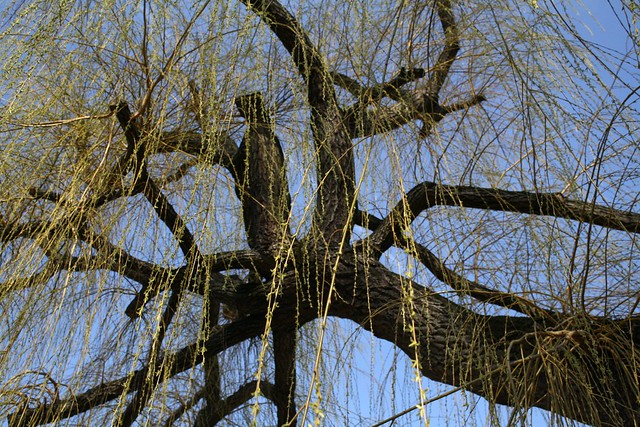 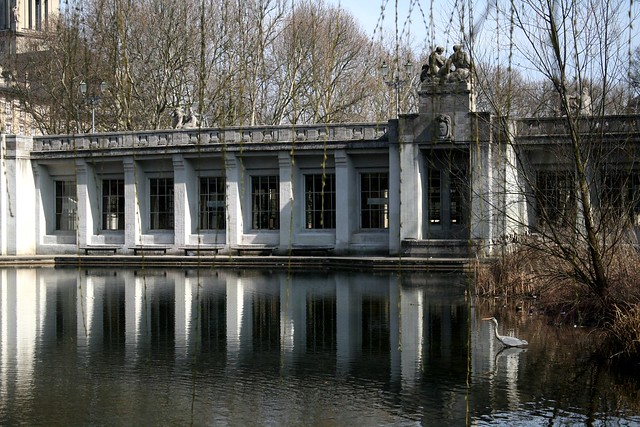 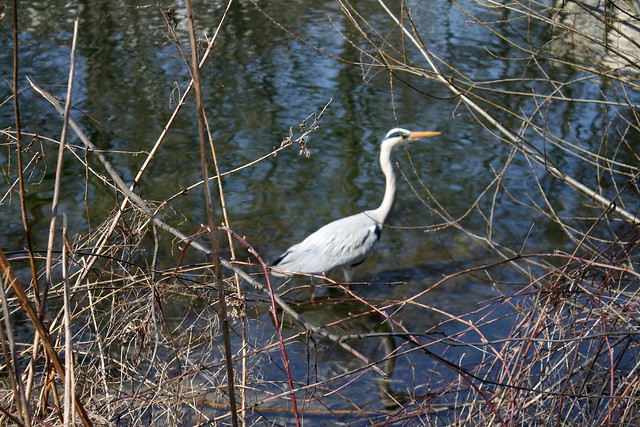 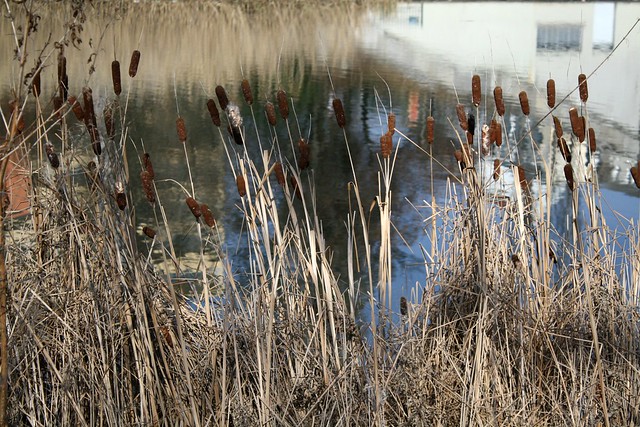 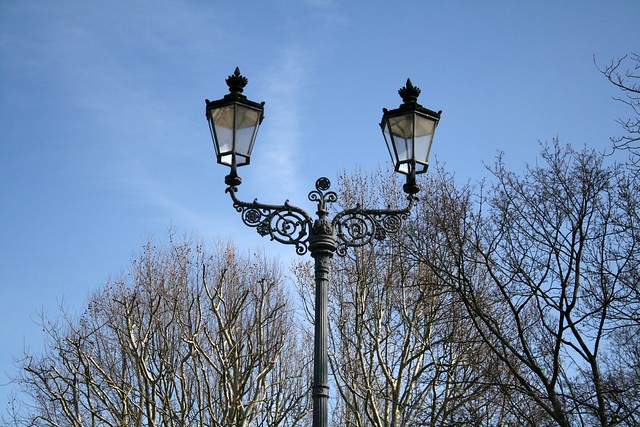