Well, February flew by, like it does every year, and I’m still somewhat surprised, like I am every year. Even so, a lot happened during this month. 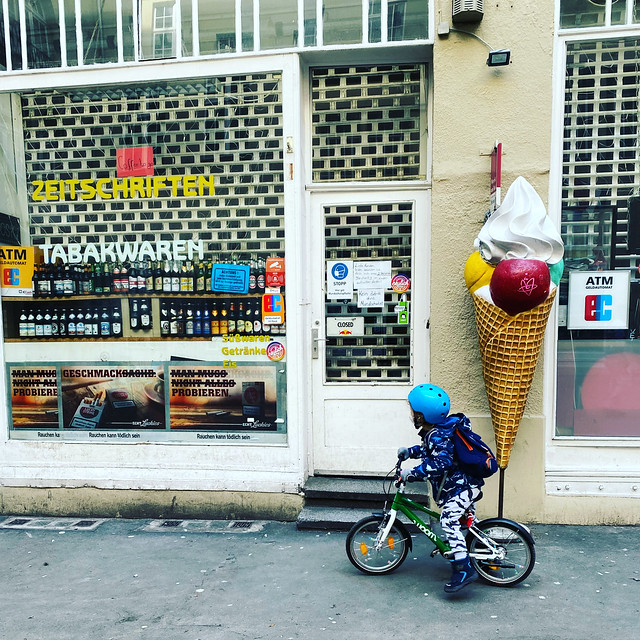 I read 6 books. I didn’t hit my goal of all the books I wanted to read, but… I read one in German with my kid, four by Black authors (one of which was translated from French to meet my translation challenge), and one which I edited. I’m still ahead of schedule for the year, and I want to continue finishing the many books I’ve started but not yet read completely (so that I can add a whole new slew of partially read books to my list, if we’re being real honest here). 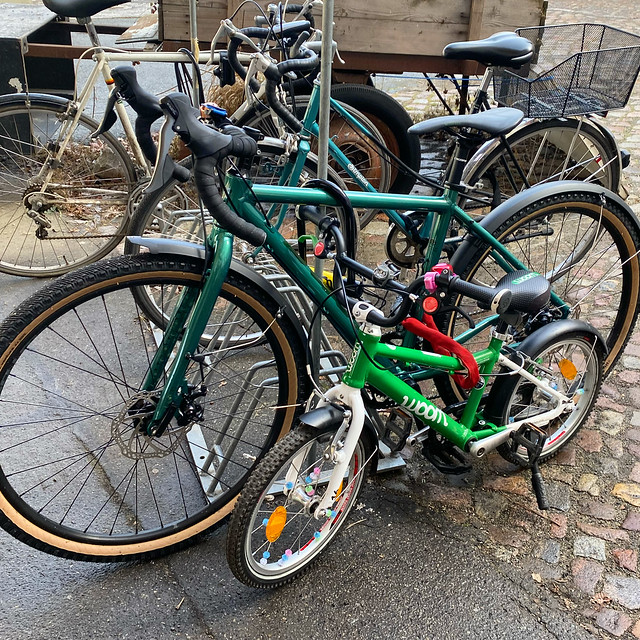 I rode 339 kilometers. Most of them were indoors, though not all. Even so, I’m looking forward to that changing in the coming month. 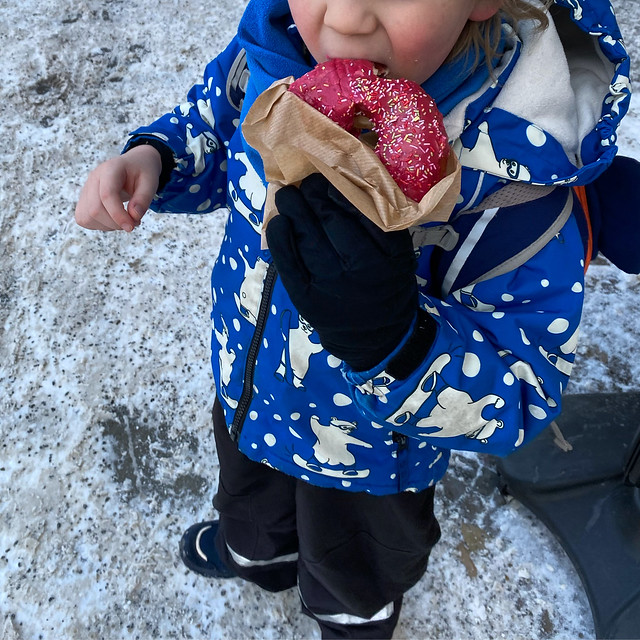 I settled into a routine of spending Monday through Wednesday with the kid and working Thursday through Sunday. Not ideal, but we did what we could to survive. 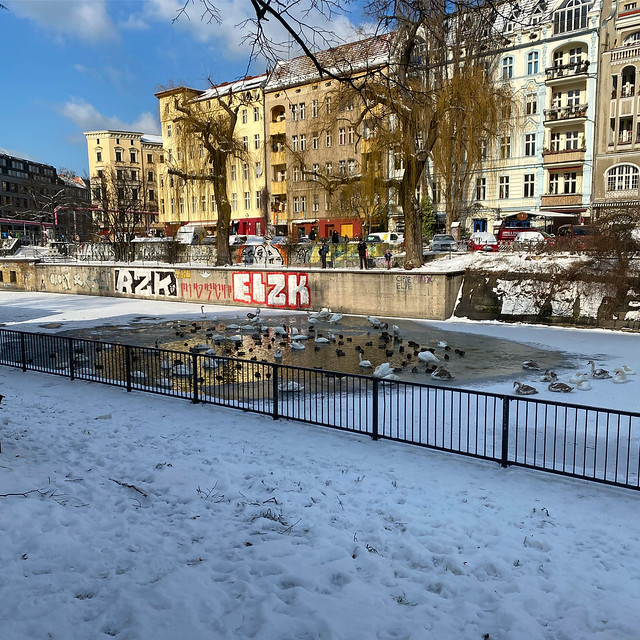 There was a lot a lot a lot of snow. More than we’ve ever had since the kid was born, and the most we’ve had in a long time. And I loved every second of it. One of my favorite days was when we took the sled out and spent a couple hours going down hills over and over. I’m glad too, because the snow was gone 48 hours later. 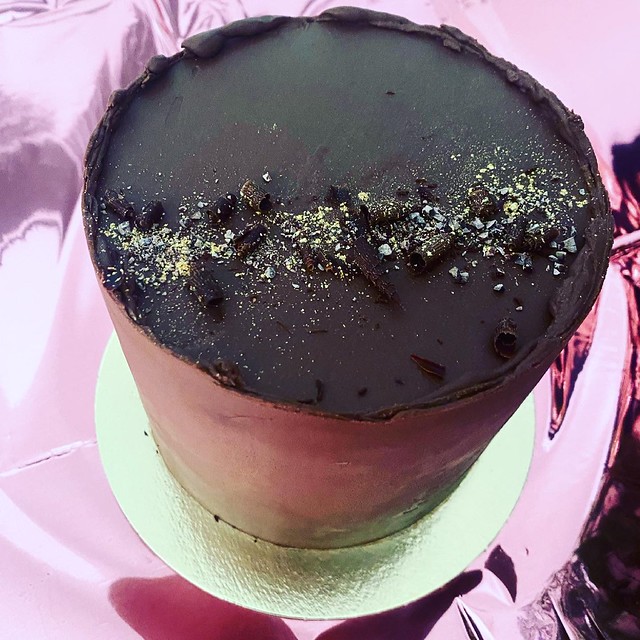 I had a birthday, which was about as perfect as a lockdown birthday can get. Last year I spent it in Charleston, South Carolina with my parents, brother, and son, and it was just as COVID was being reported on the news every night, mostly in relationship to cruise ships. We didn’t yet know how fast it would spread (was already spreading), or that it would be so poorly handled that eventually everyone in Germany would end up experiencing at least one birthday in “lockdown.” 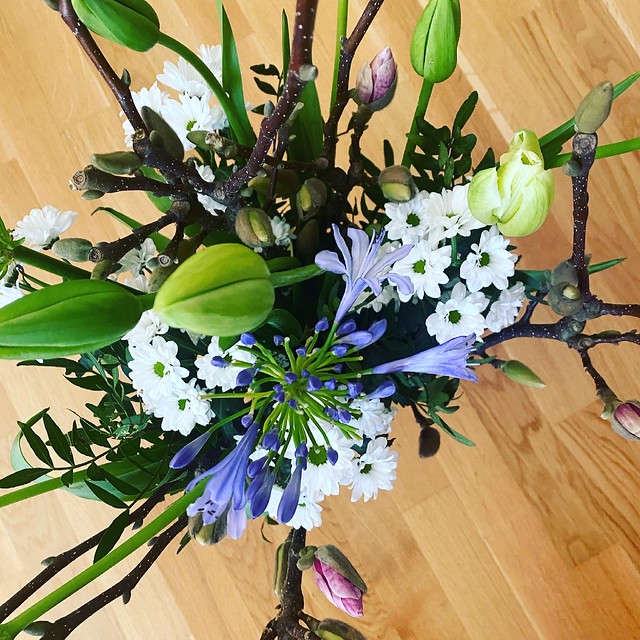 This year I spent it sleeping in, going on a bike ride, eating hummus in the park, enjoying an amaaaazzzzing vegan cake, getting great presents (books, crafts, Lego, a weighted blanket, surprise flowers…) and just relaxing and not working or worrying about anything. 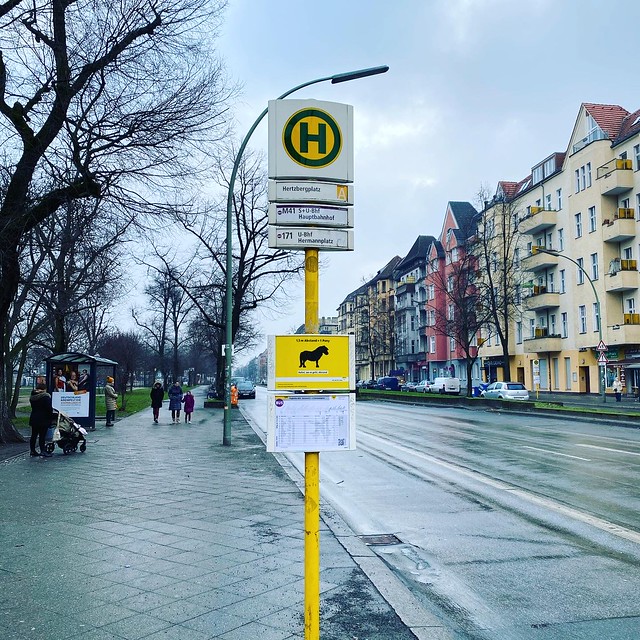 I’m in a strange place mentally: anxious and exhausted, eager for some sort of normalcy but scared of things moving too fast, a bit melancholy and nostalgic, in a place where I’m challenging myself to do things that scare me and feeling mostly good about it, and also still learning how and when to give myself a break. I don’t have any big plans for March other than getting outdoors on the bike more, planting seeds, soaking up the sun when it’s around, and trying to go to sleep earlier. Anything else is a bonus.