Quinoa Falafel Stuffed Eggplant from Cooking Quinoa
I think I liked this recipe more in concept than execution. The ingredients were all good ones, but it just lacked any kind of distinctive flavor. It also needed more salt than the recipe required. If I were to do it again, I would probably also add hot sauce to the quinoa falafel, as that’s a pretty essential ingredient when I make regular falafel, and makes the taste a bit rounder. However, I really like the idea of stuffing eggplant, so will definitely try that out again sometime, albeit with different ingredients. 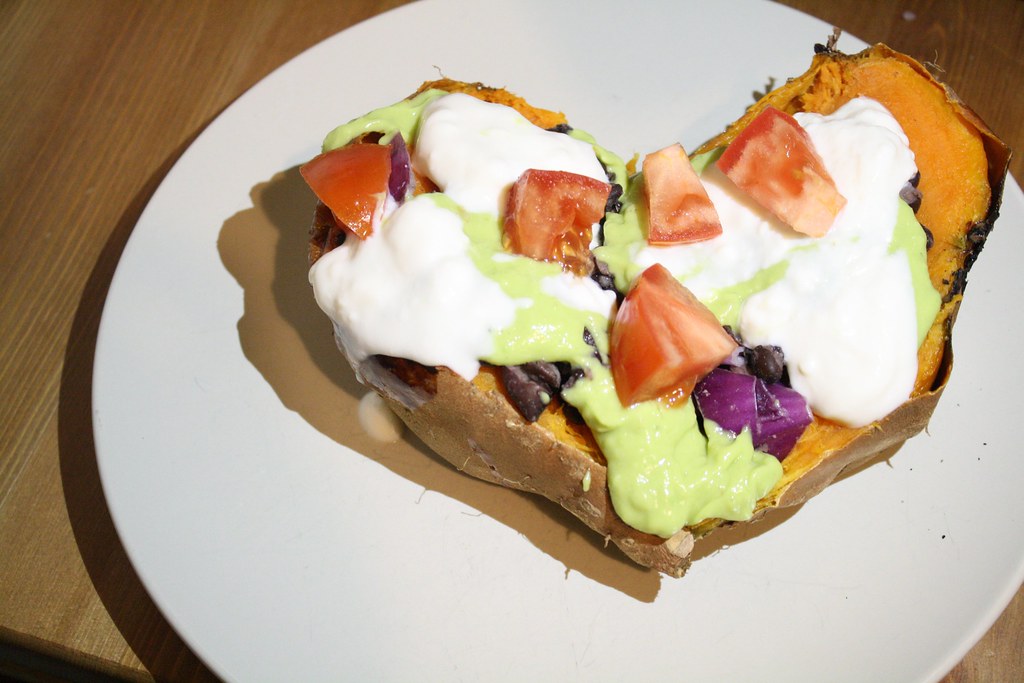 Spicy Black Bean Stuffed Sweet Potatoes with Avocado-Lime Sauce from Dishing Up The Dirt
I wasn’t sure how good this recipe would be, but all the flavors ended up complementing one another quite nicely. It was a nice take on a burrito but with a sweet base instead of a tortilla. It was also super filling. Not a meal I would have all the time, but every once in awhile it hits the spot.