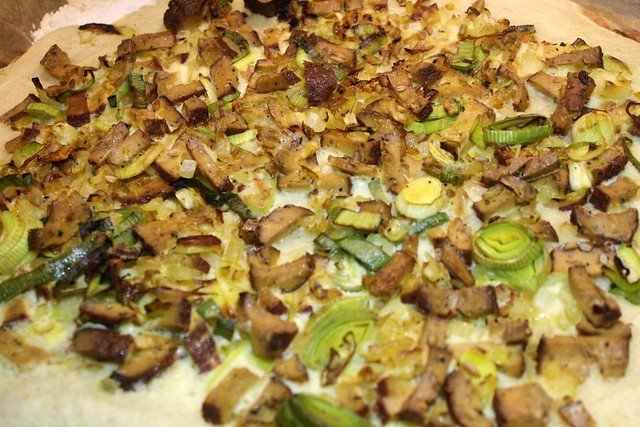 Flammkuchen from Der Bio Koch
My first experience with Flammkuchen was at our favorite vegan restaurant here in Berlin, Viasko. But it wasn’t until a few weeks ago that the idea to make my own got into my head. Enter this recipe. It was tasty…and easy! I am all about the toppings here. The crust, however, didn’t turn out as nice, so I’ll still need a few more tries of experimenting with it. Overall though, it was a pretty spot-on recipe. Great ingredients and flavor! 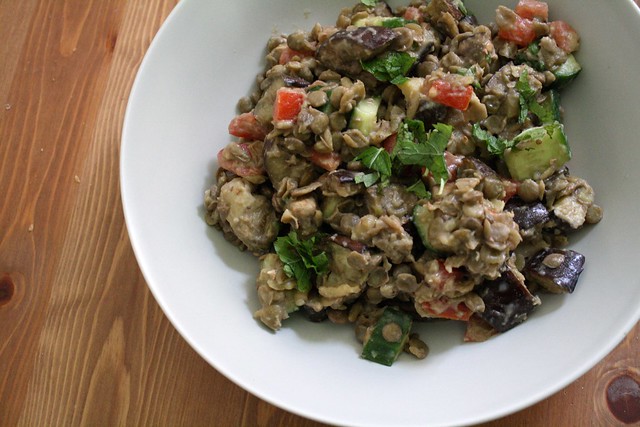 Roast Eggplant Lentil Tabbouleh with Lime-Tahini Dressing from Katherine Sacks
When this recipe popped up on my Twitter feed, I knew I had to try it. Another one with really healthy ingredients that aren’t too difficult to come by either. Interestingly enough, I left out the parsley, since we aren’t really parsley eaters in this house. I also only had mint in mine because M. is picky about it. Turns out, the mint is great (and M. ended up adding some to his) and the way the flavors all melded together made us rethink that parsley thing for future versions, as it would probably add more complexity to this dish. Definitely one to add to the summer salad collection. 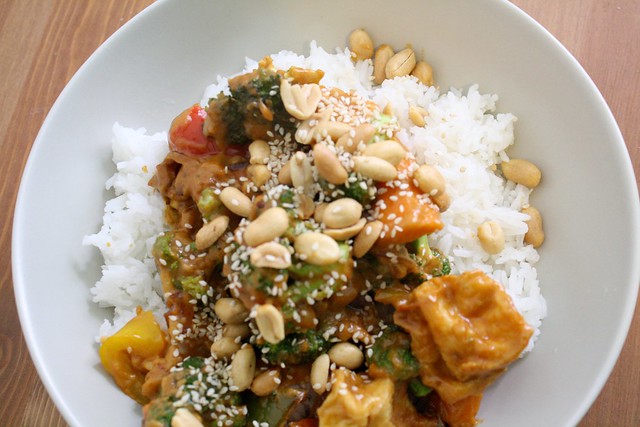 Spicy Thai Coconut Peanut Tofu from PS Heart
First things first. This recipe originally had shrimp in it. But I removed the shrimp and subbed in tofu–easy peasy. Also, I just left out the fish sauce and skipped the cilantro. Otherwise, followed it to a tee, and it was delicious! We used carrots, broccoli, and bell pepper for the veggies, and the sauce was great: spicy as promised but also creamy and rich with the peanut butter and coconut. YUM! Will definitely be making this again and again.