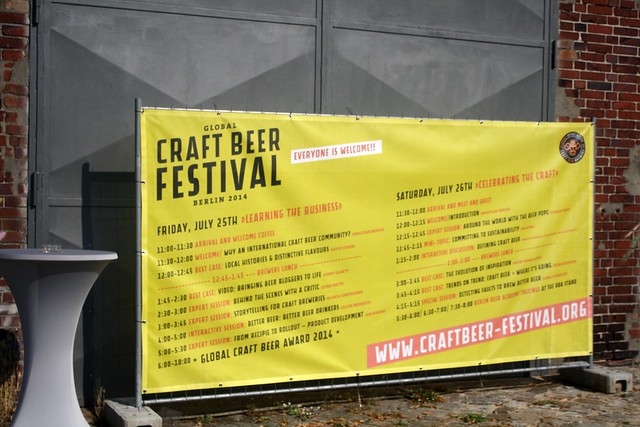 This weekend I made my way out to Marzahn for yet another beer festival, something which there seems to be no shortage of in Berlin. In contrast to the Berlin Craft Beer Festival, which I attended in May, the Global Craft Beer Festival featured some of those Berlin breweries alongside others from throughout the world (countries like Denmark, Israel, Italy, the Netherlands, Spain, etc.).

The event was hosted by the Global Association of Craft Beer Brewers and held at Alte Börse, a cultural/arts/events type of space. Yes, it was a bit of a trek east, but it was nice to see so many people leave the comfort of the ring and check out an unfamiliar part of town. I, for one, really enjoyed the bike ride out, because (although it was unbearably warm), I really got caught up in the East Berlin feel of it all, especially as I rode for miles past stretches of tall Plattenbauten.

I met a friend there around 3pm, and stuck around for four hours, trying five beers in that time. I made it a goal to try and check out beer I had not tried before, as well as non-German booths if I could help it. In total, I had the Hop Art #4 from vandeStreek, Kein Kölsch from Bier Fabrik Berlin (formerly Beer4Wedding), the Weizen Wit from Spent Collective, Olde Papa from Dancing Camel, and the Peter Pale and Mary from Mikkeller. Overall, the Weizen Wit and the Olde Papa were my favorites, but honestly, it was all good, and I only wish there was more time to try them all. I am definitely looking forward to next year (there will be another festival next year, right?). 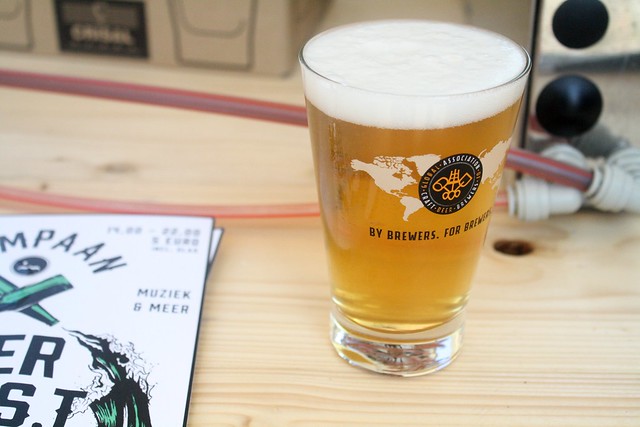 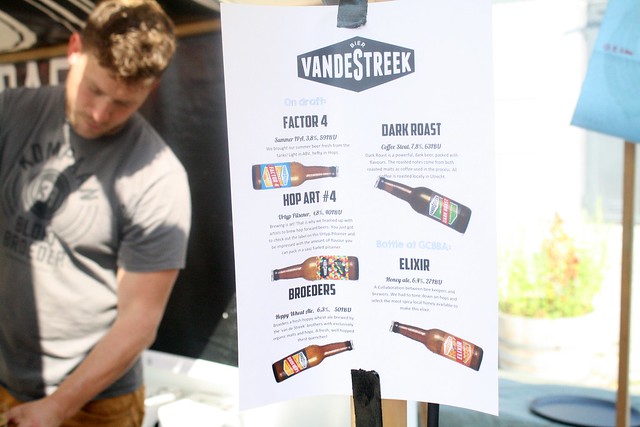 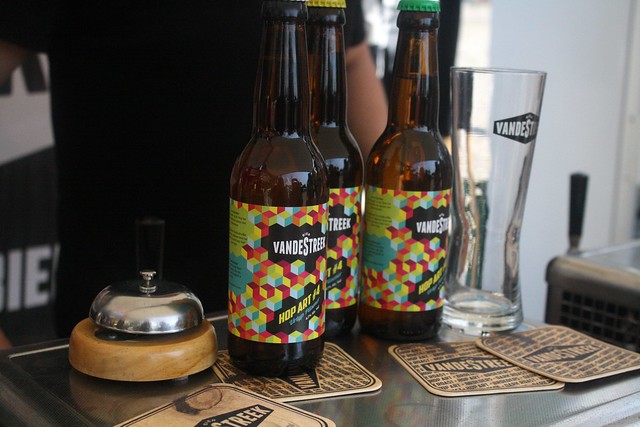 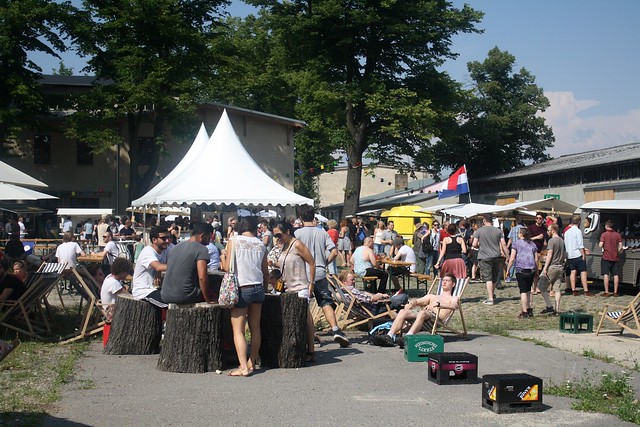 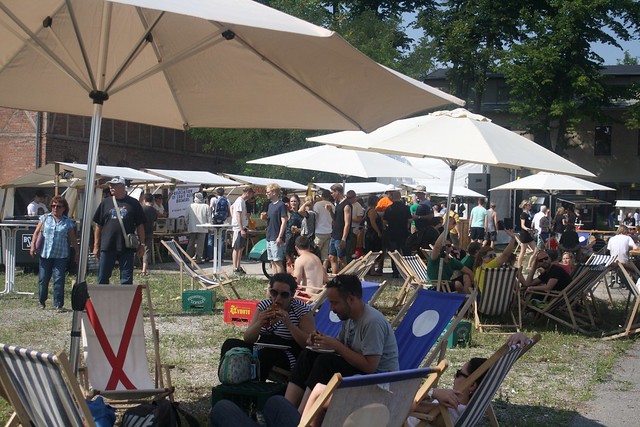 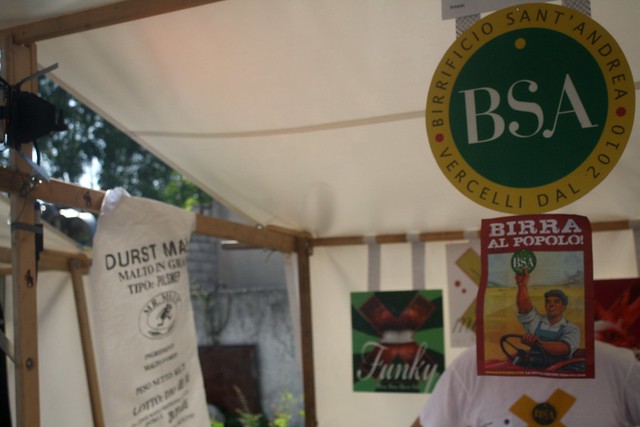 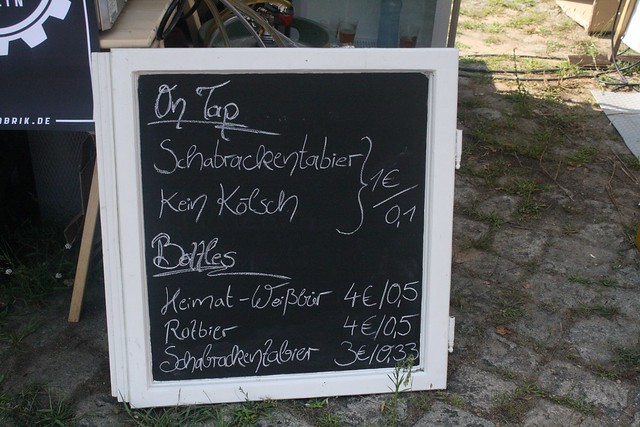 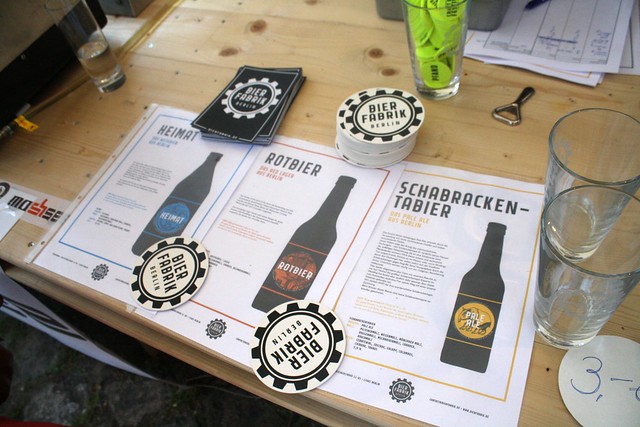 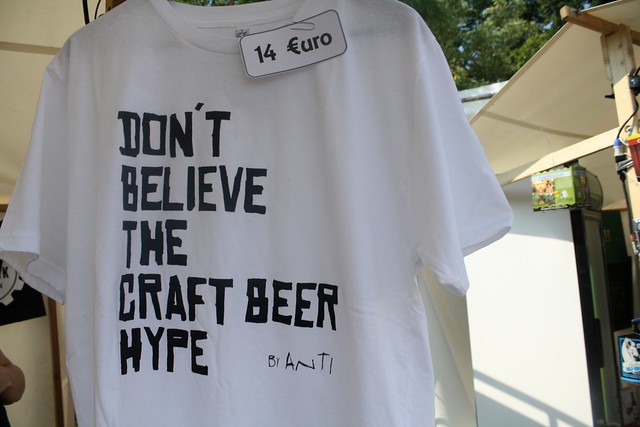 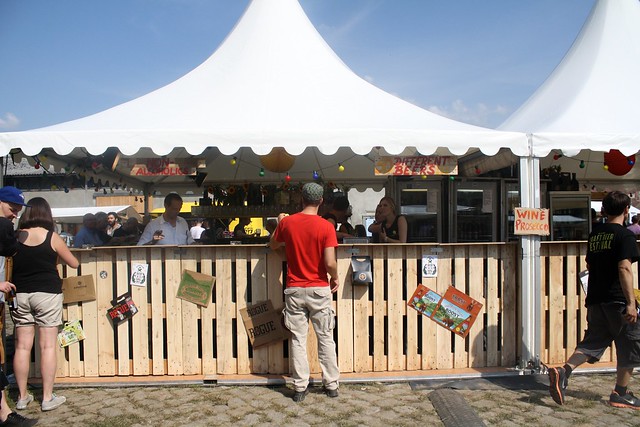 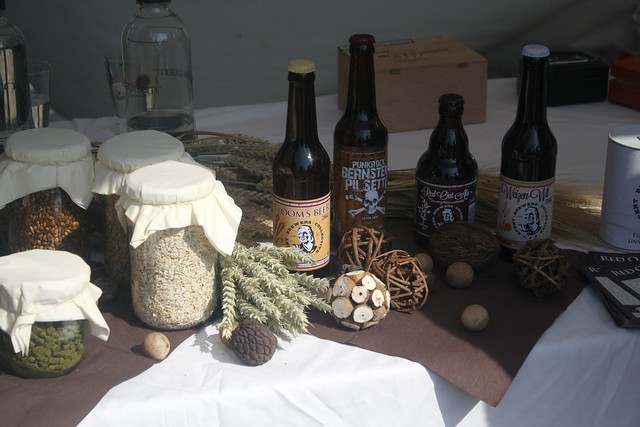 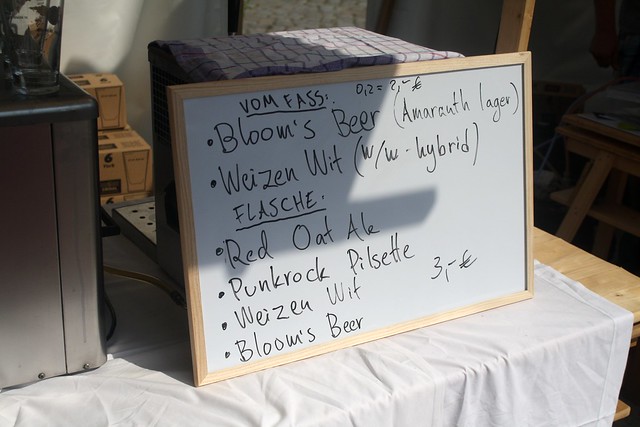 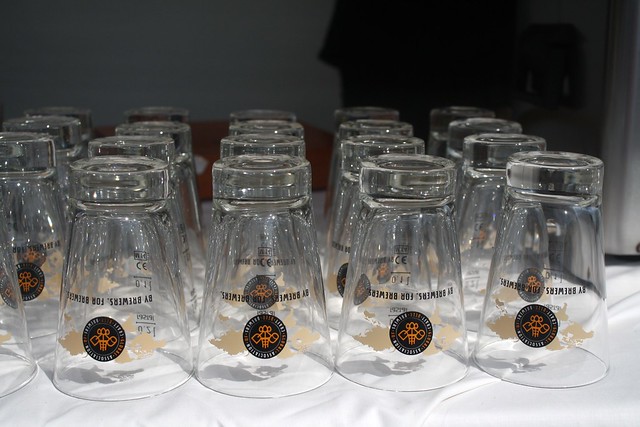 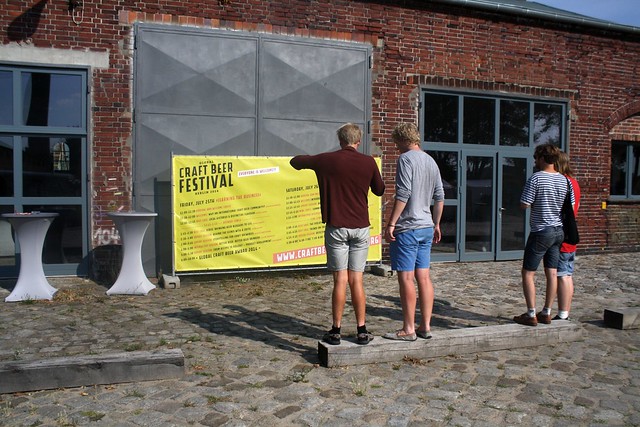 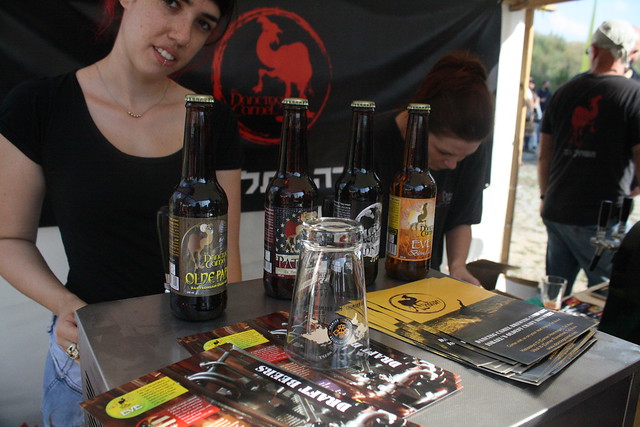 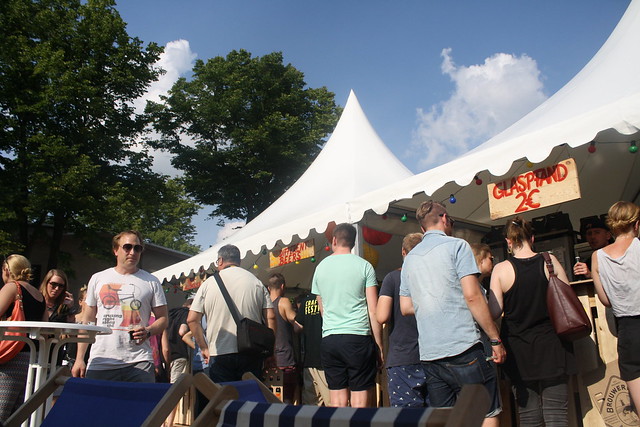 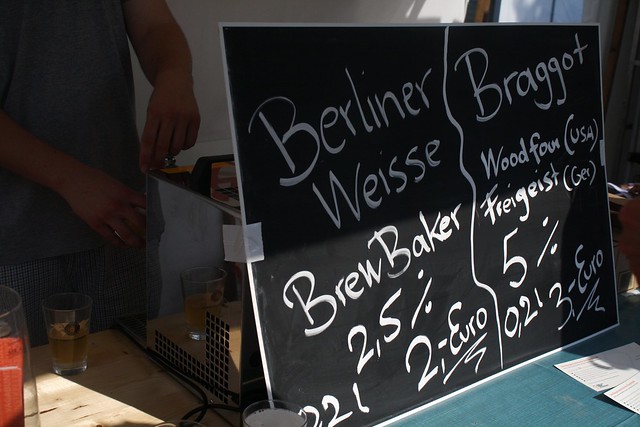 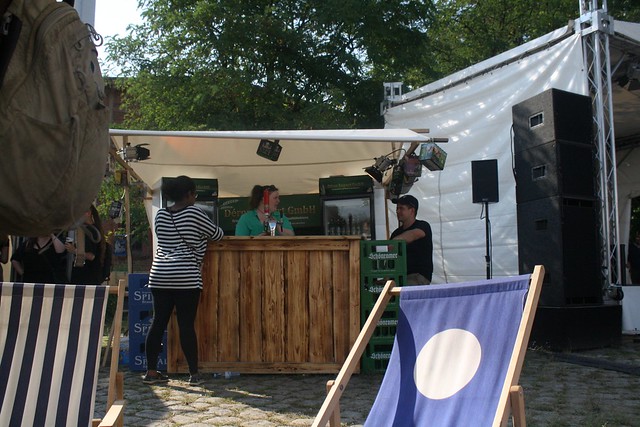 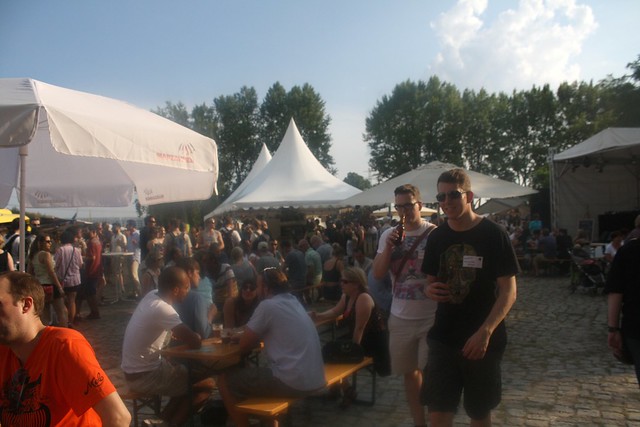 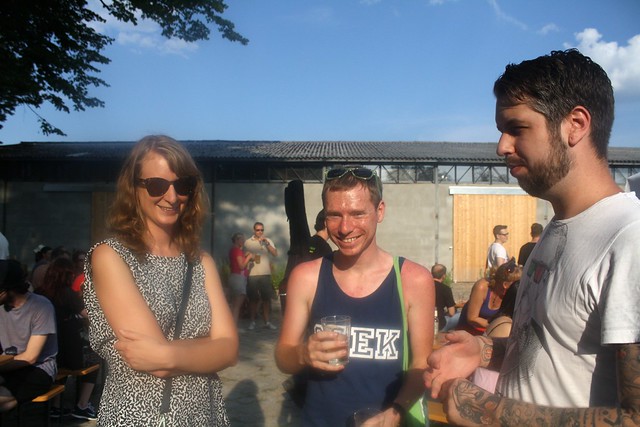