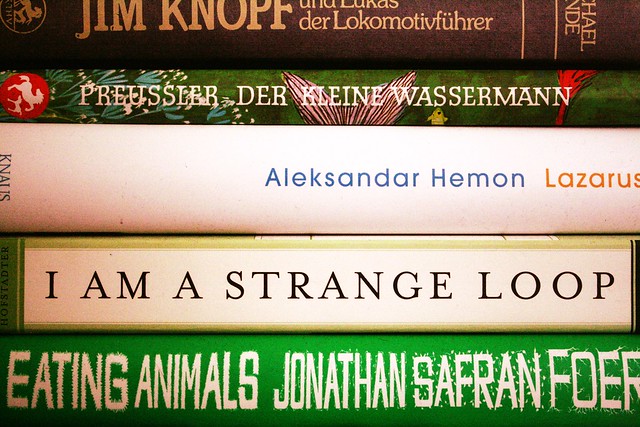 After reading 30+ books last year easily, I started off this year with a goal of reading 50 books, and I definitely made it, with some half-read books to spare. Here is the list of the 50 I read, pretty much in that order, with links to the reviews I wrote.*

(PS Add me on GoodReads!)

Now that it’s 2015, my goal is the same. I think 50 books a year is reasonable and doable. so I will shoot for that again. The only change I’d like it to be better at writing reviews of them. That said, any book recommendations you want to give me?

*Those who follow me on Twitter might note that I also had two other books I wrote about, but I didn’t finish them (which is the trouble with writing about them before finishing them, something I stopped doing halfway through exactly for this reason). These books were “The Blue Flower” by Penelope Fitzgerald (originally #12) and “Love in the Time of Cholera” by Gabriel García Márquez (originally #24). I do hope to finish both of these books at some point (though the former is proving to be difficult), but I just didn’t get to the end before 2014 came to a close.